Ricardo Diaz to retire in May of 2020 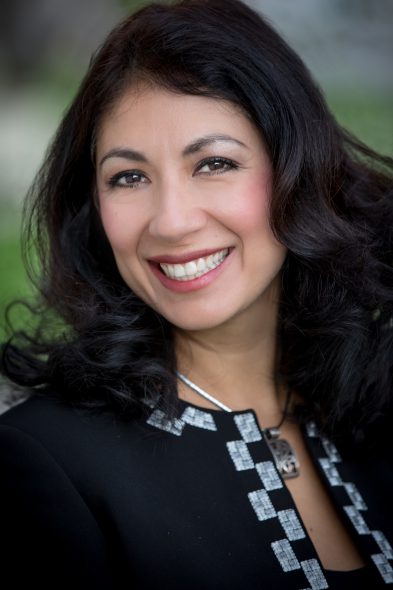 Milwaukee, Wisconsin (November 5, 2019) – The Board of Directors of the United Community Center is pleased to name Laura Gutiérrez as the new Executive Director, as Ricardo Diaz confirms retirement for May of 2020.

UCC is proud to welcome Laura Gutiérrez to the role of Executive Director when her predecessor, Ricardo Diaz retires in May of 2020. Gutiérrez has been serving at UCC as the Associate Executive Director since January of 2019.   Gutiérrez returned to the center with a long previous tenure at UCC in a variety of roles including Assistant Principal and Director of Instruction at Bruce Guadalupe Community School, as well as classroom teacher and a youth worker as a teenager.

Just prior to returning to UCC, Gutiérrez served at the State of Wisconsin as the Secretary of the Department of Safety and Professional Services managing a biennial budget of $100M and more than 240 employees.  Before working for the State, Laura most recently served as Vice President of Academic Affairs at St. Anthony School in Milwaukee, the largest Catholic K-12 school in the country.

“I am humbled and honored to take the lead to ensure UCC continues to make a significant impact on several generations of our Hispanic community. The team at UCC is dedicated and committed, and it will be my privilege to work together and provide new opportunities for the families we serve,” stated Gutiérrez.

Gutiérrez grew up in Milwaukee, attending the Bruce-Guadalupe Community School, and as a teenager worked as a Drug Prevention Outreach Worker. She graduated with a Bachelor of Science degree from Carroll College and a Master of Arts in Leadership and Policy from Marquette University. Gutiérrez also completed the District Administrator Licensure Program at Cardinal Stritch University and received her Superintendent license in 2016. Gutiérrez resides in Wind Lake with her husband George, and they have four children.

“These are exciting times and the UCC Board of Directors is confident that Laura can lead UCC into the future, building on our 50 year tradition of service as we continue to grow and ensure all children and families in our community can succeed,” shared UCC Board Chair Jose Olivieri, Partner at Michael Best and Friedrich. “We have been fortunate to have an amazing leader in Ricardo Diaz for many years, and his passion and relentless drive has allowed the agency to help thousands realize their potential.  The Board has carefully and deliberately planned for his retirement and knows the future is bright for UCC.”

Ricardo Diaz, UCC’s visionary leader, will retire in May of 2020 after serving the last 17 years as the Executive Director, and several years previously in the late ‘80’s.  Well known throughout Milwaukee for his solutions-oriented, collaborative and optimistic style, Ricardo has led UCC through a period of remarkable growth. Diaz joined UCC in 1984 in the agency’s infancy. With his solutions-oriented approach, Diaz quickly reinvigorated the agency’s mission and stressed accountability and measurable results. After a successful tenure of growing the agency and bringing financial stability, Ricardo left in 1989 to begin a career with the City of Milwaukee.

When Diaz started again in his role in April of 2003 upon the retirement of UCC leader Walter Sava, Ricardo set out to continue to capitalize on UCC’s momentum. At the time, Bruce-Guadalupe Community School (BGCS), had an enrollment of 600 and the public charter school now boasts enrollment of 1700 students, making BGCS one of the largest K-8 schools in the state.

Diaz has led the agency through several significant capital campaigns including the Building on Success campaign to raise almost $8M to expand BGCS; and build a new technology and trade focused middle school, the UCC Acosta Middle School. The agency’s latest endeavor parallels his passion for education as the path out of poverty.  The $9.5M campaign will expand UCC’s campus for the first time to 53215 zip code to build a new UCC Early Learning Academy. Diaz and Gutiérrez have worked side by side since January to lead and complete this important endeavor.

Gutiérrez will lead the agency’s comprehensive programs, including Bruce-Guadalupe Community School, UCC Acosta Middle School, and family supportive services alongside a tenured senior leadership team and more than 400 dedicated employees. Bringing a passion for education, broad management experience and a strong understanding of the community challenges and needs, Gutiérrez will officially assume the role as Executive Director on May 1, 2020.

Gearing up to celebrate 50 years of service in 2020, UCC serves clients ages six weeks to 100+ on Milwaukee’s south side in areas of education, youth precollege and prevention programs, elderly care, adult recovery services, neighborhood development. Most recently the agency embarked upon a $9.5M capital campaign to construct the state-of-the-art UCC Early Learning Academy to serve children as young as six weeks and provide Head Start and quality early childhood programming to one of the most densely populated and impoverished zip codes in the state.

The United Community Center (UCC) provides programs to Hispanics and near South Side residents of all races and ages in education, cultural arts, recreation, community development and health and human services in an effort to help individuals achieve their potential by focusing on cultural heritage as a means of personal development.

The partnership will help vulnerable older adults get the medical and long-term care services necessary to live as independently as possible and reduce the need of moving into a nursing facility.