Kathryn Henry, soprano
Soprano Kathryn Henry, a Wisconsin native, received her Master of Music degree from The Juilliard School as a proud recipient of the Toulmin Foundation Scholarship in 2018. At The Juilliard School, she performed the role of Arminda in Mozart’s La finta giardiniera, as well as featured performances in Liederabend, opera scene showcases, and recital programs. After finishing her degree, she was a member of the Wolf Trap Opera Studio where she covered the role of Juliette in Gounod’s Roméo et Juliette. Acclaimed for her “magnificent color and simplicity” (Urban Milwaukee), her opera credits include Governess (The Turn of the Screw), Erste Dame (Die Zauberflöte), Suor Angelica (Suor Angelica), Gretel (Hansel and Gretel), Clarina (La cambiale di matrimonio), and L’écureuil (L’enfant et les Sortilèges). Additionally, Ms. Henry has covered roles including Katya (Katya Kabanova) and Mimi (La Bohème). Ms. Henry has appeared as a guest soloist with ensembles including the Milwaukee Symphony Orchestra and the Chautauqua Symphony Orchestra. In recital, she has performed alongside pianists Brian Zeger, Craig Rutenburg, and Mikael Eliasen. In the summer of 2017, Ms. Henry participated as a guest singer in the Kyoto International Student Music Festival of Kyoto, Japan. Ms. Henry has been a finalist in the Metropolitan Opera National Council Auditions and the 30th Eleanor McCollum Competition for Young Singers. 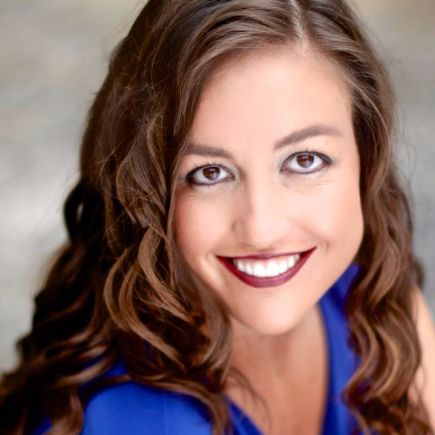 Meghan Folkerts, mezzo-soprano
Mezzo-soprano Meghan Folkerts, a native of Scottsdale, AZ, has sung with Seattle Opera, Shreveport Opera, Sea- gle Music Colony, and Opera in the Ozarks. Her recent roles include Countess Ceprano (Rigoletto), Madrastra/ Madrina (Cinderella in Spain), Toledo (The Falling and the Rising), Autumn (Service Provider), Jordan Baker (The Great Gatsby), Babette (Beauty and the Beast), Domme (Safe Word), Second Lady (Die Zauberflöte), and Franca Naccarelli (The Light in the Piazza). Her concert work includes Vivaldi’s Gloria, Berg’s Sieben Frühe Lieder, and Brahms’ Liebeslieder, Op. 52. Folkerts completed her Master’s degree at the prestigious Jacobs School of Music at Indiana University. She received her Bachelor’s degree from Wisconsin Lutheran College in Milwaukee, so she is thrilled to be returning to Milwaukee for Florentine’s 2019-2020 season! 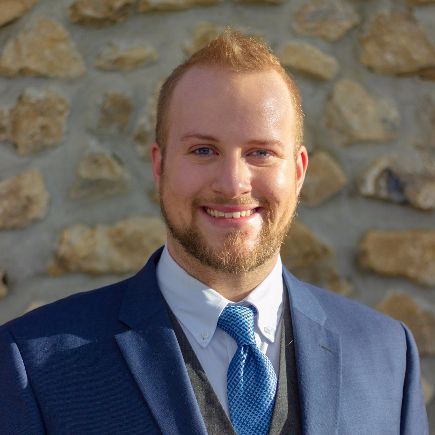 Luke Selker, tenor
A Wisconsin native, tenor Luke Selker has had the privilege of performing many diverse roles, recently as Lenny in Carlisle Floyd’s Of Mice and Men. He has also recently performed as Rodolfo in La Bohème. Other roles Luke has sung include Don Basilio from The Marriage of Figaro, Chevalier de la Force from The Dialogues of the Carmelites, Vašek from Bartered Bride, The Gobernador from Candide, and music from many other roles and operas. He is known for his deeply nuanced interpretation of character and for the burnished warmth and brilliance in his vocal tone. Luke has recently graduated from Florida State University with his Master’s degree in Music. He also holds a Bachelor’s degree in Music from Belmont University. He has enjoyed a varied range of solo repertoire, including newly written works such as the premiere of “On Death,” for tenor voice and orchestra written by Ian Good; oratorio and sacred works such as Vaughan Williams’ Hodie and Handel’s Messiah; as well as an extensive array of art song, with special attention to the music of Robert Schumann. 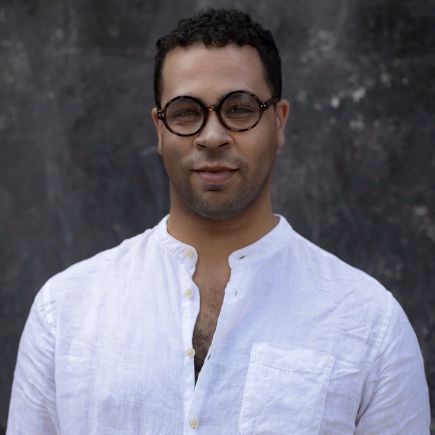 Samuel James Dewese, baritone
American baritone Samuel James Dewese is rapidly making a name for himself as an evocative artist in the US and abroad. Samuel is a graduate of the Royal College of Music, London (mPerf with Distinction). He was supported there by a Vivian Prins Award, studying under Graeme Broadbent and Gary Matthewman. On the competition stage Samuel has twice been honored as a district winner by the Metropolitan Opera National Council Auditions, captured second prize in the 2015 James Toland Vocal Arts International Competition, was a grand finalist in the 2017 Hariclea Darclée International Competition (Braila, Romania), and was invited to the 55th Francisco Viñas International Singing Contest 2018 in Barcelona. In June 2017, Samuel gave the European premiere of Eric Malmquist’s Chicago Songs in London and appeared as the baritone soloist in Handel’s Chandos Anthem No. 9 in Portsmouth Cathedral. In 2018, Samuel performed the title role of Eugene Onegin by Tchaikovsky in scenes at the RCM and appeared as a soloist with Highgate Choral Society. He also created the title role in the world premiere opera John Henry by McCarthy with Tête à Tête Opera, and joined Opera Della Luna singing Astrophel in The Arcadians at Wilton’s Music Hall. In August 2019, Samuel sings Lady Macbeth in the world premiere of The Perfect Opera by Davis at the Edinburgh Festival.

MORE ABOUT THE PROGRAM:

Now in its 12th season, the Baumgartner Studio Artist Program has changed the way Milwaukee connects with opera. Our move to Riverwest and to the Wayne and Kristine Lueders Florentine Opera Center fundamentally increased the quantity and quality of our community and education outreach.  Audiences can now enjoy opera year-round at the Lueders Opera Center and in venues beyond the Marcus Center.

The Donald and Donna Baumgarter Studio Artist Program is a training performance program designed to give promising young singers experience in order to grow professionally in the opera art form. This community-events-driven training program utilizes the Studio Artists as performers for the main-stage and as ambassadors throughout the Florentine Opera’s education and community engagement initiatives. The Baumgartner Studio Artist Program auditions hundreds of singers each year. By providing world-class training along with housing, we are able to attract the very best young operatic talent in the country and better serve our community. The Florentine Opera’s Donald and Donna Baumgartner Studio Artist Program is competitive with major opera companies across the country including Lyric Opera of Chicago, the Houston Grand Opera, and the San Francisco Opera.

As the stars of Florentine’s Opera on the Go program, the Baumgartner Studio Artists engage with 17,000 students each season. At a number of MPS schools, students also learn to perform alongside the artists. This coming season Opera on the Go will bring Cinderella to students throughout SE Wisconsin.

The Baumgartner Studio Artists will also perform in three @ The Center Series concerts, which will be held at the Wayne & Kristine Lueders Florentine Opera Center in Riverwest (926 E. Burleigh Street).

ARTIST INFORMATION / INTERVIEWS:
For additional artist biography information or to schedule an interview, please contact Kristine Davis-Koch by telephone at 414/291.5700 ext. 212 or via email at kdaviskoch@florentineopera.org.