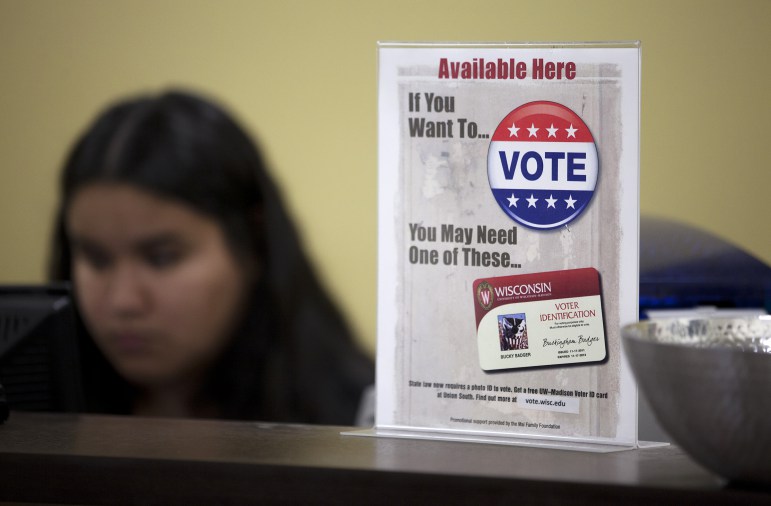 A comprehensive UW-Madison study is underway to determine if Wisconsin’s new voter ID law played a role in the lowest statewide turnout for a presidential election in over two decades.

The study will review the impact of Wisconsin’s voter ID law, considered by some as among the most restrictive in the nation. It will focus on Dane and Milwaukee counties, which have the highest percentage of minority and low-income voters in the state.

About 66 percent of voting age people in Wisconsin cast ballots on November 8. That turnout was down nearly four percentage points compared to 2012 and was three points behind the predictions from state election officials.

Most counties in Wisconsin saw a decline in turnout, but the drop was particularly dramatic in Milwaukee County, where nearly 50,000 fewer votes were cast this year compared to 2012.  Preliminary exit polling showed that turnout fell off most among young voters and African-Americans.

In Dane County, turnout was up slightly in real numbers, but down roughly 2 percent from four years ago among registered voters.

“Overall there were few problems on election day,” said Milwaukee County Clerk Joe Czarnezki. “However, there were reports of voters who showed up to the polls with the wrong form of photo ID, while others simply did not go to the polls because they feared they did not have proper ID.  This study will move us from anecdotes to facts.”

Kenneth Mayer, a UW-Madison political science professor (608-263-2286/krmayer@wisc.edu), is leading the study. The UW hopes to have an initial report ready by August, 2017.