"Non-partisan redistricting can help bring our state together and force members from each party to work together like my constituents asked me to do."

MADISON – Today, Governor Tony Evers announced his plan to include redistricting reform in the 2019-2020 biennial budget. Representative Robyn Vining (D-Wauwatosa) issued the following statement in support of this decision:

“I am thrilled my very first piece of legislation has been included in the People’s Budget. Wisconsinites have a constitutional right to be fairly represented by their elected officials, regardless of their political affiliation. Partisan gerrymandering is wrong when Democrats do it, and it is wrong when Republicans do it. Voters should get to choose their politicians, politicians should not get to choose their voters.”

“In the latest Marquette poll, 72% of voters say they prefer redistricting of legislative and congressional districts to be done by a nonpartisan commission. Wisconsinites have spoken, and broadly across parties demanded fair mapping. The time has come for the politicians to listen to the people, and Governor Evers has shown he is listening.”

“When I was running for the Assembly last year, everyone I met urged me to do the same thing: work together. Non-partisan redistricting can help bring our state together and force members from each party to work together like my constituents asked me to do. Let’s move beyond political games and gerrymandering, and let’s bring back fairness. I want to thank Governor Evers for doing just that.” 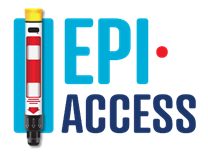