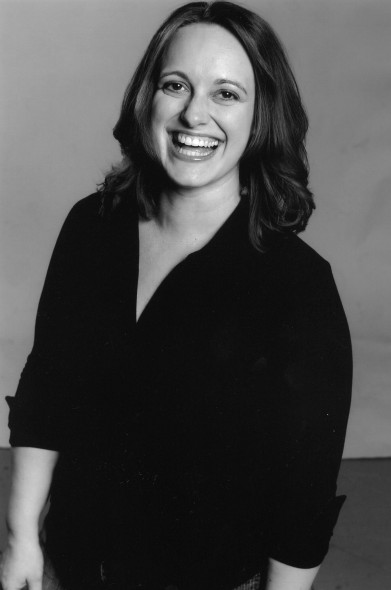 Marcella Kearns is a Milwaukee-based actor and theatre educator, seen on stage in MCT productions including MOONLIGHT AND MAGNOLIAS, JEEVES IN BLOOM and BOEING BOEING. She is also set to make her MCT directing debut with the company’s upcoming production of VANYA AND SONIA AND MASHA AND SPIKE, previewing Thursday, August 11 and opening Friday, August 12.

Kearns first joined MCT’s administrative team in 2013. In addition to her work with MCT, she teaches acting and theatre skills to students level K-4 through lifelong learners as an independent coach and as an adjunct instructor in the region, most often through Carthage College and First Stage.

Producing artistic director C. Michael Wright says, “As our education and literary manager over the past three years, Marcy has proven to be an incredible asset! She’s a wonderfully caring, creative and positive presence, while also being a fine administrator, showing great attention to detail. I recognized that she is ready, and much more than able, to take on more artistic responsibilities. This is a great step forward for all of us here at MCT!”

Kearns earned an MFA in acting from the University of South Carolina and completed a Fulbright Fellowship in Vienna, Austria, where she studied dramatic literature and taught primary and secondary student-level EFL. The former education director of Milwaukee Shakespeare from 2004-2008, she spearheaded that company’s multi-year participation in the National Endowment for the Arts’ Shakespeare for a New Generation initiative. She is also a former TCG Observership recipient.

Matthew Reddin joins MCT after several years working as a writer, editor and theatre critic in the Milwaukee area, most recently as the arts editor at the Wisconsin Gazette. He also served as the managing editor for former online arts magazine Third Coast Daily (now incorporated into Urban Milwaukee). He received a dual BA in journalism and writing-intensive English from Marquette University.

“Matthew brings with him strong writing and management skills,” says managing director Kirsten Mulvey, “as well as copy layout and social media experience. He brings a great deal of knowledge and passion for the Milwaukee arts community to the company.”

Milwaukee Chamber Theatre’s 42nd season will begin later this summer with VANYA AND SONIA AND MASHA AND SPIKE, by Christopher Durang, running August 11 to 28. Performances will take place in the Broadway Theatre Center’s Cabot Theatre, 158 N. Broadway in Milwaukee’s Historic Third Ward. Tickets can be purchased at the Broadway Theatre Center Box Office at 158 N. Broadway, by phone at (414) 291-7800 or online at milwaukeechambertheatre.com.