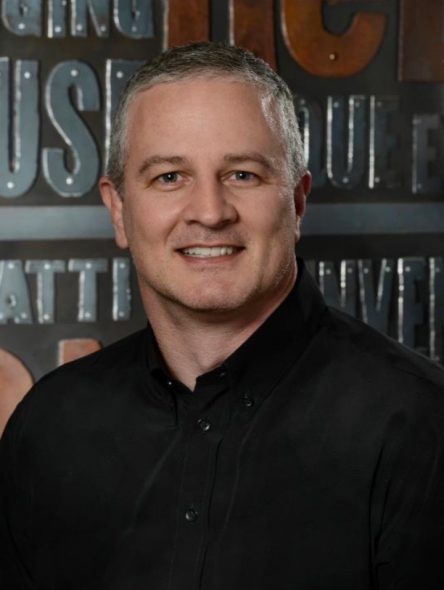 MILWAUKEE — Marquette University has named Paul Jones as its new vice president and general counsel, President Michael R. Lovell announced today. Jones, who has served as intrapreneur-in-residence in Marquette’s 707 Innovation Hub since February 2020, will begin in his new role on Jan. 4, 2021.

Jones joins Marquette after spending 10 years as an executive officer at Harley-Davidson as the company’s chief legal officer, as well as other strategic business roles. He represented Harley-Davidson in co-founding the Near West Side Partners, of which Marquette is an anchor institution, and served as a member of the NWSP Board of Directors and chair of the Steering Committee.

“Paul is a familiar figure on campus and he embraces the mission and values of Marquette University in his time with the 707 Hub and through his work with the Near West Side Partners,” President Lovell said. “We are excited by the wisdom and experience he will bring to Marquette, and I have the utmost confidence that he will lead the Office of General Counsel strategically and with our university values in mind.”

“I’m truly humbled and extremely excited to join the leadership team at Marquette University and I appreciate President Lovell offering me this opportunity,” Jones said. “I’ve worked closely with many people at Marquette during my time at Harley-Davidson, with the Near West Side Partners and now at the 707 Hub. Marquette is an excellent Catholic, Jesuit university, and I look forward to engaging in its exciting future and serving its mission.”

At Harley-Davidson, Jones managed the company’s global legal risk and oversaw all legal matters—including the company’s product integrity, product recall and public policy/government affairs functions. From 2015 to 2018, he also worked to transform and lead a wide range of key business functions, including corporate strategy, business development, business intelligence, and strategic licensing and partnerships.

In his capacity as intrapreneur-in-residence in the 707 Hub, Jones has overseen student-run venture capital programs, served as a mentor for student-led business startups, worked to strengthen and coordinate collaboration for innovation programing and activity across the university, and is helping to develop an intrapreneurship pathway as a program of distinction.

He is also a member of the Marquette Law School Dean’s Advisory Board and serves as vice chair of the Greater Milwaukee Foundation Board. Jones has been recognized as a “Diversity Champion” and “Top Corporate Counsel” by the Milwaukee Business Journal.

Jones was previously a partner at the law firm Foley & Lardner LLP in Milwaukee. He earned his law degree from Georgetown University and holds advanced degrees from Northwestern University’s Kellogg School of Management and the University of Oxford’s Saïd Business School.

President Lovell expressed his appreciation for the work done during the past several months by the Office of the General Counsel since the retirement of former Vice President and General Counsel Cindy Bauer. “I want to especially thank Senior Associate General Counsel Jeff Kipfmueller for his continuing dedication to Marquette in leading the office as acting vice president since April,” President Lovell said. “Jeff has served Marquette for more than 25 years and I’m grateful for his enduring commitment to our university.”