MMFHC’s complaint alleged that Waukesha County engaged in illegal housing discrimination on the basis of race, color and national origin.

Milwaukee, WI – The Metropolitan Milwaukee Fair Housing Council (MMFHC) has reached a conciliation agreement with Waukesha County, resolving a housing discrimination complaint MMFHC filed with the US Department of Housing and Urban Development (HUD) in March 2011.

MMFHC’s complaint alleged that Waukesha County engaged in illegal housing discrimination on the basis of race, color and national origin, and that the County violated HUD’s mandate to affirmatively further fair housing. MMFHC alleged that from 2006 to 2011, Waukesha County deployed more than $12,500,000 in federal CDBG and HOME funds to 35 individual jurisdictions without adequate consideration for its impact on fair housing choice by people of color. The complaint argued that the County funding policy had the effect of perpetuating racial and ethnic segregation. Specifically, by continuing to fund jurisdictions – like New Berlin, Brookfield, Menomonee Falls, the City of Waukesha, Mukwonago and others – that have actively prevented the development of affordable housing, the County discouraged integration of mostly-white communities.

The Milwaukee – Waukesha metropolitan area is the most segregated region in the nation for African-Americans and in the top third of large metropolitan areas for residential segregation of Hispanics. While Milwaukee County’s population is racially and ethnically diverse, Waukesha County’s population is starkly homogeneous. MMFHC filed the complaint after several years of working with a coalition of organizations including the ACLU of Wisconsin, Legal Action of Wisconsin, IndependenceFirst, and Disability Rights Wisconsin, all of which have a shared goal of increasing housing opportunities in Southeastern Wisconsin. Each of these organizations, individually and in concert, made attempts to promote integration and affordable housing opportunities in Waukesha County, but given institutional barriers posed by County government, coalition members’ efforts were stymied.

Under the terms of the agreement, Waukesha County will undertake a variety of activities with the aim of promoting integration and expanded housing choices:

“I am hopeful Waukesha County will become more integrated and inclusive as a result of this agreement. Communities do not become and remain all-white by accident. They exist because local governments and private actors erect barriers to racial and ethnic integration. Therefore, undoing that segregation requires conscious, deliberate actions,” said William R. Tisdale, MMFHC’s President and CEO. The Senior Administrator of MMFHC’s Inclusive Communities Program, Kori Schneider-Peragine, is optimistic about the efficacy of the County’s planned actions: “For instance, when implemented thoroughly, tools such as Fair Housing Impact Statements will be easy-to-use roadmaps that enable communities to take measureable steps toward the creation of a more equitable housing market for everyone. We’re all better off when we increase housing choices and live up to our shared values of equal opportunity for all.”

According to Attorney Michael Allen, of Relman, Dane & Colfax, PLLC, one of the attorneys who represented MMFHC, “This agreement – which was reached on the first day of the Trump Administration – is evidence of the continued vitality of the obligation to affirmatively further fair housing. We applaud the County for its willingness to address concerns about segregation, and we applaud HUD for its careful investigation and skill in bringing these parties together in an agreement that will expand fair housing choice for families of color.” MMFHC was also represented by Robert Theine Pledl of McNally Peterson, S.C.

MMFHC is a private, non-profit organization whose purpose is to promote fair housing throughout the State of Wisconsin by combating illegal housing discrimination and by creating and maintaining racially and economically integrated housing patterns. It operates satellite offices in Dane County (the Fair Housing Center of Greater Madison) and in Northeast Wisconsin (the Fair Housing Center of Northeast Wisconsin).

Persons who feel they may have experienced unfair lending practices or illegal housing discrimination should call 414-278-1240 or 1-877-647-FAIR (a toll-free number for use outside the 414 area code). 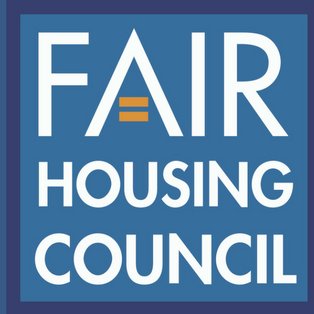 Leading Housing Policy Researcher and Author of The Color of Law, Richard Rothstein to Speak at MATC

Rothstein is lauded as a leading historical expert on housing policy.