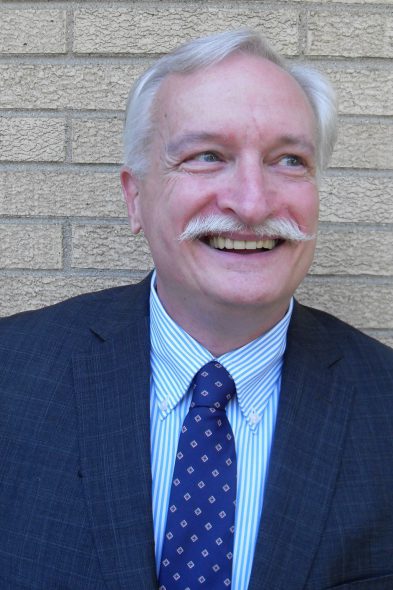 Early Music Now, Milwaukee’s pre-eminent presenter of Medieval, Renaissance, and Baroque music, has announced the appointment of Charles G. Grosz as its new Executive and Artistic Director. Mr. Grosz will take the place of Charles Q. Sullivan who is retiring after 16 years with EMN.

In announcing the appointment of Mr. Grosz, EMN’s current Board President Katherine Lambert said how pleased the EMN Board is to have found someone with the broad range of experience and skills—both non-profit management and musical—that Mr. Grosz brings. Most recently, Mr. Grosz has served as Executive Director of the Wisconsin Philharmonic where he was responsible for development of the concert season, artist selection and negotiation of artist contracts, grant writing and fundraising, audience development, venue selection, hiring and managing staff, volunteer recruitment and training, and coordination of outreach activities. As a professional double bass player who understands the challenges faced by musicians on tour and away from home for long periods of time, Mr. Grosz looks forward to welcoming musicians from all over the world who come to Milwaukee to perform as part of Early Music Now’s concert season.

For the coming year, Katherine W. Lambert will continue as Early Music Now Board President. Ms. Lambert is a trust and estates attorney who opened her own firm in 2011, and has been active on the board and committees of Early Music Now for 16 years. Philip H. Lucht, an Associate at the law firm of Kohner, Mann & Kallas, continues his role as Vice President. Donald A. Cress, retired Dean of the College of Letters and Sciences at the University of Wisconsin-Parkside and a past Early Music Now Board President, will step into the role of Treasurer; and collaborative cellist and teacher Alicia K. Storin will continue as Secretary.

At its first meeting of the fiscal year on July 18th, the Board welcomed Charles Grosz to his new role and expressed great appreciation to Charles Sullivan for his outstanding management of the organization over the last sixteen years. The Board also reviewed the results of the 2016-2017 celebratory 30th Anniversary season noting record attendance (mostly full houses), consistent rave reviews, and positive financial results.

EMN now looks forward to its 31st Season with a projected balanced budget of $308,900. Series and individual tickets are on sale for a season that includes vocal ensemble Cappella Pratensis (Netherlands) celebrating the 500th Anniversary of the Reformation, a concert of Spanish-influenced dance music by La Poeme Harmonique (France); a “Mediterranean Christmas” performed by The Boston Camerata with Sharq Arabic Music Ensemble; the Flanders Recorder Quartet (Belgium), an Early Music Now favorite coming to Milwaukee for the last time; a return visit by Ensemble Caprice (Canada) for a program of Baroque music; and The Queen’s Six (England) coming to Milwaukee from Windsor Castle on their first American tour.

Early Music Now is widely regarded in the world of early music as one of the most creative and successful organizations in the United States, enabling it to attract the very finest early music ensembles from around the world. In addition to presenting both established and emerging artists from the North American continent, EMN season programming has included performer/educators from Argentina, England, Estonia, France, Germany, Scandinavia, and Spain.