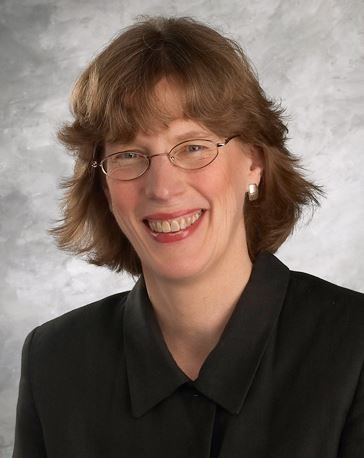 Early Music Now, Milwaukee’s pre-eminent presenter of Medieval, Renaissance, and Baroque music, has announced the leadership team for its 30th Anniversary Season. With a dual focus of Celebration and Recalibration, the organization is poised to celebrate its significant growth and success, while also preparing for the future by closely reviewing and evaluating its role in this community and in the larger world of the performing arts.

The volunteer Board of Directors welcomes trust and estates attorney Katherine W. Lambert as its new President. Ms. Lambert is a trust and estates specialist who opened her own firm in 2011, and has been active on the board and committees of Early Music Now for 15 years. Philip H. Lucht, an Associate at the law firm of Kohner, Mann & Kallas, continues his role as Vice President; Jill D. Robertson, Assistant Vice President at BMO Harris Equipment Finance Co. continues as Treasurer; and collaborative cellist and teacher Alicia K. Storin moves into the role of Secretary. Donald A. Cress, retired Dean of the College of Letters and Sciences at the University of Wisconsin-Parkside, continues on the board as Immediate Past President.

The Board also welcomes two new members: Timothy Sterner Miller, Senior Lecturer in Music History and Literature at the University of Wisconsin-Milwaukee; and Daniel A. Paprocki, a music professor and professional clarinetist. Returning to the Board with several years of prior service are Nancy K. Peterson, Partner in the law firm of Quarles & Brady; and Donald R. Stacy, a recently retired financial executive.

Continuing their service on the board are Fidel Antonio Perez, string teacher at St. Robert School in Shorewood and founder of Camerata Milwaukee; Teresa L. Crain, instrumentalist and volunteer; Anjali Rameshbabu, Center Manager and Research Associate for the Oregon Healthy Workforce Center; and Caen Thomason-Redus, professional flutist and Director of Community Programs for the Detroit Symphony Orchestra.

At its first meeting of the fiscal year, on July 19th, the Board reviewed the results of the 2015-2016 season, noting record attendance (mostly full houses), consistent rave reviews, and generally positive financial results. While expenses were kept slightly below budget, and individual support and sponsorships were on target, a slight shortfall in foundation and government funding left the organization about $3,000 short of achieving its usual balanced budget.

An ambitious 30th Anniversary Season has been announced, with a projected balanced budget of $320,000. Series and individual tickets are on sale for a season that includes the viol consort Fretwork (London), music before 1300 with Sequentia (Paris), two Christmas concerts with the Rose Ensemble (St. Paul), a special U.S. debut performance of Cuba’s Ars Longa De La Habana, “An Appalachian Gathering” with Apollo’s Fire (Cleveland), a Baroque murder-mystery with Infusion Baroque (Montreal), and an added concert featuring clarinetist Eric Hoeprich and the London Haydn Quartet.

Early Music Now is widely regarded in the world of early music as one of the most creative and successful organizations in the United States, enabling it to attract the very finest early music ensembles from around the world. In addition to presenting both established and emerging artists from the North American continent, EMN season programming has included performer/educators from Argentina, England, Estonia, France, Germany, Scandinavia, and Spain.