New Location Will Enable Brewery to Move Production In-House, Expand Its Portfolio of Beers and Launch a Chef-Driven Menu in a Roomier Taproom 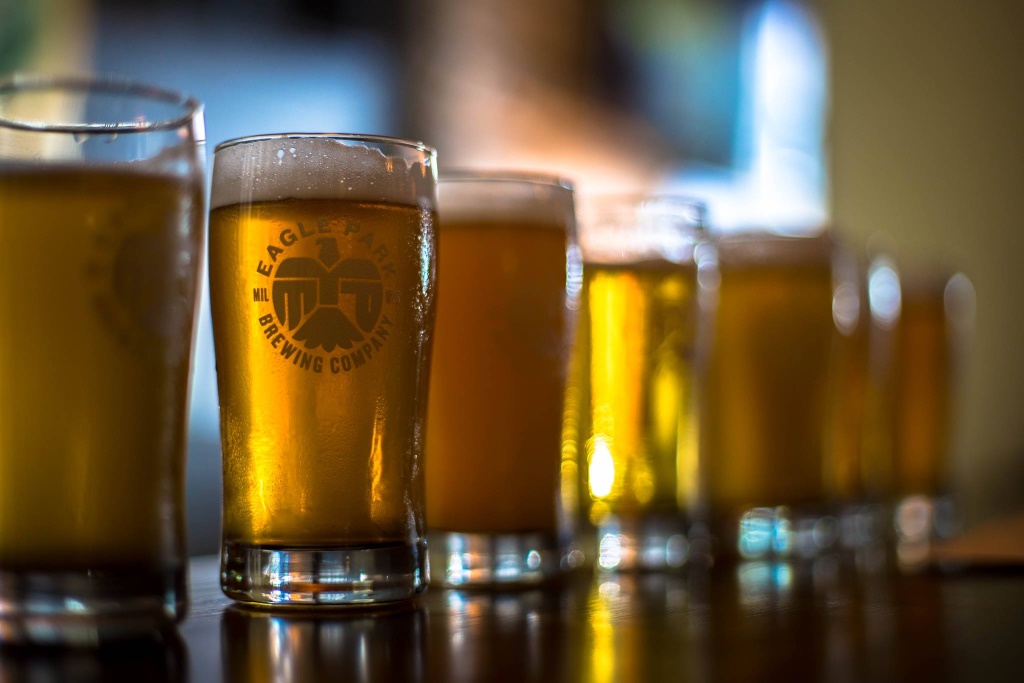 Eagle Park Brewing Company – founded in 2015 by brothers Jack and Max Borgardt, and Jake Schinker – has acquired the physical assets of Like Minds Brewing Company at 823 East Hamilton Street on Milwaukee’s Lower East Side. The asset acquisition will enable the nascent Eagle Park Brewing Company to execute on its growth plans, including bringing all production in-house, expanding its beer portfolio, and opening a roomier taproom complete with a full-food, chef-driven menu.

Already, Eagle Park Brewing is in the process of relocating its operations from the Lincoln Warehouse in Bay View, where it has been operating since January of 2017. The 5,000-square-foot facility on East Hamilton Street, one block off Brady Street, is nearly five times the size of Eagle Park’s current location and will allow the company to:

The brewery anticipates opening its Lower East Side location at the end of March 2018.

“We are more than just a little excited about our plans for expansion,” said Max Borgardt, Owner. “We have been incubating our brews and business for some time now, and are ready to take the next step in expanding our brand. Having our own in-house production facility with a canning line will allow us expand the distribution of our core beers while adding new beers to our lineup.”

Eagle Park Brewing Company’s core brands include Loop Station Golden Ale, Set List IPA and Immortal Soul DIPA. Its other brands include, but are not limited to, Amarillo Submarine, You Like Jazz?, Huey Lewis and the Booze, and Line Check, among others. They are also excited to expand production of their Milkshake series — a cream ale base with lactose sugar, vanilla, and a fruit. To date they have released multiple variants including passionfruit, berry, raspberry, mango, peach, mocha, and a passionfruit IPA.

While Eagle Park Brewing Company’s new space is much larger than their current Lincoln Warehouse space, “Our goal is to recreate the warm and welcoming vibe that people have come to expect of our current taproom,” Max Borgardt said.

Chef Nathan Heck will bring his unique culinary talents to the taproom’s tables. Heck, who honed his skills at Braise and through his own Factotum Custom Catering company, prefers to use fresh, responsibly grown local ingredients in his food, and will incorporate beer into his food as much as possible. “We came to know Nathan while we were both tenants at the Lincoln Warehouse, and we share a mutual love of music, food and beer, so it was a perfect fit for us,” Max said. “Nathan’s creations will complement our beers, and enhance our patron’s taproom experience.”

Eagle Park’s current taproom at the Lincoln Warehouse will be kept open into March. Taproom hours of operation can be found at its website at www.eagleparkbrewing.com.

Eagle Park Brewing was founded by two brothers who live to write music and drink beer. Like their band, the brewing started in the garage, and like their songs, the beer tells a story. It’s a story of dedication and commitment to the craft beer community that comes through in every pour, every toast, and every taste.