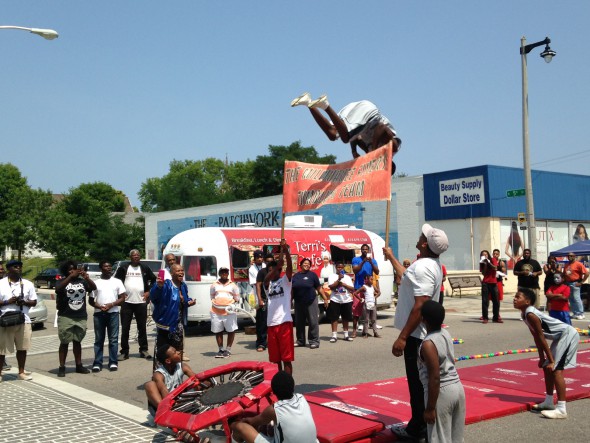 Alderwoman Coggs will be joined by Milwaukee Mayor Tom Barrett, as well as additional event supporters and stakeholders. Media coverage is invited.

The attached updated 2016 Bronzeville Week schedule includes descriptions of each day’s events. Bronzeville Week 2016 is taking place August 6 – 13, with the Bronzeville Arts and Cultural Festival kicking things off on August 6, from 10:00 a.m. – 6:00 p.m.

An official City of Milwaukee event now in its fourth full year, Bronzeville Week is sponsored by the Friends of Bronzeville and has blossomed as the premier celebration of Milwaukee’s rich African American legacy of culture, arts, history and entertainment.

“Bronzeville Week has become an enjoyable and enriching August tradition in Milwaukee, and one that is welcoming to families and people of all ages and backgrounds,” Alderwoman Coggs said.

“The schedule is full of engaging, positive events, and it has allowed us the opportunity to showcase the businesses, music, art and culture of the Bronzeville community to visitors.”

New this year is the HaRUNbee 5K Walk/Run on Saturday, August 6, made possible by Froedtert and the Medical College of Wisconsin. The Milwaukee Lifecourse Initiative for Healthy Families (LIHF) organized the HaRUNbee Walk/Run for Healthy Birth Outcomes to promote wellness by encouraging families to stay healthy and fit, both mentally and physically. In-person registration on August 6 starts at 9 a.m. and the event will begin at 10 a.m. at N. Dr. Martin Luther King, Jr. Dr. and W. North Ave. To register online for the inaugural 5K Walk/Run, please go to http://bit.ly/29oJeoQ.

Alderwoman Coggs was the primary sponsor of legislation creating the HaRUNbee Walk/Run. “According to the City of Milwaukee Fetal Infant Mortality Review Report (2013), during 2009-2011, the Harambee neighborhood had the second highest rate of infant mortality in the City of Milwaukee. HaRUNbee will allow residents of Milwaukee, from both within and outside of the Harambee community, to come together and participate in a 5K Walk/Run as an effort to increase infant mortality education and to support each other in this important public health endeavor,” she said.

Committee to take up resolution in support of equity amid furloughs, budget restrictions

News release from Alderwomen Milele A. Coggs and Nikiya Dodd