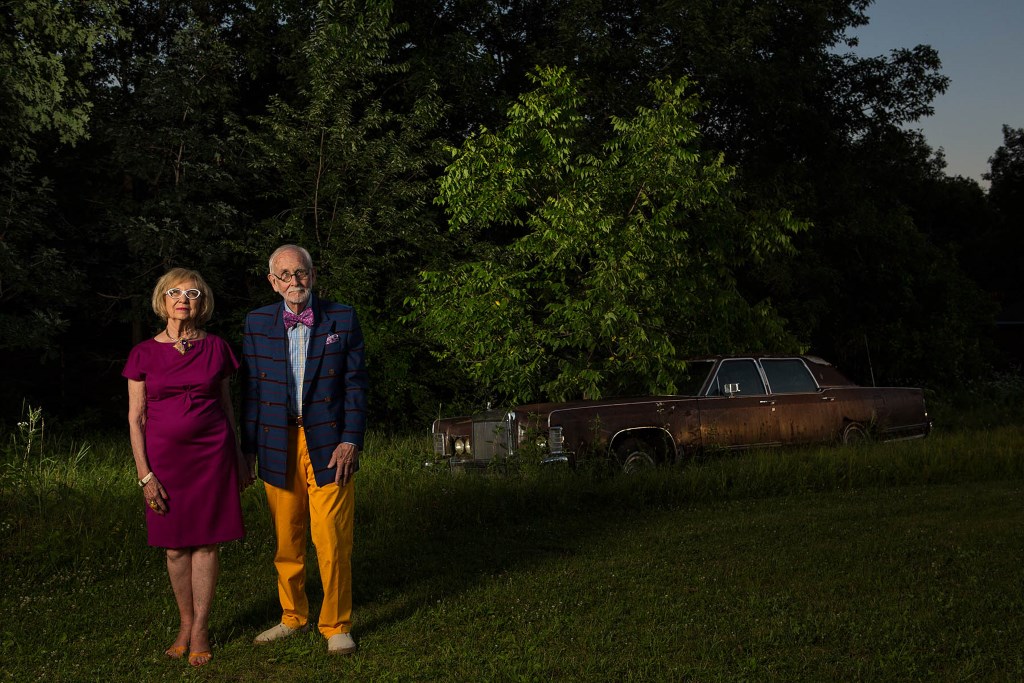 A two-part exhibition that looks at the contemporary portrait in photography will take place at Portrait Society Gallery and Dean Jensen Gallery from Jan. 22 to March 18, 2016, with opening receptions on Gallery Night, January 22 from 6 to 9 p.m. at both spaces.

Large-scale, black and white, hand-printed images from the 1980s by the well-known Milwaukee based photographer and former photography curator at the Milwaukee Art Museum, Tom Bamberger, will join a new body of work called Neighborhood by photographer Lois Bielefeld at Portrait Society. In addition, video and sound artist, Ted Brusubardis, will create a video installation in conjunction with the gallery’s annual Winter Chapel project.

Dean Jensen Gallery will feature work by a group of young artists who include: Delaney Allen of Portland, Oregon; Natalie Krick of Seattle, Washington; Lisa Lindvay of Chicago; Tom Zust of Sydney, Australia and Kyle Seis of Milwaukee. A selection of work from Sally Mann’s “Family Pictures” series will also be shown.

The portrait is no longer a predictable utilitarian representation. With social media and cell phone cameras providing continuous means of image rendering and expressivity of ‘self and other,’ the art world has likewise taken enormous leaps into experimentation. There is a heightened awareness of how photographic portraiture can become not just self-exploration but socio-political and cultural discourse. The ever-expandable role of portraiture now transgresses into means of exploration, reflection, investigation and analysis.

The two exhibitions were organized by Debra Brehmer and John Sobczak.

Notes on the artists 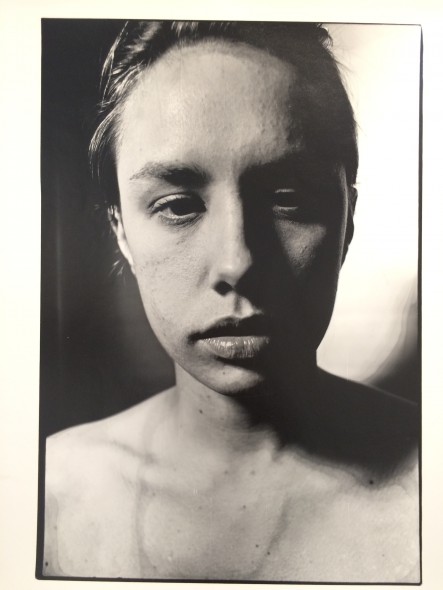 Tom Bamberger, former photography curator at the Milwaukee Art Museum and one of the city’s most prominent artists, will be showing a group of work from the 1980s. The pictures were made with studio lighting, a 35 mm camera, and an unusual very slow film —ten stops slower than the slowest and sharpest commercial film at the time.  The film was officially called SO 424, a Laser Recording Film.  It required special chemistry to achieve a continuous tone effect. Bamberger created a Point Light source enlarger to preserve the details.  The resolution was many times higher than conventional pictorial films.

Bamberger says, “I wasn’t interested in being old fashioned.  I just wanted the surface, the details, of the photograph to appear to be a solid, like marble.”

Lois Bielefeld is a photographer who recently returned from a 10 week residency in Luxembourg, which was awarded by the Museum of Wisconsin Art. She earned her BFA in photography from Rochester Institute of Technology and lived in New York City from 2003 until 2010, when she returned to her home state of Wisconsin. She divides her time between fine art and commercial photography. Much of her work is sociological in nature, exploring diverse types of people within their private domains. This new body of work features people and families at night in carefully chosen places in their neighborhoods. This is her third exhibition at Portrait Society. Her previous major project, “Androgyny” presented portraits of androgynous individuals as well as videos and a sound installation staged in a full-scale constructed bathroom. Bielefeld has been the recipient of a Mary L. Nohl Individual Fellowship.

Delaney Allen of Portland, Oregon presents a selection of photographs from his series “Painting a Portrait”. His diaristic sequences of pan-genre images are interspersed with text that form lyrical meditations on personal loss, loneliness, and the pleasures, terrors and contentment of isolation. He received his degrees from the University of Texas-Arlington, the Pacific Northwest College of Art, and is an alumnus of Alec Soth’s Little Brown Mushroom Camp for Socially Awkward Storytellers. He has been exhibiting internationally since 2010 and his books are included in the collections of the Museum of Modern Art in New York, the Beniecke Library at Yale University, and the Tokyo Institute of Photography.

Natalie Krick of Seattle, Washington presents a selection of photographs from her series “Natural Deceptions.” In a close collaboration, Krick photographs her mother with a spirited generational banter.  Her images focus on the relationship between feminine artifice, roles, and age as rendered in the saturated, strobe lit, jet-set paparazzi urgency of Krick’s fashion inflected aesthetic. Krick received her degrees from The School of the Visual Arts in New York and Columbia College Chicago. She has been exhibiting internationally since and is the current recipient of an Aaron Siskind Foundation Individual Photographer’s Fellowship. Her recent commissions include New York Magazine and The California Sunday Magazine.

Lisa Lindvay of Chicago, Illinois exhibits a selection of photographs from her ongoing series “Hold Together”, an intimate depiction of her immediate family as they contend with the burden of their mother’s deteriorating mental health.  Lindvay’s father and siblings are active collaborators, adding to the narrative complexities within the photographs, and challenging the veracity of familial structures through the editorial privileges of documentary photography.  Lindvay holds degrees from Edinboro University of Pennsylvania and Columbia College Chicago. Her work has been included in numerous national and international exhibitions including the Turner Contemporary, Margate, UK and the National Portrait Gallery at the Smithsonian, Washington, DC. She was also the recipient of the 2011 Aperture Portfolio Prize.

Sally Mann of Lexington, Virginia, is well-known for her ”Family Pictures,” many of which included in her seminal book “Immediate Family.” The intimate and romantic images, made with a large format camera fitted with an antique lens, document the life of her three children growing up in the rural environs of Virginia and were the object of considerable scandal upon their debut. They continue to exert a major influence on contemporary photographic portraiture. Mann’s work is represented in most important public collections including the Museum of Modern Art, the Metropolitan Museum of Art and the Whitney Museum of American Art. Her recent book “Hold Still” is a New York Times bestseller and has been nominated for both the National Book Award and the Andrew Carnegie Medal for Excellence in Nonfiction.

Tom Zust of Sydney, Australia, has images from his ongoing series of self portraits. Zust is critically engaged in the relationship between identity, artifice, and photographic depiction. Inspired by fashion, advertising, and commemorative and documentary portraiture, he prods us with humor, sincerity, and verve to question the ways we editorialize and negotiate our own identities in comparison. Zust is a recent graduate of the University of Western Sydney. We were pleased to debut his work in last years “Independent Phrases & Subordinate Clauses: Photographs by Dane Haman, Jon Horvath and Tom Zust”

Kyle Seis of Milwaukee, Wisconsin continues his analytical investigations into the nature of medium itself, constructing photographs that manifest a trifecta in subject, image, and process.  Seis is a graduate of the University of Wisconsin-Milwaukee and has been the recipient of a Midwest Society for Photograph Education and a Mary L. Nohl Individual Fellowship.