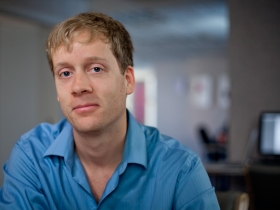 Meet the man who just led the "Blow Up a Car" campaign.