George Lightbourn is the President of the Wisconsin Policy Research Institute.

George Lightbourn is the President of the Wisconsin Policy Research Institute.  Prior to his current appointment, he was the Executive Vice-President of the Institute.  During his career Mr. Lightbourn served two governors as Secretary of the Wisconsin Department of Administration.  He has also served on numerous boards including the Wisconsin Investment Board, the UW Hospital and Clinics Authority Board and the Board of Directors of CMC Heartland Partners based in Chicago.  He currently chairs the Monona Community Development Authority and sits on the board of WCA Services, Inc.  Mr. Lightbourn received a B.A. and M.A. from the University of Wisconsin-Madison.  He is married and has three grown children. 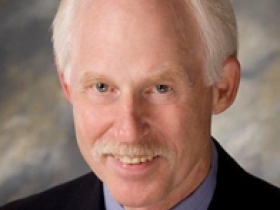 The Truth About the Di Suvero Sculpture

It's been amusing to see all the hand wringing by the Milwaukee Journal Sentinel as to whether we dare move the Di Suvero sculpture.