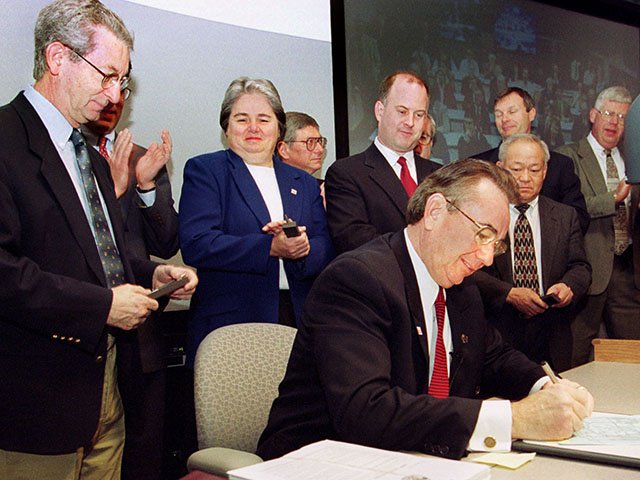 In early January, UW-Madison economists Steven Deller and Tessa Conroy released a study on Wisconsin job creation that sank beneath the waves with barely a ripple, despite its insight into the Badger State’s sluggish economy.

The duo, in a report for the UW-Extension, found that new businesses created the largest share of new jobs in Wisconsin. Roughly half of those jobs “come from the smallest businesses, namely those with fewer than 20 employees,” Deller and Conroy wrote.

At the Capitol, their nuts-and-bolts recommendations didn’t get the time of day from policymakers. Deller, who has been studying Wisconsin’s economy for 23 years, laughed out loud when I asked if lawmakers or the governor’s office had met with him.

Chalk it up to the ruling Republicans pursuit of an entirely different strategy. In a nutshell: Support Wisconsin’s legacy businesses. Cut their taxes. Reduce regulatory oversight. Drive down the cost of labor. Stress job training. Problem is, after five years of road-testing this classic conservative strategy, Wisconsin’s economy is stalled.

Thirty-one states had a better job-creation record than Wisconsin, according to federal data. Compared to the national rate of 11.2%, Wisconsin’s private-sector jobs increased by only 7.6% in the five-year period. The Kauffman Foundation ranked the Badger State dead last in entrepreneurialism. According to a Pew Charitable Trusts analysis, Wisconsin led the nation in the loss of middle-class households between 2000 and 2013. And poverty in Wisconsin has hit a 30-year high, according to a UW-Madison study.

Deller and Conroy’s policy recommendations for growing the Wisconsin economy (see related story, “Class dismissed”) are hardly radical. But they are decidedly different from the Republican program. What’s striking and perhaps even more worrisome: UW experts like Deller and Conroy aren’t being pulled into the crucial policy deliberations at the Capitol.

Too many decision-makers “have made up their minds and are not open to what the research is telling us,” says Deller.

It’s not as if lawmakers were always receptive to research-based advice. But there has been a serious breakdown in the campus-Capitol relationship. For sure, it’s not a complete rupture. Good things still happen off on the side. But trust and mutual respect are strained to the breaking point.

“It’s just different than it was before,” says Tim Smeeding, a veteran UW-Madison economist who tries to bridge the ford.

The disharmony stems in part from the tensions of a generally liberal-minded university working with a decidedly conservative state government. Further exacerbating the relationship is the obliqueness of UW System bookkeeping and the Republican belief it hid a huge slush fund. (This became a key factor in the GOP-enforced tuition freeze and UW budget cut.) Add in the troubling geographic complaints that the UW System is Madison-centric and shorts the rest of the state and Milwaukee in particular.

UW advocates, in turn, are reeling from the $250 million UW budget cut, the four-year tuition freeze, the stripping of tenure protection from state statutes and Gov. Scott Walker’s surprise attempt in an earlier budget to bowdlerize the “Wisconsin Idea” that guides the UW’s mission to the citizenry.

All this makes for an unpleasant stew of missed signals, aggravation, suspicion and wheel spinning. Not to mention a nagging sense that the state as a whole is grievously hurt by the failure of the pols and profs to make nice.

Once upon a time it was different. Governors, Democrat and Republican alike, would tap top UW talent to serve and help run their administrations. Over the past 40-plus years this included Govs. Patrick Lucey, Lee Dreyfus, Tony Earl and Tommy Thompson deploying such UW luminaries as David Adamany, Walter Dickey, Ralph Andreano, Charles Cicchetti, Steve Born, Kenneth Lindner and Donald Percy in government service.

But under Jim Doyle, a Democrat, and now Scott Walker, a Republican, a new dynamic has emerged — governors ignoring the UW’s best and brightest to rely almost exclusively on their loyalists and apparatchiks to set policy and run the huge army of state employees.

More than one UW person I talked to spoke approvingly (if not longingly) of the Tommy Thompson era. That’s when an activist Republican governor with Hamiltonian ambitions for a greater Wisconsin found common ground with the university to unleash a major expansion of the UW System, including several billion dollars in campus construction.

How did he do it?

“I realized the university had to be my ally,” Thompson, 74, explains matter-of-factly, as if he were addressing a Poli Sci 101 class. “I had to make the university much more responsive to the needs of Wisconsin. And I said to myself I have to do it in a collegial way, because I don’t have the political power to do it alone. I’ve got to make sure the university understands I’m going to be its best friend. And for that friendship — quid pro quo — they’re going to help me build every part of this state.”

You don’t hear talk like that anymore in Wisconsin. An obvious question calls out: What would Tommy do to improve the sad state of campus-Capitol relations?

Perhaps bracelets could be distributed at the Capitol and Bascom Hall for inspiration.

Brett Healy, president of the conservative-minded John K. MacIiver Institute for Public Policy, suggests that the Capitol’s regard for the UW System plummeted in 2013 when Republican lawmakers ferreted out that the campuses were carrying a combined $1 billion-plus program balance, including $648 million in funds that the UW had some discretion in spending, i.e., “a slush fund.”

“It shocked the Republicans and called into question the credibility of the UW leadership,” Healy says. “I do think legislators felt betrayed.” For years, UW officials had argued they had no financial choice but to raise tuition, he adds. 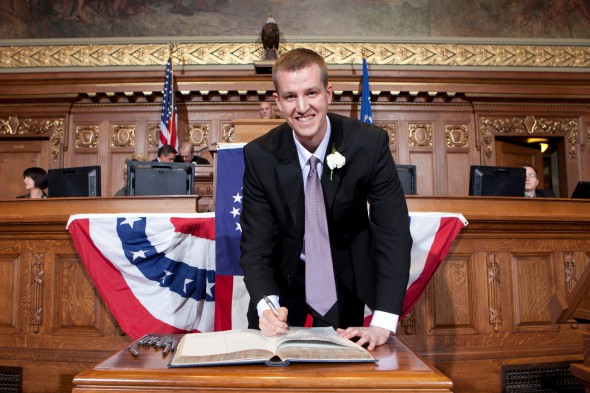 He describes UW leaders as “clueless” and “isolated from reality.” But State Rep. Dale Kooyenga (R-Brookfield), one of the GOP bird dogs who dug into the UW books, is more forgiving. He thinks relations between the Capitol and Bascom Hill have improved in the last few years.

He also argues the UW is no worse off for budget cuts and tuition freezes. “If you look at outputs [such as the number of graduates], the UW is just as strong today as it was five years ago,” he says.

Kooyenga, however, faults the UW for political posturing on the Wisconsin Idea. He points out that it was the Assembly that restored the wording that the governor tried to change. And it was in the spirit of the Wisconsin Idea and the dispersal of knowledge, he adds, that Republicans approached UW-Madison about empowering it to authorize charter schools to focus on improving minority academic performance. Chancellor Rebecca Blank declined.