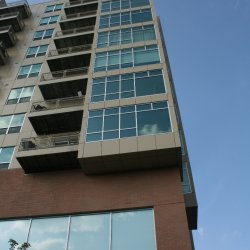 The building features 213 parking stalls, including stalls that replaced those formerly available as part of the City parking lot previously on the land.

The retail space, as with many New Land Enterprises developments, has faced challenges in its leasing. One of the two spaces has never been leased. The other was leased for the first time in 2009 by a Snap Fitness franchise. The condominium containing the retail space is owned by Van Buren Management (as Korbacq, LLC). Van Buren Management, a recurring New Land Enterprises partner, acquired the site in 2009 for $489,000.

The project was controversial during its development because New Land Enterprises had won a public-bidding process to develop the then city parking in 1998, but in 2002 after no progress by New Land, the City of Milwaukee began negotiating with D2 Realty Services Inc for the land. After then Alderman Michael D’Amato intervened New Land was able to keep the land. The move was controversial because of past donations to D’Amato by New Land’s Boris Gohkman and Walter Shuk, and the inaction on the part of New Land.

New Land Enterprises was ultimately able to keep the land, paying $156,000 for the site.

The original project developer has sold all of the residential condominiums. 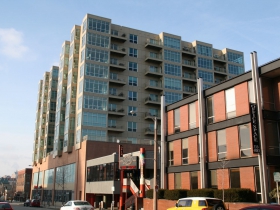 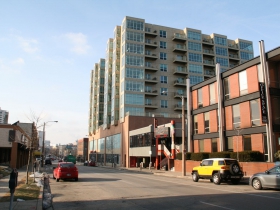 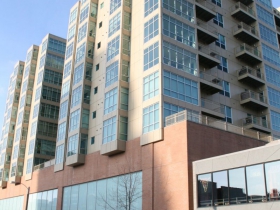 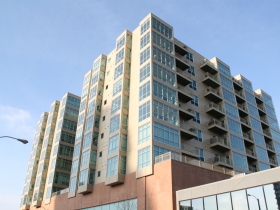 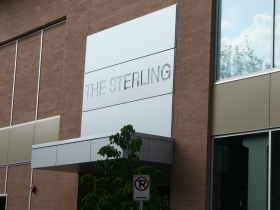 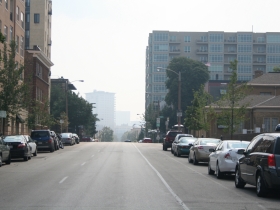 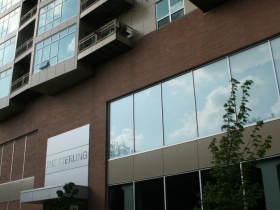 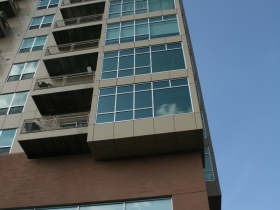 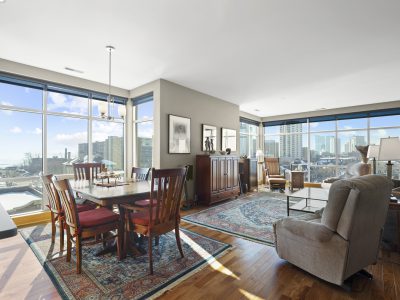 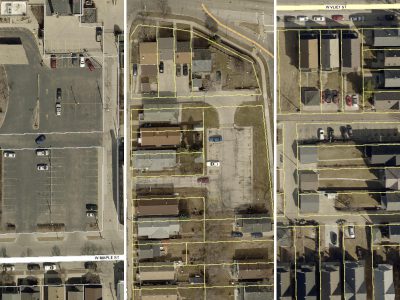 Looking for land redevelop in the city? DCD may have a deal for you. 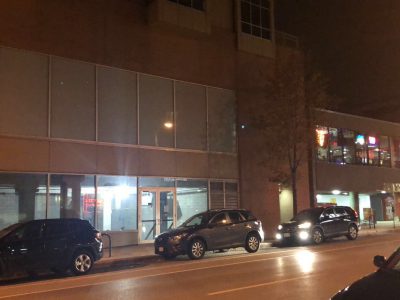