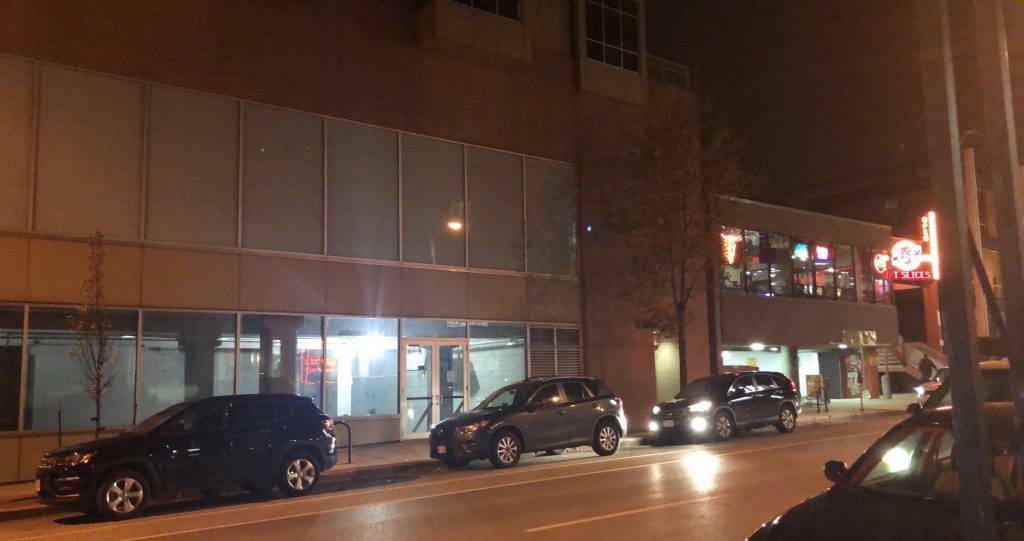 Two Milwaukee entrepreneurs plan to bring a “cafe on steroids” to the Lower East Side in spring.

The new venture is called Hangout MKE Cafe and Lounge, and will occupy the space at 1819 N. Farwell Ave. Owners Meghan Staszak and Rebecca Riddle describe it as an activity cafe, emphasizing specialty coffee and hot drinks, gourmet s’mores and a variety of games. At a public meeting on November 12, Staszak and Riddle said they hope to have Hangout MKE up and running by March or April.

The two aim to provide customers with a fun, stress-free environment that contrasts to the typical bar scene. Staszak said her love for the East Side began when she moved to the neighborhood when just 18 years old. Being underage then, she felt the area lacked places her and her friends could go. Rochambo (1317 E. Brady St.) became one of their favorite places to visit because it was laid-back and all-ages — an atmosphere Staszak and Riddle hope to emulate at Hangout MKE.

“We want to provide a space where no matter your age or drink preferences, anyone can come in and have a fantastic time,” says Staszak.

Hangout MKE will serve Anodyne Coffee Roasting Co. products, as well as tea, juice, soda, water and locally bottled beer and wine. Specialty drinks will be limited to coffee-based hot drinks, such as coffee and Bailey’s or hot toddies. Staszak and Riddle are adamant that other types of liquor, such as shots or traditional cocktails, will not be served.

Paid-by-weight snacks will be available, along with gourmet s’mores bars with a build-your-own assembly, similar to how customers can customize sandwiches at Subway. No hot food will be served as there is not a kitchen on the premises, but customers are welcome to bring their own hot food in (like pizza from Pizza Shuttle, for example). External drinks, on the other hand, will not be allowed.

Games are another integral facet to Hangout MKE’s business plan. Traditional board games and playing cards will be available at each table free of charge. There will also be premium games that customers can play by paying an hourly rate. These will include traditional table games, like shuffleboard and air hockey, and the not-so-traditional, such as giant versions of Operation, scrabble and dice.

Riddle, a former MPS art teacher, will serve as the full-time manager and will also help curate different art events. An art gallery inside the space will allow for artists to display and sell their work. While there will be live music, it will only be acoustic music without amps. Both owners say they are not drinkers or bar goers. Staszak and Riddle say they are striving for a quiet, laid-back atmosphere in contrast to the louder bar scenes of North Ave. and Brady St. 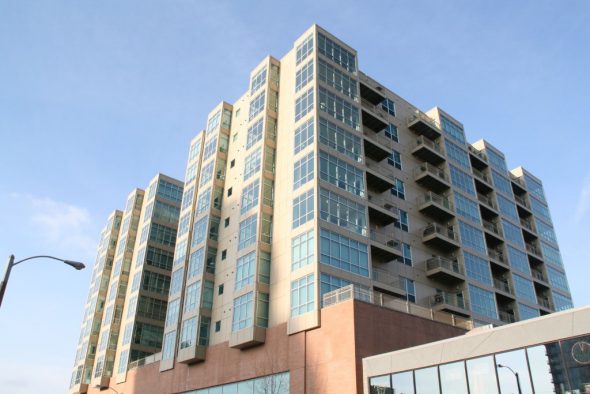 The Sterling. Photo by Jeramey Jannene.

Despite those reassurances, some in attendance at the meeting were anxious about changes to noise, foot traffic and parking the cafe could bring. Hangout MKE will occupy one of two commercial spaces in the Sterling, the 11-story, mixed-used tower located on Farwell Ave. and E. Royall Pl. The other commercial space is occupied by Snap Fitness, and both spaces are located below 114 condominiums in The Sterling. Most of the concerns raised were from condo owners, who say Snap Fitness has excessive noise and that the owner of the building, Boris Gokhman, has done little to address their complaints. Two residents questioned whether or not Hangout MKE would change its hours or alcohol policy in order to gain more business if they ever faced financial trouble. Staszak sought to calm their worries.

“We’re normal people. This is a dream for us,” Staszak says. “This is a massive risk for us and I pray that this works out. I’m not going to do anything to risk that.”

“I’m not impressed with your sincerity because I’ve been told things with sincerity before that have changed,” a man in attendance replied.

Despite tense comments from some attendees, only two people out of about 15 objected to the cafe opening in the space during a show-of-hands vote.

The space is being designed by Dave Mayo from Studio MAYO Architects. When it opens, Hangout MKE will be open from 11 a.m. to 11 p.m. daily, and it may open earlier if there is a demand for it. 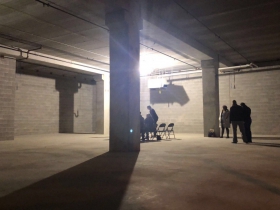 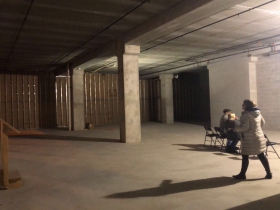 One thought on “New “Activity” Cafe for Lower East Side”