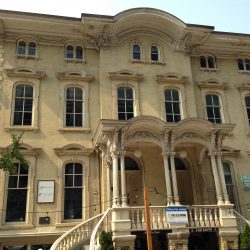 Historic mansion just off Cathedral Square Park now used as an office building with a tavern/restaurant in the baesment.

Dino’s occupies the lower level of the building.

Matthew Keenan, prominent Milwaukee businessman and politician, built this luxurious two-family home in 1860. Kitchens in the dwelling were located in the basement (a common practice in those days), parlors and dining rooms on the first floor. Bedrooms on the second story were heated by great marble fireplaces, still in place. A ballroom is said to have been on the third floor. Called “a model of elegance and comfort” in 1860, the double house has served a variety of functions since then, among them use as a detention home and as a little theater playhouse. Its current tenants are shops and offices. 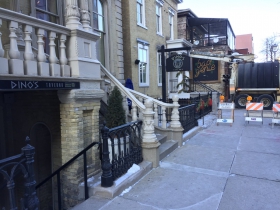 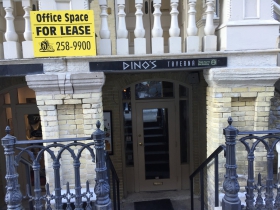 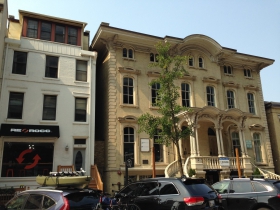 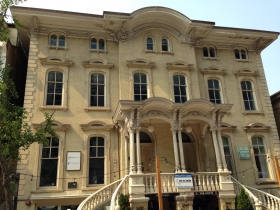 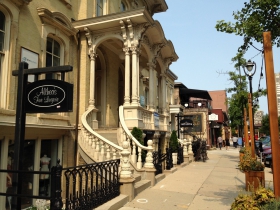 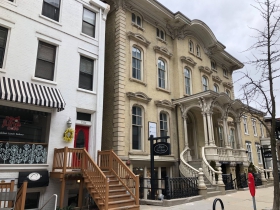 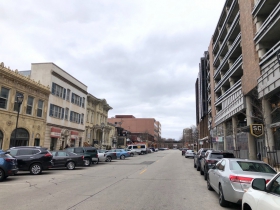 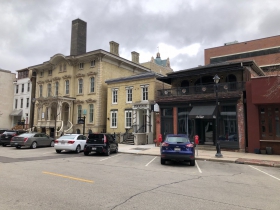 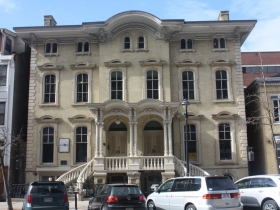 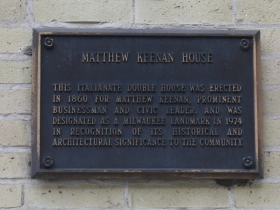 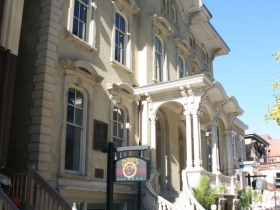 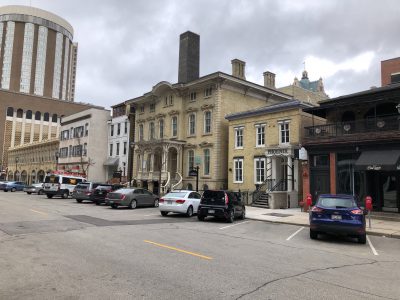 How Historic Are Jefferson St. Buildings? 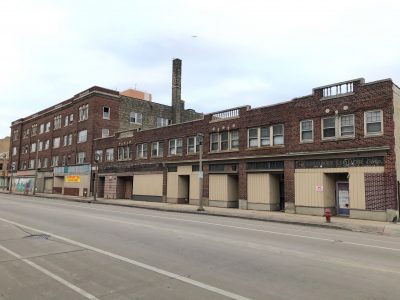 Urban Farm Planned for Near West Side

Plus: A trio downtown buildings change hands, including one that contained Trio. 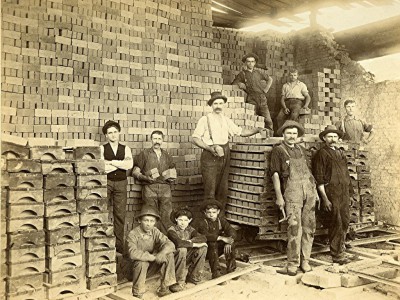 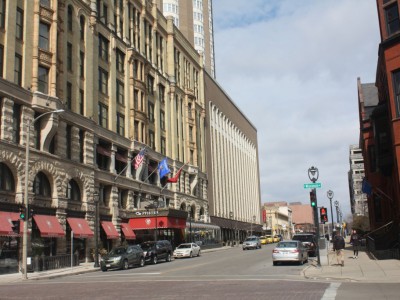 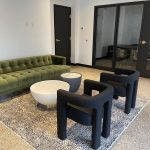