Council denies renewal of license, with alderman citing "a culture of" carrying weapons. 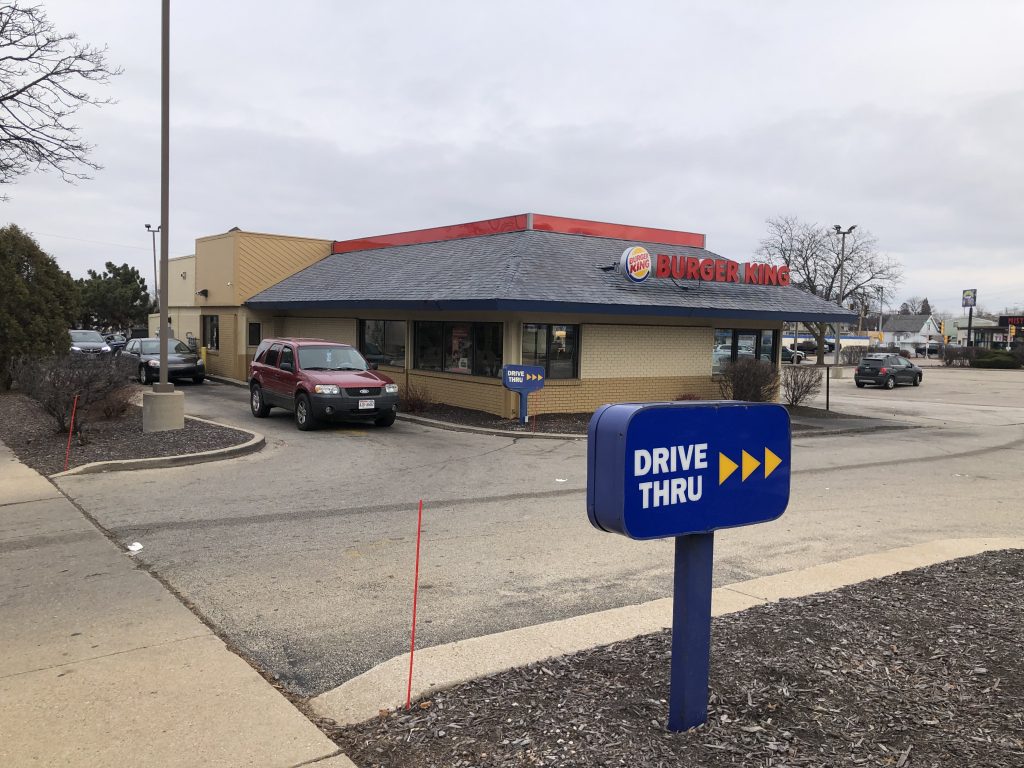 After an inside-job theft gone wrong resulted in a homicide, the Milwaukee Common Council shut down a Burger King fast-food restaurant at 5120 W. Capitol Dr.

On the night of Jan. 2, 16-year-old employee Niesha Harris-Brazell reportedly had schemed with her best friend and the friend’s father Antoine Z. Edwards to stage a robbery via the restaurant’s drive-through.

While Harris-Brazell was working as the drive-through cashier and the friend was working in the kitchen, Edwards, 41, stuck a gun through the window. The idea, according to a criminal complaint, was for Harris-Brazell to hand Edwards the cash.

But employee Derrick D. Ellis, 34, wasn’t in on the scheme. Nor was he supposed to be at work. But he was there, and against company policy, had a gun.

Ellis, already a convicted felon, fired at Edwards, but missed and hit and killed Harris-Brazell.

The on-site manager then hid Ellis’ weapon in a safe.

“It is my understanding that they were seeing each other, that they were romantically involved,” said Cave Enterprises CEO Adam Velarde on June 6 at a special meeting of the Licenses Committee. The Chicago-based franchisee said Ellis was an employee, but was not scheduled to be there. “We did not know he was carrying a weapon.”

Both Edwards and Ellis were charged with felonies.

“We cooperated entirely with detectives,” said Velarde of the resulting investigation, which played out in the media over several weeks in January as the situation changed from a teenager shot by a would-be robber to an inside job turned homicide.

“It was never made aware to any of us here,” said Velarde, seated next to a series of regional managers.

“I don’t get the impression from any of you that you are concerned as some of us are. The attitude seems rather cavalier for something as tragic as this,” said Alderman Mark Borkowski.

“Despite what’s written in the handbook, there was obviously a culture and history of [carrying weapons] at this location,” said Ald. Ashanti Hamilton.

Get a daily rundown of the top stories on Urban Milwaukee
Velarde disputed that management wasn’t concerned.

“In all the years of doing this, I’ve never suffered a loss of life,” said Velarde. “This was personal to us.”

“We understand the circumstances,” said Velarde. He said the day before the homicide an employee was shot at by a customer. “It’s a problem and it is bigger than us.”

Cave, according to Velarde, purchased the Capitol Drive restaurant in December 2019. “Burger King asked me to take the restaurant over. There were operational issues,” said the franchisee. He said he acquired his first restaurant 25 years ago.

According to city licensing records, Cave operates eight other Burger King restaurants within the city limits. Velarde said the company has 2,000 employees in Wisconsin.

“We work hard in an industry that is one of the hardest jobs in the world,” said Velarde.

“I took over the store about our or five months ago. Since then we have made great strides and changes,” said manager Victoria Smart.

But the committee recommended denying the renewal of the store’s food dealer license.

On June 21, Cave appealed to the council.

“There is no question that the events that took place January 2 and thereafter are truly a tragedy,” said Davis|Kuelthau attorney Brian Randall to the full council.

He highlighted that the company has policies prohibiting firearms, cell phones and backpacks from being carried by employees.

“We do have a company policy already in force that we do not hire felons to work our restaurants. Unfortunately, the individual that fired his gun did not answer his application truthfully,” said the Milwaukee attorney.

He said employees that violated company policies and didn’t cooperate with the police were fired.

He also noted that the restaurant was closed for 21 days in January. It’s also been closed since the license expired on June 9.

But Randall’s arguments didn’t sway the council. Without debate, the council voted unanimously to deny the renewal of the license.

“Through their admission, there were still problems at the store. It created a situation that put people’s lives in risk and there has to be a consequence to that,” said Hamilton on June 6.

“I don’t think that this is a reflection on Burger King in general,” said the alderman. “I’ve worked at Burger King a couple times… It helped me get through college and law school.”

The area currently has no council representative as a result of Cavalier Johnson being elected mayor. The mayor cannot veto license decisions.

Cave could contest the decision in court or apply for a new license for the location.

More about the Burger King shooting