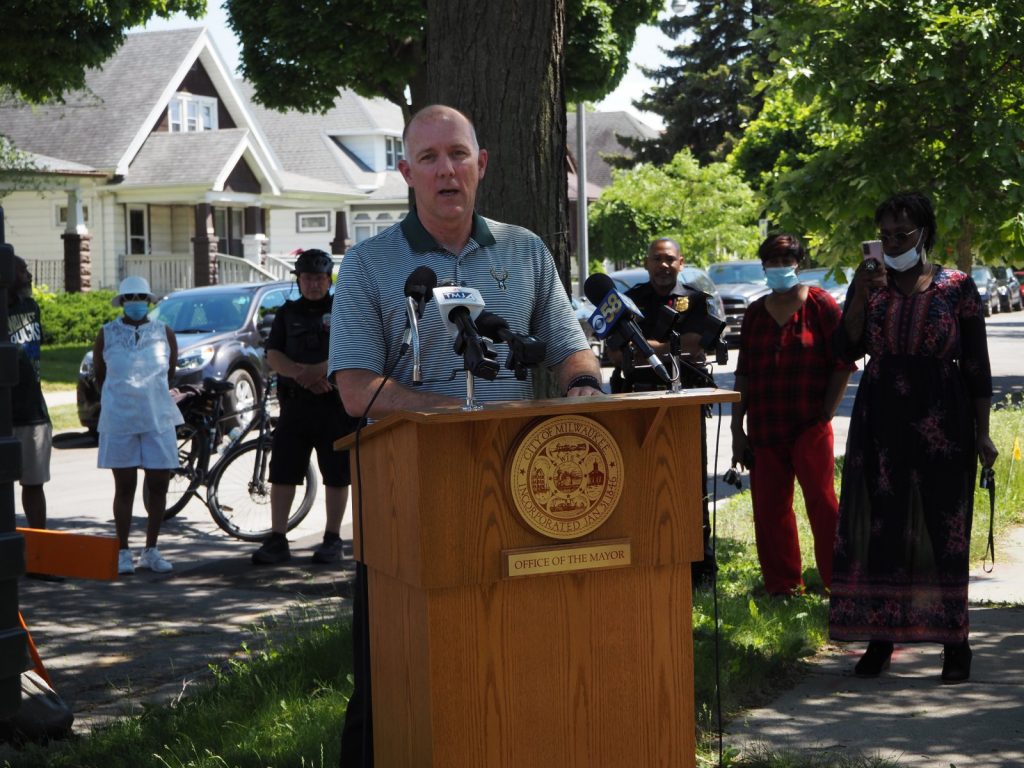 The head of the Department of Public Works is leaving.

Commissioner Jeff Polenske, 55, announced Thursday he is retiring from DPW to take a private-sector job.

“After nearly 31 years of working for the Department of Public Works, I have decided to step into a new chapter of my life and retire from City of Milwaukee service,” said Polenske, a licensed engineer. “I have spent virtually my entire career in public service. While this has been immensely gratifying, other professional goals are drawing me to a position in the private sector, one that will present new opportunities and challenges. I look forward to my new role with Michael Baker International as vice president & office executive – Wisconsin.”

His new employer, an engineering consulting firm, boasts a roster of more than 3,000 engineers and 100 offices. The Pittsburgh-based firm’s Milwaukee office is located in the Two Fifty building, just a few blocks from City Hall.

Polenske has served as Public Works Commissioner since late 2018, when he was appointed by Mayor Tom Barrett. But he’s held a cabinet position since day one of the Barrett administration in 2004.

The commissioner previously served as City Engineer, a council confirmed job, starting in Aug. 2000. He was originally appointed by Mayor John Norquist and was maintained by acting Mayor Marvin Pratt, who dismissed a number of other department heads. Barrett reappointed Polenske four times as city engineer before promoting him to the commissioner role.

DPW, which is divided into four divisions, has a $131 million operating budget in 2021 and 1,682 authorized positions. In addition to the Milwaukee Water Works, the department includes administrative services, infrastructure services and operations divisions. It is the largest non-public safety city department and is responsible for everything from water distribution and street lights to trash pickup and parking meters.

Despite a long career in public service, this won’t be Polenske’s first foray into the private sector.

Polenske graduated from UW-Milwaukee in 1990 with a degree in civil engineering and immediately got to work at the city as a traffic control engineer. Promoted twice, he left the city for less than a year in 1999 to work at Earth Tech.

His recent city accomplishments include developing The Hop streetcar system, the city’s portion of the Lakefront Gateway project, creating the high-impact paving program and implementing the Complete Streets legislation.

“With great appreciation, I want to specifically thank all employees of the Department of Public Works for their continued efforts to provide a high quality of service to our community. I am confident that I leave the department in very capable hands,” said Polenske.

Department leadership includes City Engineer Jerrel Kruschke, Director of Operations Danielle Rodriguez and Water Works Superintendent Karen Dettmer. All are department veterans, though Kruschke and Rodriguez have each held their current role for less than a year.

Another department veteran new to their current role as coordination manager, James Washington, will serve as a liaison between divisions while there is no commissioner.

Barrett, who himself is slated to leave to serve as U.S. Ambassador to Luxembourg, did not announce if he will attempt to appoint a replacement.

“Jeff Polenske has been a respected leader in Milwaukee government for decades, and he departs with a long list of accomplishments. I’m personally very happy for Jeff, and I wish him well in his next endeavor,” said the mayor in a statement.

The outgoing commissioner is an avid cyclist, father of three and resident of the Milwaukee’s Southwest Side.

“Lastly, I must not forget the support, patience, and love that my family has shown me over the years. I have been truly blessed. My wife Lisa and I look forward to continuing our lives in Milwaukee and enjoying the so many great things our City has to offer,” he said.

Polenske, according to the 2021 city budget, is paid $147,336 annually. There is precedent for what kind of raise a past commissioner could receive in “retirement.” Polenske’s predecessor Ghassan Korban now leads the Sewerage and Water Board of the City of New Orleans, making $265,000 per year.

Pay issues are no stranger to DPW. The department recently boosted starting pay for truck drivers by $4,500 in an attempt to lure more employees in advance of the winter plowing season. The revenue-restricted city has increasingly faced employee hiring and retention issues.

Council president and acting-mayor-in-waiting Cavalier Johnson publicly floated the idea of splitting DPW into two departments, creating a new Department of Transportation. Polenske, at a council committee meeting, pushed back against that idea saying it was important for all DPW employees to work across silos.