By Corri Hess, Wisconsin Public Radio - Sep 23rd, 2021 11:54 am
Get a daily rundown of the top stories on Urban Milwaukee 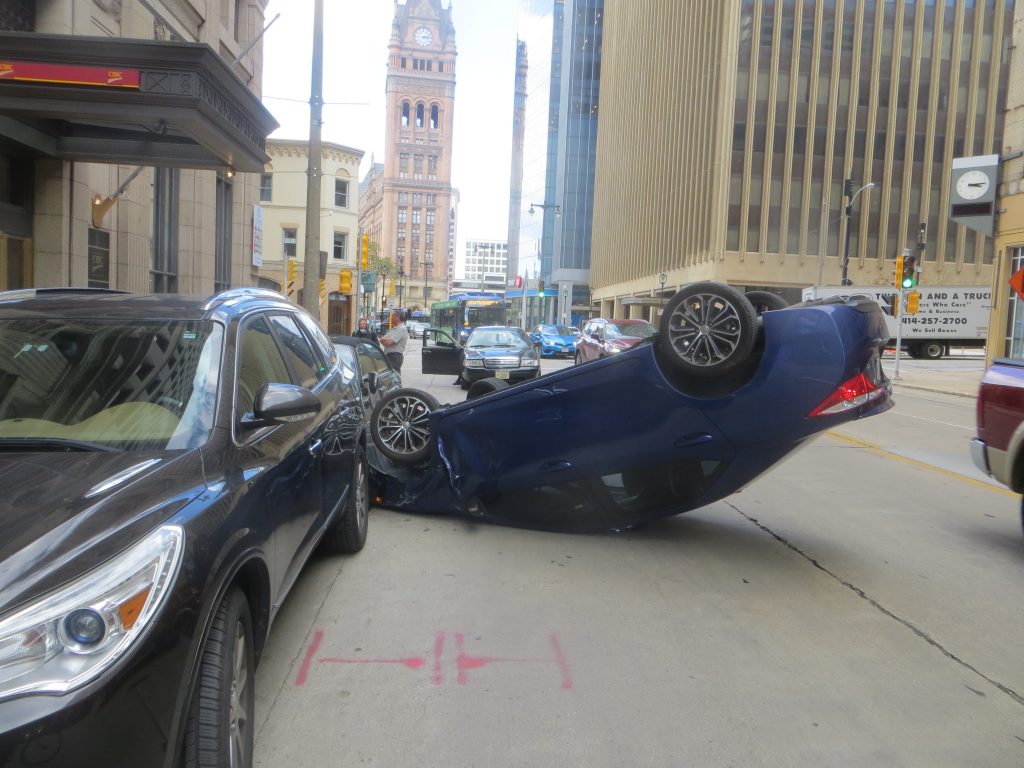 Milwaukee Common Council President Cavalier Johnson says he would like to split the city’s Department of Public Works into two separate entities, with one focusing specifically on the city’s transportation issues.

Johnson, who will serve as acting mayor if Mayor Tom Barrett receives U.S. Senate confirmation to become the U.S. ambassador to Luxembourg, said his plan would leave traditional public works functions such as leaf and garbage collection under one department while a new local department of transportation would address issues like Milwaukee’s rampant reckless driving problem.

“A big bold change could happen in the way we design our streets and the way we approach infrastructure in Milwaukee,” Johnson said Wednesday at a Milwaukee Press Club event. “This MKE DOT would focus on issues of how do we make our streets safer, not just for people in automobiles but for people who are pedestrians, people who are bicyclists. How do we reduce traffic lanes so cars don’t have an opportunity to pass on the right?”

Johnson has announced he plans to run for mayor during a special election following Barrett’s departure. Councilwoman Marina Dimitrijevic and Milwaukee County Sheriff Earnell Lucas have also said they plan to run.

Johnson said reckless driving is the no. 1 complaint among calls to his office.

The Milwaukee Police Department created a Traffic Safety Unit in February to target reckless driving. Since then, more than 14,600 tickets have been issued. Of those, 58 percent were for speeding.

Johnson said he was on a neighborhood walk in his district on the North Side in the city a couple of days ago. He intended it to be an outing to hear from residents who wanted things like speed bumps and weeds cut in public rights of way.

But Johnson said soon many people joined him, and wanted to talk about Milwaukee’s reckless driving and crime rate. The city is on pace to have another record number of homicides this year.

Johnson’s district is one of the more high-crime areas of the city.

“Everybody wants peaceful quiet and safe enjoyment of their neighborhoods, they deserve that,” Johnson said. “They don’t deserve to walk with their son or grandson and have a car jump on the curb driving directly at you and then swerve at the last second to try to intimidate you. They do deserve opportunities to feel safe.”