In time for teams' opening games and running until January, a Marquette basketball-branded streetcar. 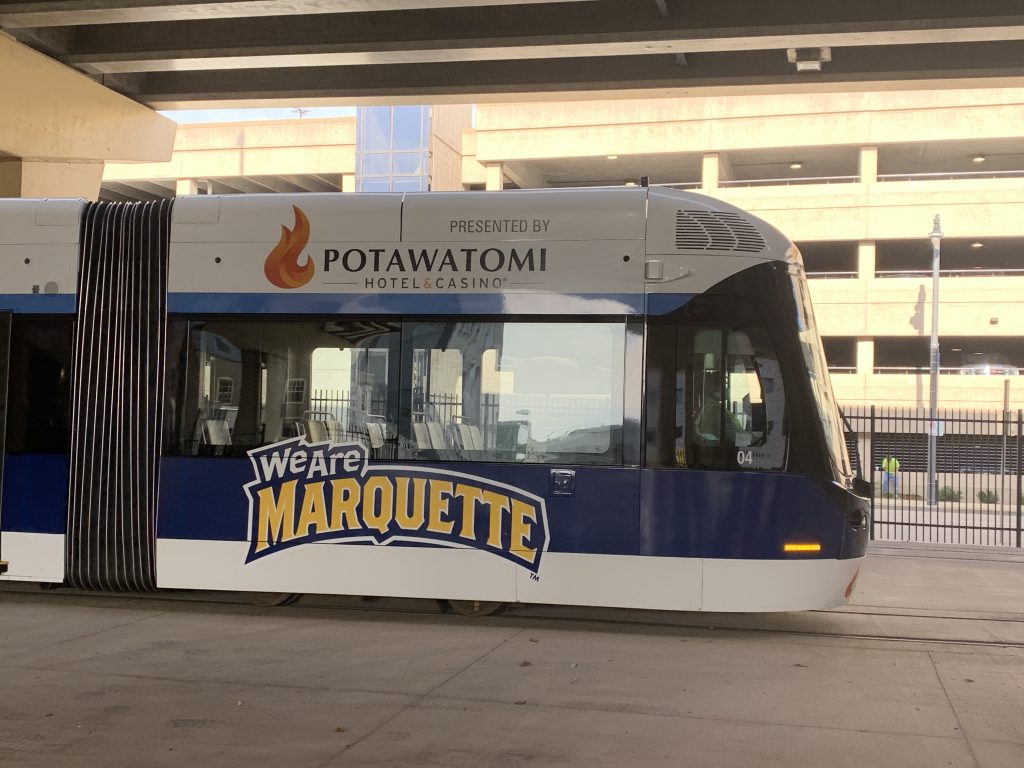 The Marquette branded streetcar will be available to ride until 2022. Photo by Annie Mattea.

Tuesday is the beginning of the Marquette men’s and women’s basketball season. The men’s team faces Southern Illinois University-Edwardsville at 7:30 p.m. in Fiserv Forum and the women’s team faces Alcorn State at 6 p.m. in the Al McGuire Center.

“What better day to put The Hop on show here than when both of our basketball teams get up and running,” Bill Scholl, vice president and director of Marquette Athletics, said at the unveiling ceremony, held at 450 N. 5th St., The Hop’s operation and maintenance facility.

In addition to Scholl, Marquette’s mascot “Iggy” was also in attendance, along with Marquette’s spirit squad.

Rides on MU-themed car became available to the public at noon Tuesday and will run until January 2022.

This is one of many branded streetcars The Hop has featured since beginning operations in 2018. Most recently, in June, a streetcar was branded to celebrate Pride Month.

Past brandings include the Milwaukee Bears branded streetcar, in honor of the Negro National League team that played in Milwaukee in 1923, a Milwaukee Bucks’ branded vehicle during the 2019 NBA playoffs, Everstream’s holiday-themed streetcar, a “Comeback Cuisine” vehicle and a Mask Up MKE streetcar.

Get a daily rundown of the top stories on Urban Milwaukee
We Energies was expected to have a branded vehicle during the 2020 Democratic National Convention, but as a result of the pandemic, it was canceled.

The Hop is free to ride and operates on a 2.1-mile-long route through Westown, the Historic Third Ward, East Town and the Lower East Side. An extension to the lakefront is expected to open in 2022. 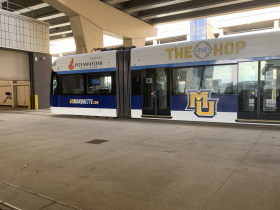 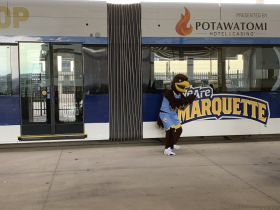 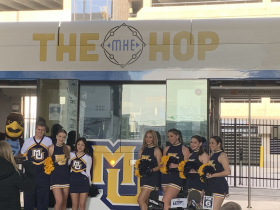