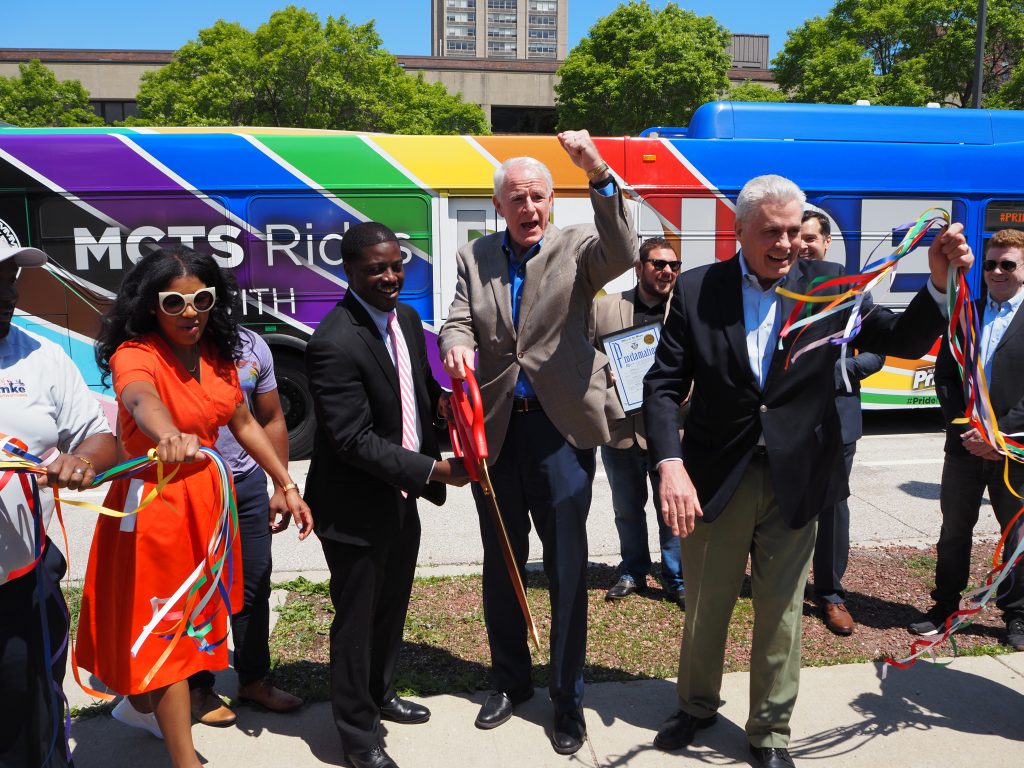 “For many, Pride is a sacred space,” said Wes Shaver, president of Milwaukee Pride. And now it’s a mobile space.

Shaver gathered with elected officials in Cathedral Square Park on Tuesday to introduce a pride-themed streetcar, specially-branded Milwaukee County Transit System bus and a repainted Massimals sculpture. The effort is intended to elevate the visibility of Milwaukee’s LGBTQ+ community while PrideFest is canceled for a second straight year due to the COVID-19 pandemic.

“We’ve worked hard – and continue to work hard – to make sure our friends, family, coworkers, and neighbors in Milwaukee’s LGBTQ+ community feel supported,” said Barrett. “Pride Month is an opportunity to reflect on the progress that’s already been made – and the challenges still ahead.”

Both Barrett and Johnson lauded the fact that the city has achieved a 100% score for three consecutive years on the Human Rights Campaign’s Municipal Equality Index.

The month of June is nationally observed as Pride month, honoring the 1969 Stonewall uprising in New York City that triggered the beginning of a modern movement to outlaw discriminatory laws and practices against the LGBTQ+ community. “I know of few social movements in history that have come this far this fast,” said Bauman. “But the fight’s certainly not over.”

PrideFest organizers are still considering whether this year’s festival can be held at a later date.

Get a daily rundown of the top stories on Urban Milwaukee
The massimals, now painted in rainbow colors to fit the Pride theme, were installed by artist Jason Scroggin this January. The pride-themed art installations coincide with Milwaukee Downtown’s Jumpst(ART) campaign, launched last week as an effort to draw people back to Downtown as COVID-19’s spread slows this summer.

The Hop’s special Pride vehicle is not the only branded streetcar. During the press conference, the streetcar honoring the Negro Leagues and its baseball teams rolled by. The city unveiled that vehicle at a press conference last week. 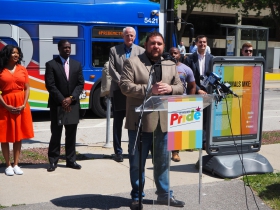 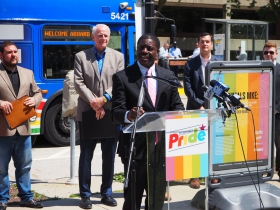 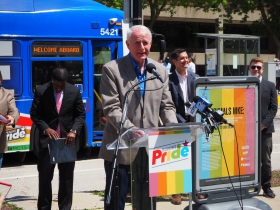 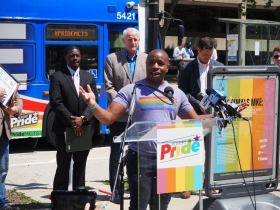 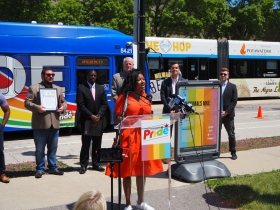 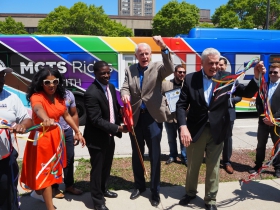 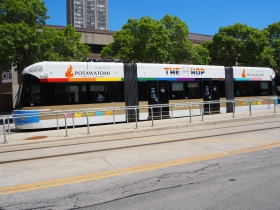 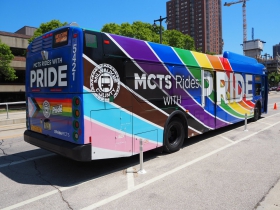 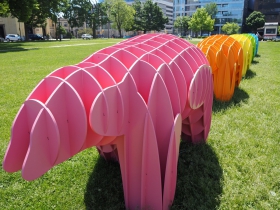