Massimals MKE will be up through the spring. 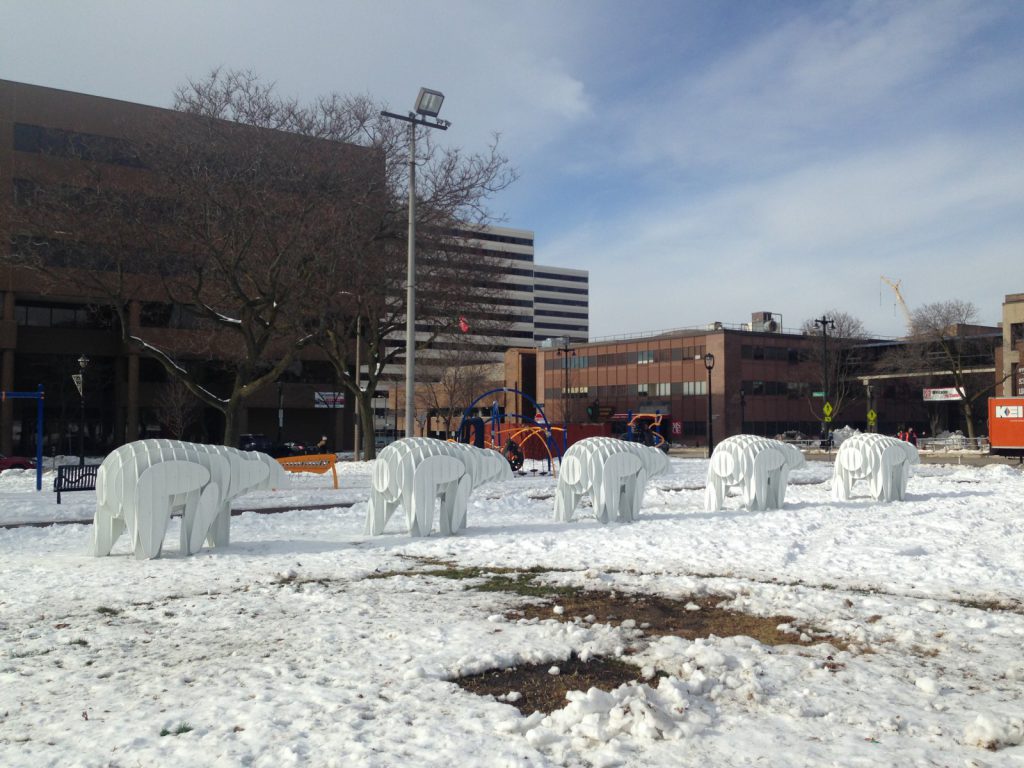 The installation, called Massimals MKE, is a row of five bears, at 1:1 scale, walking along a path through the park. They’re made out of just under 40 individual pieces fit together in an interlocking grid to create the shape of a bear.

The artist, Jason Scroggin, said the idea for the piece comes from the desire to make a massive form based upon his architectural research. He’s done these Massimals bears before, in different sizes, materials and techniques. In 2020 he had a number of colored bears inside Chicago’s Pedway.

The solid-white masses, despite being easily recognizable as bears, also have a peculiar quality to them, created by the layered, interlocking, three-dimensional grid of various shapes.

This was by design. Scroggin said the bear-shape is intended to draw the viewer in better than an unidentifiable mass, so that they can interact with the unique manner in which the shape was constructed. He said it lends “some familiarity with the abstract nature of it.”

There is no particularly lofty meaning behind the project, he said. He just hopes passersby have some reaction to the piece.

Scroggin said he loves doing public art pieces, “Because that’s where it’s just out here and who knows what happens… People can really interact with it.”

The bears in the park, like his other Massimal projects, are designed with a mind not just to the architectural method underpinning it, but also the process with which it is assembled.

He’s been doing Massimals since 2010, but he said, “It’s still even complicated for me and I’ve been doing this for a long time.”

Helping with the intricate assembly of the bears Wednesday was a group of  UW-Milwaukee students from the School of Architecture and Urban Planning.

Massimals MKE was installed courtesy of the Milwaukee Downtown business improvement district and will be on display through Spring 2021. 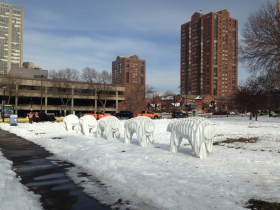 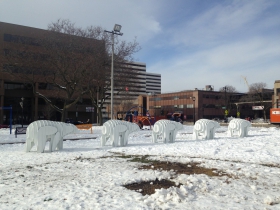 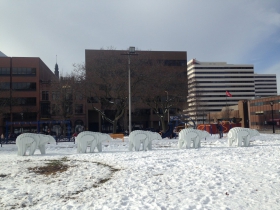 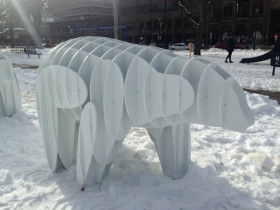 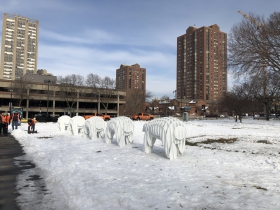 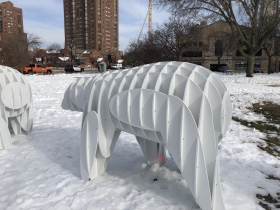 One thought on “New Art Installation in Cathedral Square Park”