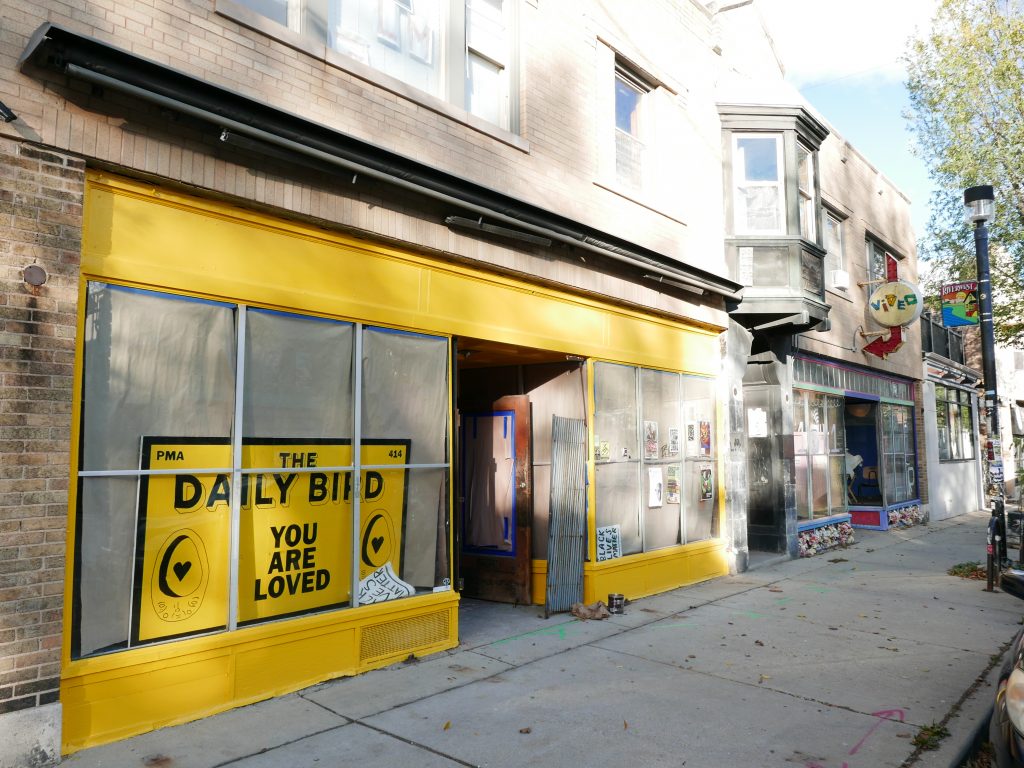 The Daily Bird, a pop-up coffee shop, is moving into the former Fuel Cafe space.

The Daily Bird has been operating as a pop-up out of Centro Cafe at 808 E. Center St. since this past April, and is now moving just a couple storefronts down the block.

The business quickly gained popularity in Riverwest, filling a gap in the local coffee market that opened when Fuel Cafe closed in July 2020 — a casualty of the COVID-19 pandemic.

Owner Dan Zwart has already painted the storefront, once known for its neon signs proclaiming “Killer Coffee” and “Lousy Service,” with a bright yellow that patrons will recognize from the pop-ups signs. The new cafe will likely be ready by mid-November, Zwart said.

When he first opened The Daily Bird, Zwart told Urban Milwaukee, “I didn’t know what to expect.” The past six months have been both “a super positive experience” and “so much work,” Zwart said.

But he didn’t do it alone, Zwart emphasized. “Shoutout to all the staff, all the people helping me,” he said. “Everyone involved needs to catch all the shine.”

Zwart also said he owes much to the owners of Centro Cafe, Patrick Moore and Peg Karpfinger. His cafe never would have been possible without them letting him use their space.

Get a daily rundown of the top stories on Urban Milwaukee
What can customers of The Daily Bird expect from the new cafe? “Indoor seating, heating, air conditioning, wifi,” Zwart noted. These weren’t possible before when the business was operating from a walk up window and the only seating was a set of tables and chairs on the sidewalk.

The new expanded space will also allow them to expand the menu of drinks and bakery goods on offer. And long term, given that the Fuel space has a kitchen, there may be additional food options, Zwart added.

The cafe also has plans to begin serving Scratch Ice Cream, which is a Milwaukee-based small-batch ice cream producer. For now, though, the cafe is waiting on delivery of a large ice cream cooler.

Until recently, The Daily Bird was also operating a cafe out of the Dubbel Dutch hotel, 817 N. Marshall St.

“But once Fuel became available, it was kind of like, well, we should move in there,” Zwart said.

When Fuel Cafe closed in 2020, the owners said the popular Riverwest coffee shop was “closing for the foreseeable future.” Fuel was a longtime feature of Center Street, having first opened in 1993.

While The Daily Bird will operate a cafe, it will be decidedly different from the motorcycle themed grunge of the former Fuel Cafe. Patrons will notice the darkly painted interior has been repainted, including the back wall, which was painted Daily Bird yellow.

“We’re super stoked to be setting down roots in Riverwest,” Zwart said. “We love this community.” 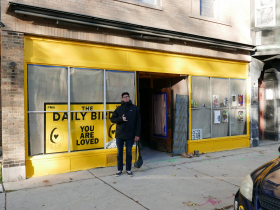 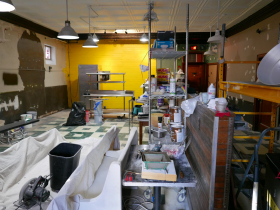 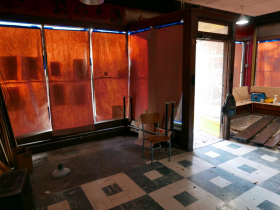