In her first court appearance alderwoman pleads not guilty to misdemeanor. Four felony charges yet to come. 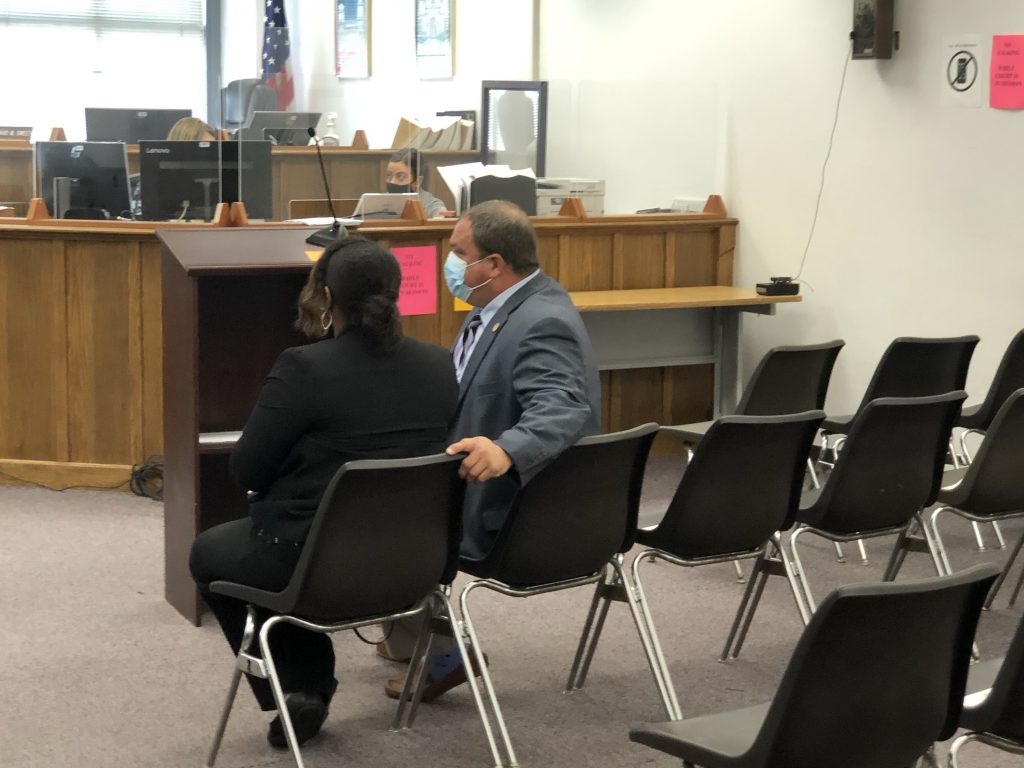 Alderwoman Chantia Lewis made her first appearance in court Wednesday noon. She faces four felony charges, including misconduct in public office, embezzlement and falsifying campaign finance reports, and one misdemeanor, theft by fraud. A complaint filed by the District Attorney’s office says she defrauded the City of Milwaukee and campaign donors of $21,666.70.

Lewis was joined by attorneys Michael Maistelman and Michael Chernin.

When asked for comment on the way into the room, Lewis was silent. “We are not going to try this case in the media. We will have no further comment,” said Maistelman. Neither spoke on the way out.

She pled not guilty to the misdemeanor. A preliminary hearing, set for Oct. 18, will determine probable cause for the felony charges.

In advance of the hearing, she was briefly booked into jail Saturday.

Lewis is free on a $1,000 signature bond. A condition of the bond is a no-contact order with the individuals from whom she is accused of depositing campaign contributions directly into her personal account. They include Martha Love, a prominent local Democrat, and Inderjeet Dhillon, gas station owner.

Get a daily rundown of the top stories on Urban Milwaukee
During the hearing, Chernin volunteered that Lewis is vaccinated against COVID-19 and would accept that as a condition of her bond. But Sweet said he wasn’t intending to make it one. Nevertheless both Chernin and Maistelman confirmed they are also vaccinated. “Thank you for the information,” said Sweet.

The investigation, according to the complaint, started with a May 2020 review of multiple council members’ travel expenses and campaign finance disclosures.

Lewis, 41, was first elected to the Milwaukee Common Council in 2016 and re-elected in 2020. An Air Force veteran, Alverno College graduate and ordained minister, Lewis had branded the far northwest side 9th District she represents the “New Ninth” as she sought to reinvigorate the commercial area around the former Northridge Mall.

In a statement issued by a prior legal team, Lewis described the issues as “accounting errors.”

Lewis filed for bankruptcy in 2005 and 2008. The alderwoman filed to run for U.S. Senate in July, the ninth candidate to formally enter the Democratic primary.

The alderwoman has been removed from all Common Council committee assignments by president Cavalier Johnson. But Lewis did appear and vote at last Tuesday’s full council meeting.

In an interview following the meeting, Johnson said that she is innocent until proven guilty and it is important that she continues to represent the interests of her constituents.