Lewis, who awaits restitution hearing, must serve 30 days in custody as part of plea agreement. 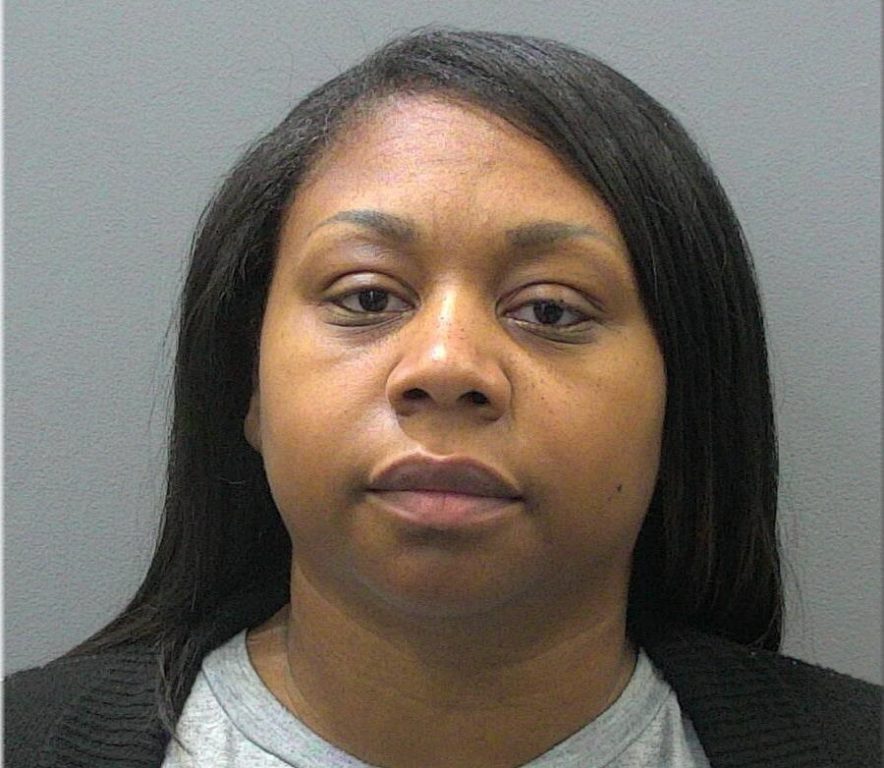 Former Milwaukee alderwoman Chantia Lewis was booked into the Milwaukee County House of Correction Thursday, a little over a year after she was first charged with misconduct in public office.

Lewis was sentenced in August to 30 days in custody and two concurrent three-year probation sentences for two felony campaign finance violations. In addition to being removed from office, she faces an Oct. 7 restitution hearing.

“This is the epitome of money laundering,” said assistant district attorney Matthew Westphal in detailing her crimes during an Aug. 25 hearing. He said she received more than $20,000 that personally enriched her while serving in office.

“This was a protracted effort to defraud the city and her campaign,” said Westphal, detailing how the issues started within weeks of her being elected in 2016. “We need to tell our community that when public servants break the social contract they will be held accountable.”

The District Attorney’s Office asked the court to impose a one-year stay in the Milwaukee County House of Correction and a three-year prison term that was to be suspended for a three-year probationary period. Each felony carried a maximum penalty of 3.5 years in prison and a $10,000 fine.

But the sentence issued by Milwaukee County Circuit Judge Milton Childs was notably less than Westphal asked for.

Childs cited character letters received, including from Congresswoman Gwen Moore and Representative David Bowen, in guiding his sentencing decision. “There is a consistency of them talking about you and the work that you’ve done,” said Childs, while noting they expressed disappointment in her. He also said Lewis lacked prior criminal convictions.

Lewis could ultimately serve more time in custody if she violates the terms of her probation, which includes absolute sobriety and a requirement to avoid other criminal behavior.

She must perform 50 hours of community service as part of the sentence. As part of the felony convictions, she cannot possess a firearm for the rest of her life and cannot vote until her civil rights are restored.

The judge said there have been other consequences, including losing her job, the embarrassment of the proceedings and the felony conviction.

“I thought running for office was traumatizing. This has absolutely been the most traumatizing experience of my life,” said Lewis at the sentencing hearing. She said she was sorry to have let down her colleagues, children, residents of her aldermanic district, church family and the broader community. “This was absolutely not something I did nefariously or with malice. I am just not that type of person.

Lewis said her behavior was “bad judgment” and a “mistake.”

“What does make this kind of frustrating is that you… had opportunities to change or correct these items, but continued on for a four-year period of time,” said Childs.

The judge said he accepted her apology on behalf of Milwaukee County. “I think there is remorse,” he said. “It’s not over. You can bounce back.”

The judge said, if recommended by the House of Correction, she could serve her 30-day custody term under house arrest. She also could be released to work or for child care. An online inmate search lists her as in custody as of Friday morning.

Lewis is represented by attorneys Michael Chernin and Michael Maistelman.

She was first elected to the Milwaukee Common Council in 2016 and re-elected in 2020. An Air Force veteran, Alverno College graduate and ordained minister, Lewis, 42, branded the far northwest-side 9th District she represented the “New Ninth” as she sought to reinvigorate the commercial area around the former Northridge Mall. Lewis has been married for 17 years and has three children, ages 16, 15 and 12.

Lewis was once seen as a rising star among Democratic politicians. She filed to run for U.S. Senate in July 2021, the ninth candidate to formally enter the Democratic primary.

In 2018, a proposal by Lewis to raise the salaries of Milwaukee elected officials by 13% was held after news reports of the idea circulated. She previously filed for bankruptcy in 2005 and 2008.

Chernin and Lewis declined to comment after the Aug. 25 hearing.

A special election will be called to fill her seat. Based on filing deadlines, it will occur after the upcoming November election.

The investigation into Lewis, according to the complaint, started with a May 2020 review of multiple council members’ travel expenses and campaign finance disclosures.

“A review of the documents for all of the alderpersons showed material inconsistencies in Lewis’s filings as well as in her reimbursement for city-approved travel. In particular, they showed that Lewis had received reimbursement from the City of Milwaukee for travel, which travel she then paid for out of her campaign account, Chantia 4 Progress, keeping the reimbursement for herself,” says the complaint.

She also used her campaign funds, according to the complaint, to pay for family trips to Marietta, GA and Wisconsin Dells and personal trips to Orlando and Las Vegas. While in the Dells she made three withdrawals from her campaign account at an ATM in an outlet mall.

Westphal said she committed fraud within two weeks of being first elected in April 2016, depositing campaign contributions into a personal account. “She used her campaign account as a personal slush fund,” he told the court.

Her first time submitting falsified travel reimbursement forms to the city occurred in November 2016. She used campaign funds to pay for a trip, then requested reimbursement from the city and deposited the money into her personal bank account.