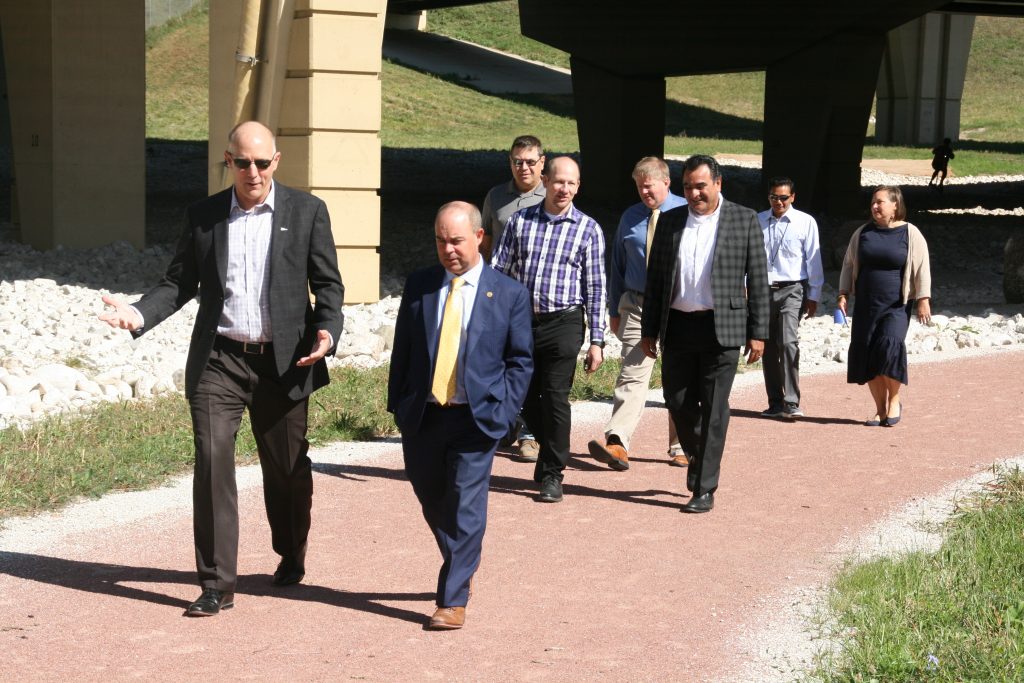 In less than two years, the space under the Marquette Interchange went from hosting the largest homeless encampment in Milwaukee history to a ribbon-cutting ceremony.

At its peak, Mathy said 93 individuals lived in the camp, which was actually a series of sites spread across six acres.

“All of those individuals are no longer homeless,” he announced Tuesday to applause from the dozens of people in attendance at a press conference.

Mathy said 53 of the individuals now live in their own housing, 23 are in traditional housing and the remainder live with their families.

“It was a tremendous success for the partners,” he said. “This really should be looked at as a blueprint across the country.”

The Wisconsin Department of Transportation, Milwaukee County, City of Milwaukee, Milwaukee Metropolitan Sewerage District and several nonprofit partners worked to find housing for those living in Tent City while simultaneously advancing a green infrastructure project that would make it very difficult for the camp to reemerge.

“Where it was a divider, it is now a uniter,” said MMSD executive director Kevin Shafer. MMSD led the construction of the project.

Get a daily rundown of the top stories on Urban Milwaukee
The new project includes a plaza along W. St. Paul Ave. and a large bioswale to capture stormwater runoff, almost all of which comes via pipes from the freeway interchange above. A series of other landscaping elements, including stones, guide the water down the hill toward the bioswale or other holding areas. Ultimately, the goal is to prevent up to 150,000 gallons of water per storm from rushing towards an 84-inch storm sewer and into the region’s waterways. Instead, slowing the flow allows water to slowly enter the combined sewer system and be treated.

The project also has transportation benefits. Cyclists and pedestrians can now go between W. Michigan St. and W. St. Paul Ave. on a switch-back gravel path. Due to the grade change and interchange, the nearest fully accessible connections between the streets were either at N. 5th St. or 13th St. You can access the new path from the north at the intersection of N. 10th St. and W. Michigan St.

“Keep in mind future recreational uses remain possible,” said Public Works Commissioner Jeff Polenske. He said projects to the east, like the pickleball courts in the Historic Third Ward, show that people will utilize spaces under freeways, despite the noise. Future phases of the Marquette Interchange project could involve mountain biking trails. “Final touches” are still planned as part of the project’s current phase, including dealing with erosion in a section of the new trail.

“I am proud of the DOT’s role in this project because it demonstrates the kind of thinking planning present in every project,” said newly-confirmed Wisconsin Secretary of Transportation Craig Thompson.

WisDOT deputy director for the southeast region Roberto Gutierrez said the project would have occurred on a similar timeline if Tent City never existed. “We are always concerned about the environment,” said Guiterrez. “We see that need in several different areas.” But the only other area he explicitly mentioned was the site at S. 4th St. and W. Becher St., where a homeless encampment is located under an elevated freeway. Polenske said the partners are looking at strategies to address that area.

And while Tent City is no more and the green infrastructure project is providing public benefits, the problem of homelessness remains.

A point-in-time count conducted in January found only 17 unsheltered individuals, down from 87 in the year prior. Mathy attributes much of that to the availability of federal resources to prevent evictions, but he was quick to note those funds won’t last forever.

The county, using a grant from the city, expanded its outreach efforts to include a second shift of personnel that advance the county’s Housing First strategy and also seek to connect individuals to supportive services. Mathy also said support has been received from the United Way and the business-community-backed effort to create a downtown homeless outreach coordinator role within Milwaukee Downtown, BID #21.

The green infrastructure ribbon cutting was held as part of Menomonee Valley Partner’s 2021 Valley Week. The week, which runs through Oct. 2, includes a series of events including a happy hour cruise, blood drive, trivia tournament and outdoor movie night. Mor information is available on the organization’s website. 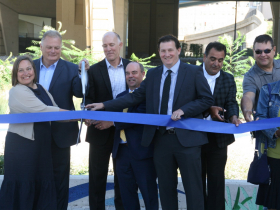 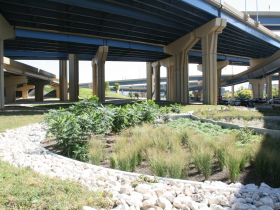 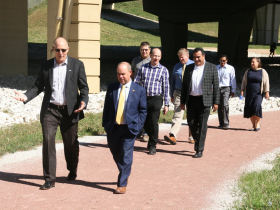 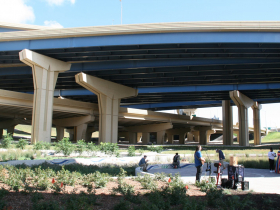 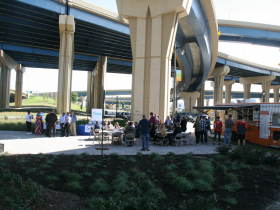 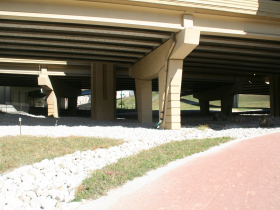