Ald. Ashanti Hamilton claims even a dead body wasn't enough to get a garbage cleanup in Garden Homes neighborhood. 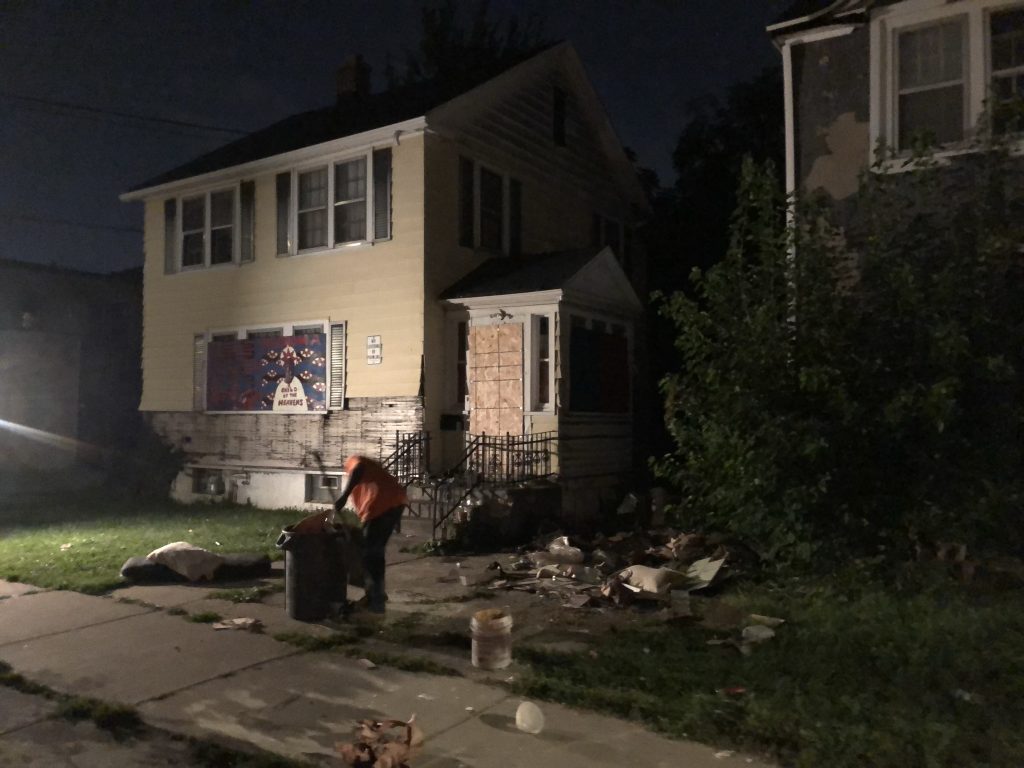 A contractor cleans up trash on the 2600 block of W. Port Sunlight Way. Photo by Jeramey Jannene.

Alderman Ashanti Hamilton was so frustrated by a months-long accumulation of trash on a collection of boarded-up, city-owned homes that he was prepared to camp out next to them until things were cleaned up.

“These are not supposed to be difficult issues to tackle. This is the bread and butter of city government,” said Hamilton about the trash pile near the intersection of N. 27th St. and W. Atkinson Ave.

But when Urban Milwaukee arrived Thursday evening, Hamilton was putting his tent back in his vehicle.

The alderman sent out a press release publicly shaming the Department of City Development and an unnamed contractor at 5:17 p.m. By 8:15 p.m., Hamilton said a crew led by T.L. Reese Corporation was on site cleaning up the mess. Multiple trailers were needed.

“There was a mountain of tires. There was a trash heap with a dead body. There were mattresses. There was a full furniture set blocking the alley,” said Hamilton, describing the garbage that had accumulated on the 2600 block of W. Port Sunlight Way. He said the narrow street had acquired the nickname “Atkinstan,” a reference to war-torn Afghanistan and nearby W. Atkinson Ave.

“Normally this is filled with people,” said Hamilton, noting that the area has become a magnet for open-air drug trafficking, prostitution and drug use. Things got so bad that Hamilton said those involved in the drug trade and prostitution were helping clean it up before the city and its contractor.

The alderman said the particular garbage issue first came to his attention in July when a dead body was pulled from a garbage pile. He believes the body was called in to police and his office subsequently called in the trash for cleanup. But the garbage pile remained.

On September 1 he reported the trash for cleanup. Around noon on Thursday he went back only to find that nothing had changed.

“If we cannot take care of a simple trash issue, we are not taking care of education issues, concentrated poverty, investment in businesses, the violence that’s happening,” said the alderman. “If you can’t tackle trash that’s all far beyond what you can do.”

He credits long-time area resident Martha Freeman and other residents with continuing to advocate for the Garden Homes neighborhood.

“It was such a reflection of the struggle,” said Hamilton of what spurred him to threaten to camp next to the mess.

“I’m hoping that the response to this will be a little bit greater,” said Hamilton of concerns about the neighborhood going forward. He wants to see solutions to the drugs, prostitution and violence that occur on the side streets in the area.

The neighborhood was built as a city-sponsored housing cooperative for World War I veterans and other working-class families in the 1920s. Originally for whites only, it became a predominantly Black middle class neighborhood in the heyday of then-nearby A.O. Smith. But the company’s closure triggered a spiral of disinvestment in the neighborhood.

The council and administration officials have spent a substantial amount of time in recent years debating strategies to curb illegal dumping, including a cash reward program, the merits of charging for tire disposal, a requirement for developers to monitor city-owned homes being held for their acqusition and a rapid-response cleanup team. 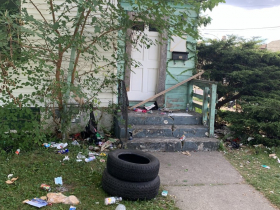 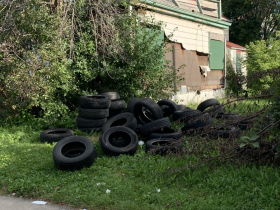 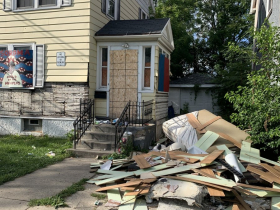 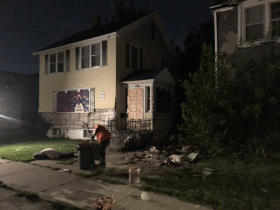 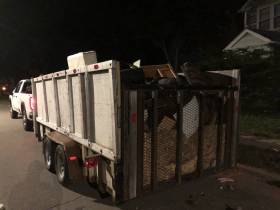 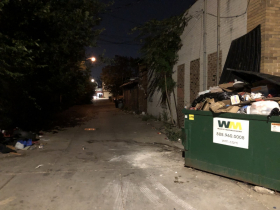