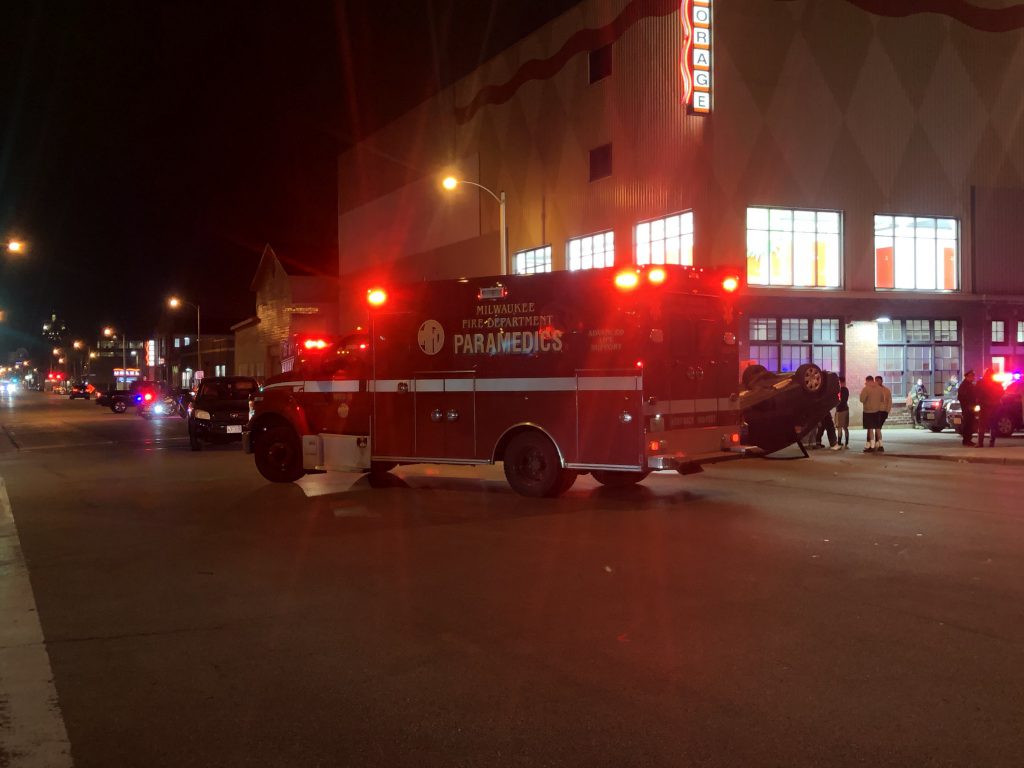 Much of Mayor Tom Barrett‘s $93 million “Stronger Summer” plan might never be put into action, but a Common Council committee gave an initial approval Thursday morning to approximately $14 million worth of projects.

The council’s Finance & Personnel Committee recommended the allocation of $4.7 million to address an ambulance shortage, $1.8 million to hire attorneys for those being evicted and $7.15 million to combat reckless driving.

The allocations were the only such efforts the council agreed upon before imposing an October 1 deadline for its members to submit their proposals for the $197 million first tranche of the city’s $394.2 million American Rescue Plan Act grant.

But Barrett would still like to see more of his plan considered.

“I would ask you to move as many of these items as you can, knowing full well you won’t get to all of them,” said the mayor in touting his plan before the committee. In addition to what the committee reviewed there are components focused on housing and workforce development.

The committee reviewed the three target areas after learning that the $394 million for generational investments could potentially shrink by 40% to cover lost revenue.

You might not know it unless you call 911, but Milwaukee faces an ambulance crisis. Midwest Medical Transport Company, one of three ambulance providers supplementing the Milwaukee Fire Department, gave notice on April 12 that it would stop providing service in 180 days. But for months the company, which is responsible for the northwest side of the city, was already declining calls.

“If a person requests transport to a hospital in an ambulance, we must provide it. We don’t have another option,” said Fire Chief Aaron Lipski. And without Midwest Medical, MFD has started using two old ambulances and its own personnel to answer “basic life support” (BLS) calls that get dumped back on the fire department.

Get a daily rundown of the top stories on Urban Milwaukee
Barrett, at Lipski’s request, is proposing to allocate $4.7 million to fund the fire department providing the service and to subsidize the two remaining private operators, Bell Ambulance and Curtis Ambulance. Stagnant Medicare reimbursement rates are making the service difficult to provide.

The Comptroller’s Office reviewed the companies’ books and will award Bell a subsidy of $81 per ride, and Curtis about half that. “We believe those are fair,” said budget director Dennis Yaccarino. “They are much less than Bell originally asked for.”

The city is finalizing an agreement with the companies on a clawback provision should they too bail. But Lipski said the companies have indicated if nothing is done, they too will provide notice to stop serving the city.

If that happens, MFD might not even have the equipment to meet the calls. New ambulances currently require a 12-month lead time.

“I think it is a wise move for us to continue staffing two BLS ambulances until we are sure we are over this hump,” said the chief. The committee unanimously recommended approving the request.

For more on the issue see our coverage from April.

An array of strategies to deal with reckless driving was the most hotly contested item.

“This initiative really expands on many of those things that we have been doing,” said Public Works Commissioner Jeff Polenske of the engineering component.

Citing the example of the narrowed N. Hawley Rd. in committee chair Alderman Michael Murphy‘s district, Polenske said the projects are seeing results. A total of $5 million, under Barrett’s proposal, would be allocated to similar narrowing and reconfiguration projects designed to reduce vehicle speeds and collisions at previously identified high crash locations. It would also cover a more than $1 million effort to lower standardized speed limits in the city.

“I think many of us would agree that a lot of our residential streets are very narrow, you have parking on both sides, 25 miles per hour feels a lot faster than it really is,” said Polenske.

An additional $1.15 million would go towards the Milwaukee Police Department to work on enforcement. That includes $500,000 for overtime and upgrading all of the computers on police motorcycles.

Acting Police Chief Jeffrey Norman said MPD would expand its enforcement efforts, but wouldn’t be able to solve the issue. “I do not believe enforcement is going to be an all-encompassing answer,” he said.

The computers on all 60 MPD motorcycles would be upgraded. “It’s an obsolete technology that doesn’t sync with our current reporting system,” said MPD chief of staff Nick DeSiato. “They need better computers that are built for motorcycles.”

Committee members pushed back on various parts of the proposal and ultimately split it in half before considering its adoption.

The police portion passed on a 3-2 vote with Nik Kovac and Milele A. Coggs in opposition. Coggs said she wanted to see a different strategy.

Ald. Scott Spiker pushed to hold all of the engineering components. “The speed limit thing is not a no brainer,” he said. He asked what the rush was in approving the money before the rest of the ARPA funding was considered.

“The rush is that we are dealing with a huge reckless driving epidemic,” said Alderwoman JoCasta Zamarripa. She said she spoke at a court hearing for a family and was admonished, as part of the council, for not doing enough by the judge. “We have to have a sense of urgency around reckless driving in our city.”

Spiker expressed concern that DPW doesn’t have the talent in-house to make a meaningful impact by reducing the speed limit. But the commissioner agreed.

“I am not going to have engineers developing a communication strategy, I can guarantee you,” said Polenske. He said that beyond just changing street signs to show smaller numbers a substantial education component was planned. The council would also need to approve the change with a future vote.

“I don’t think we should be passing this today without knowing what we are giving up,” said Spiker of the other ways to spend money. He unsuccessfully moved to remove $1.2 million for the speed limit project.

Murphy introduced an amendment that actually increased the size of the DPW allocation by $1 million, to $6 million. The funds would offset the resident cost of assessable improvements like speed humps. The humps can often cost residents hundreds of dollars to install.

“I think there will be a substantial increase in people wanting to support traffic calming measures,” said Murphy of making the improvements free.

“The mayor is supportive of suspending the assessment,” said Yaccarino. So was the committee.

When a residential renter ends up in court, the expertise is on the side of the landlord. With a wave of evictions expected following the termination of a federal eviction moratorium, an array of nonprofit partners and public institutions are looking to balance the scales.

“Right now 3% of tenants are presented by counsel in eviction court and 50% of landlords are represented [by counsel],” said Department of City Development real estate services manager Amy Turim in introducing the proposal.

The city would contribute $1.8 million to the Legal Aid Society of Milwaukee to hire attorneys for renters. Milwaukee County is expected to contribute a similar amount.

It’s a move that Turim said aims to save money on other programs and reduce stress on families. The hope is to negotiate more dignified relocations for families facing eviction, avoiding their property being dumped on the curb and their credit rating being damaged.

“Right to counsel is one way to get there and a very critical way to get there,” said Legal Aid Society executive director Colleen Foley. “The system is broken. It doesn’t work right when only 3% of tenants are represented.”

The Apartment Association of Southeastern Wisconsin is backing the proposal. “We are trying to promote mediation,” said its attorney Heiner Giese.

“I think this attempt is trying to strike a fair balance between landlords and tenants,” said Murphy. But he also criticized Giese’s group for backing state laws that tilt the scales towards landlords and prohibit city programs that are aimed at improving rental housing quality.

The committee unanimously backed the proposal, but not before spending a substantial amount of time debating the pros and cons of Matthew Desmond‘s book Evicted.

“I was just sitting here thinking what a great example of the utilization of ARPA funds this is because it truly is a collaboration,” said Coggs.

The full council is expected to consider all four funding allocations at its September 21 meeting.