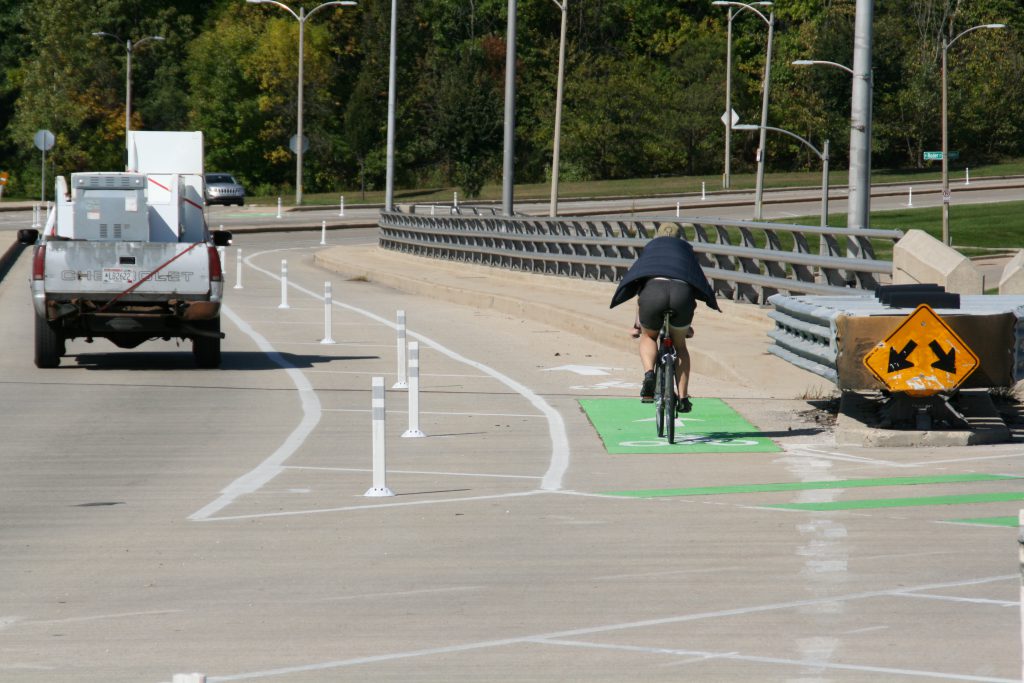 A cyclist on the N. Hawley Rd. protected lane. Photo by Jeramey Jannene.

The Department of Public Works (DPW) has put four-lane N. Hawley Rd. on a “road diet” for a .9 mile stretch W. Michigan St. to W. Vliet St. that connects Story Hill with Washington Heights. A city traffic study had found that 90 percent of drivers in the area were speeding, with eight percent exceeding 10 miles per hour over the speed limit.

Planning for the project began in summer 2018. According to the city’s analysis: “From 2013 to 2017, there were 122 crashes on Hawley Rd., resulting in 40 injury crashes and 57 injuries, which included four people walking and four people biking being struck.” The fastest observed speed was 63 miles per hour, 33 miles per hour over the speed limit.

The changes to the corridor, traveled by 14,600 vehicles a day, have largely been accomplished by reducing the number of travel lanes over the N. Hawley Rd. viaduct, reducing lane widths and installing a .5 mile protected bike lane.

From W. Wells St. to W. Martin Dr., a new protected bike lane has been installed. The seven-foot-wide lane is separated from the motor vehicle lane by a seven-foot-wide painted corridor with flexible delinerators (plastic bollards). A travel lane in each direction was removed, making the freeway-like viaduct more closely resemble a standard city street. The remaining travel lane was reduced from 13 feet wide to 12 feet wide as part of the change.

The segments north and south of the protected lane and viaduct have also been modified. South from W. Wells St. to W. Michigan St. the four-lane street has been reconfigured to include turn lanes instead of two travel lanes in each direction. The design changes are intended to reduce speeding and make it easier to enter and exit N. Hawley Rd.

The city estimated spending $65,000 on the project, but DPW spokesperson Brian DeNeve estimated that the final cost would be lower because the city was performing the work in house.

The work was completed in September.

N. Hawley Rd. is the third such corridor to have protected bike lanes installed in recent years. A protected lane was installed incrementally on Kilbourn Ave. from N. 6th St. to N. Van Buren St. over the past two years. The E. North Ave. and E. Locust St. bridges over the Milwaukee River also were given protected lanes in 2018. The latter two bridges have been a success according to DPW’s analysis, increasing cycling by at least 104 percent and reducing excessive speeding (vehicles traveling in excess of 40 miles per hour) by at least 50 percent on both bridges.

The city adopted a Complete Streets policy in October 2018 that requires city road projects to accommodate all users in their planning and design. The signing ceremony, held along a stretch of S. 5th St. that received its own road diet, was attended by Alderman Michael Murphy who represents the redesigned N. Hawley Rd. corridor. 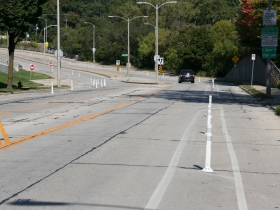 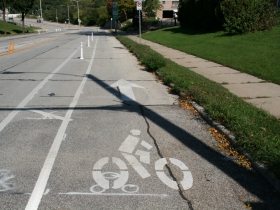 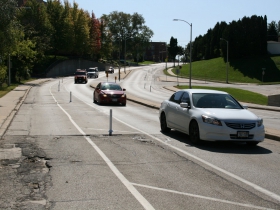 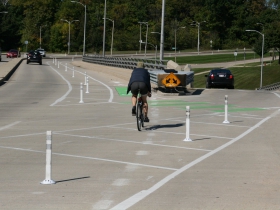 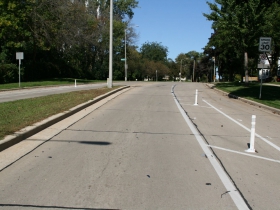 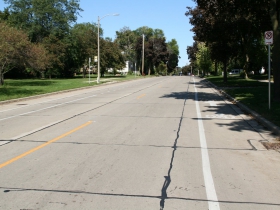 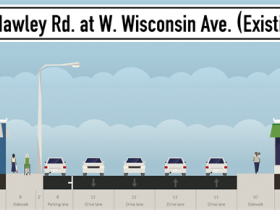 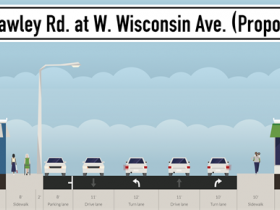 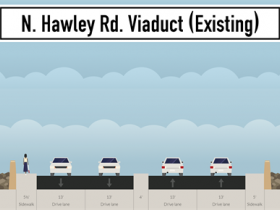 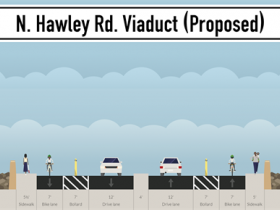 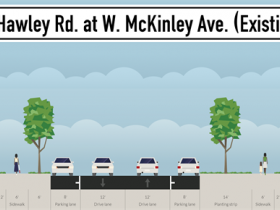 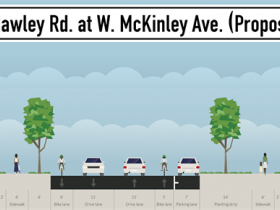