New Gas Light Park is small and all about the children. 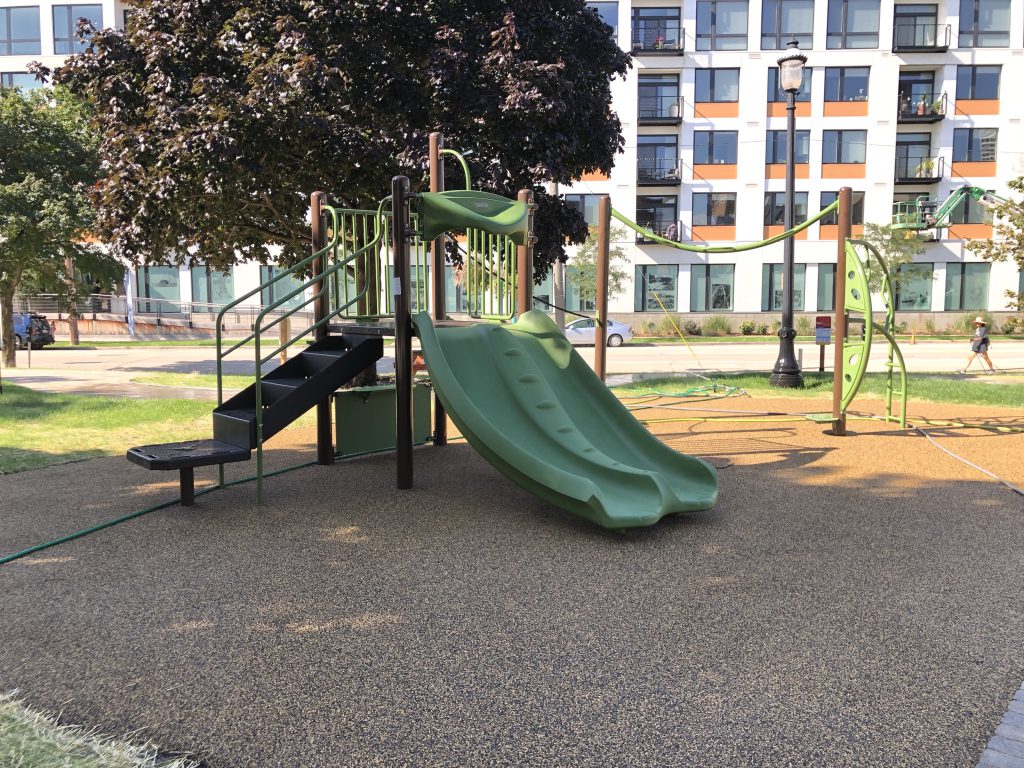 There is a new spot for children to be entertained and educated in the Historic Third Ward.

Gas Light Park, 111 N. Jefferson St., opened last week. The grass-covered triangular park is centered around a small playground. There is also a series of signs, known as a Born Learning Trail, that are intended to engage children and adults together in shared, educational activities.

The park’s development was led by the Historic Third Ward Association in response to the growing number of children living and visiting the neighborhood.

“I think it’s a misnomer that the Third Ward does not have children living here,” said neighborhood resident and association executive director Jim Plaisted in an interview. He said it’s now common to see strollers and young children, beyond just those visiting their grandparents.

“For years, a group of residents were talking amongst themselves as well as with the Historic Third Ward Association about a park,” said Plaisted. But the project never to came fruition.

A strategic planning process that coincided with Plaisted’s 2017 hiring returned the project to the front burner. “This was definitely an amenity that people wanted,” he said.

“It’s an amenity that the residents embraced, both in concept and in writing checks,” said Plaisted. Approximately $63,000 was raised from more than 70 donors. The area’s business improvement district, separate from the association, covered the remaining costs of the approximately $90,000 project.

A number of public amenities have been added to the area in recent years, including Trestle Park in 2018 and pickleball courts earlier this year, but none cater explicitly to children. Green space in the middle of the neighborhood is limited to Catalano Square, which includes public art, but no slides.

Located at the intersection of E. Erie St. and N. Jefferson St., the new park adds a playground and landscaping to a 9,466-square-foot lot owned by We Energies‘ Wisconsin Gas LLC affiliate. Mature trees on the perimeter of the site were maintained as part of the playground’s installation.

Get a daily rundown of the top stories on Urban Milwaukee
The park name is a reference to the Milwaukee Gas Light Co., a We Energies predecessor which once had a large gas plant at the south end of the neighborhood. A nearby apartment building, Gaslight Lofts, is also named for the former gas plant.

It’s the second new park in the area to open this year.

Further east of Gas Light Park, and outside of the fabric of the neighborhood, Milwaukee World Festival, Inc. and Northwestern Mutual opened a large, new children’s park in the middle of the Henry Maier Festival Park grounds earlier this summer. It is open to the public on non-event days.

The two children’s parks are approximately a half-mile apart and separated by the Hoan Bridge and a series of surface parking lots.

A mile north, Milwaukee County Parks replaced the playground at Cathedral Square Park in 2019, revitalizing a place for children in East Town.

Milwaukee Recreation and Milwaukee Plays are systematically refreshing playfields and playgrounds across the city.

The Born Learning Trail is a project of the United Way of Greater Milwaukee & Waukesha County. The trail project is part of a nationwide United Way effort. 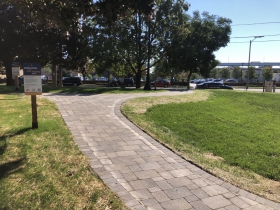 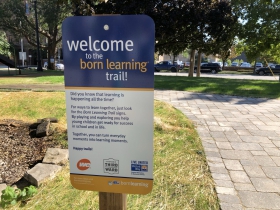 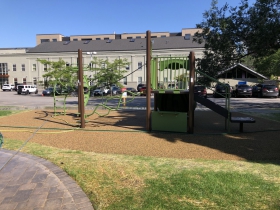 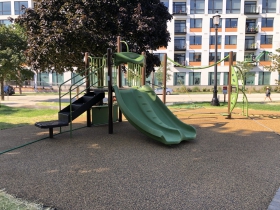 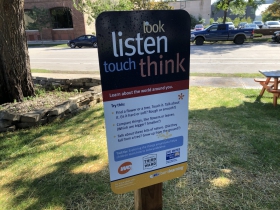 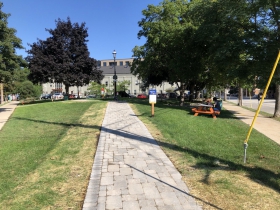