The plan is intended to guide development through 2040. 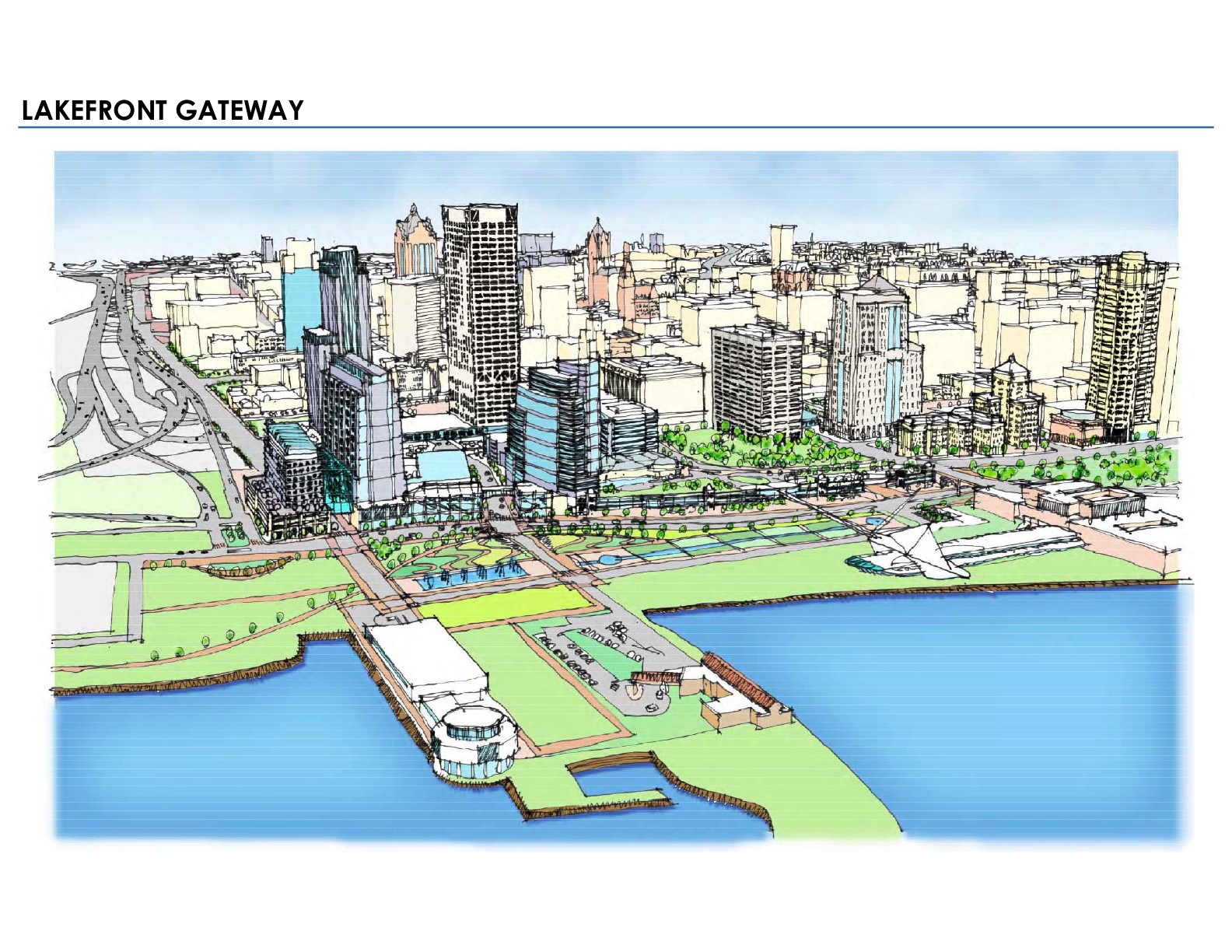 The City of Milwaukee has assembled its team to chart an equitable future for Downtown.

The Department of City Development is partnering with Milwaukee Downtown, Business Improvement District #21 and a team of contractors on the effort, known as “Connec+ing MKE 2040.”

It’s an update of the 2010 Downtown Area Plan that guided the development of catalytic projects like The Hop streetcar line and set broad land-use strategies. Since that plan was created, DCD and Milwaukee Downtown report that $3.5 billion of real estate development has taken place and 4,800 new residential housing units were created.

A team of consultants, announced last week, will support the effort.

P3 Development Group will manage equity and engagement in the process as well as engaging with a downtown community council.

“Milwaukee experienced a major renaissance following the Downtown Area Plan’s adoption in 2010. Looking at how far we’ve come is inspiring, but we know there’s more to do in ensuring Downtown is a place for every resident, in every neighborhood, to feel welcome and connected to our city,” said DCD Commissioner Lafayette Crump in a statement. “The time is now to plan for Milwaukee’s growth and future. I’m looking forward to building up our Downtown to ensure it is stronger, more equitable, and easily accessible to every Milwaukeean.”

The 2010 plan called for eight catalytic projects, four of which have been implemented or are well underway. The city and partners have successfully created a streetcar system, reactivated W. Wisconsin Ave., improved the connection between Downtown and the Historic Third Ward along N. Broadway and strategized for the creation of a Lakefront Gateway district, once The Couture is completed, near E. Michigan St. and N. Lincoln Memorial Dr.

Get a daily rundown of the top stories on Urban Milwaukee
Projects that haven’t advanced include the redevelopment of MacArthur Square, the redevelopment and activation of W. St. Paul Ave. near the Milwaukee Intermodal Station, an improved and better connected Pere Marquette Park, and development of the Haymarket area. But with the exception of MacArthur Square, there are major developments pending or underway that would substantially advance the remaining projects.

“While many of the recommendations and catalytic projects called for in the 2010 plan have been implemented or are in progress, the 2010 Downtown Area Plan is still very relevant,” said Milwaukee Downtown CEO Beth Weirick. “We’re looking at this next iteration as a refresh of that plan, with some strategic updates to better position the central business district for growth and investment.”

Milwaukee Downtown will match $50,000 of city funds, allocated through the budget, with $100,000 of its own to advance the effort.

The 2010 plan’s creation coincided with a citywide effort to create state-required area plans. But the downtown plan built on a prior plan.

The 1999 plan called for a number of projects and improvements Milwaukeeans now take for granted: the demolition of the Park East Freeway, redevelopment of the Pabst Brewery, completing the Milwaukee RiverWalk and more two-way streets. A handful of projects were carried over to the 2010 plan, including MacArthur Square and creating a neighborhood around the train station.

The new plan is expected to be completed in 2022. It would require Common Council adoption. The full council authorized the creation of the plan in March.

DCD has undertaken a number of other area planning projects in recent years, including the Water and Land Use Plan that guides the development of the Harbor District. An update is underway for the area around the intersection of W. Fond du Lac Ave. and W. North Ave.

DCD is actively hiring a design consultant to support the creation of a Bay View area plan, an update to the 2008-adopted Southeast Side Area Comprehensive Plan.

One thought on “Eyes on Milwaukee: Consulting Team Announced for New Downtown Plan”