A new planning process would help guide future of the neighborhood. 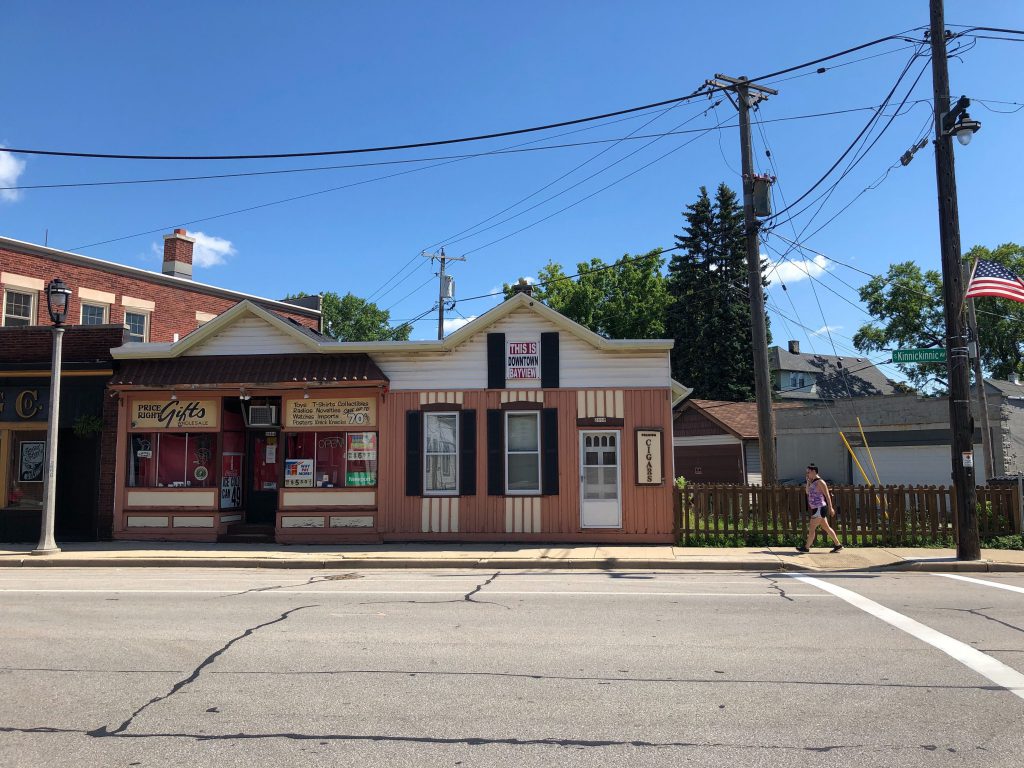 This is downtown Bay View says a sign on a building at 2664-2668 S. Kinnickinnic Ave. Photo by Dave Reid.

Want to help chart the future of Bay View?

If you’re an urban design consultant, you can get paid to do so. As part of creating a new comprehensive area plan for the Bay View neighborhood, the Department of City Development (DCD) is seeking a consultant.

The plan’s creation is backed by area Alderwoman Marina Dimitrijevic who said she was inspired to call for this after talking with residents while campaigning in 2019 and 2020.

“The number one issue is, of course, development,” said Dimitrijevic in February of concerns she hears from residents. The plan would identify catalytic sites for future real estate development while making suggestions about scale and use of properties. Dimitrijevic said she also looked forward to developing a vision for street design and transportation.

DCD planning manager Sam Leichtling, in an appearance before the council’s zoning committee, said the timing is right for a new plan. Real estate developers have taken a growing interest in advancing projects in the neighborhood in the past decade.

The consultant is intended to work in a support role with DCD’s planning division, primarily designing and illustrating various planning and urban design concepts. The level of detail in drawings, which will include area maps and plans for specific sites, is to be determined in the contract negotiation process.

The Bay View plan will roughly follow the city-defined boundaries for the south-side neighborhood. It will run from Becher Street and E. Bay St. on the north to Holt Avenue on the south, from Lake Michigan on the east to the Canadian Pacific railroad tracks and S. Chase Ave. on the west. By area, the neighborhood is among the city’s largest.

The plan, after a series of public meetings and workshops, is expected to be completed by September 2022.

Responses are due by August 20 at 11 a.m. A full copy of the 27-page request for qualifications is available on the DCD website.