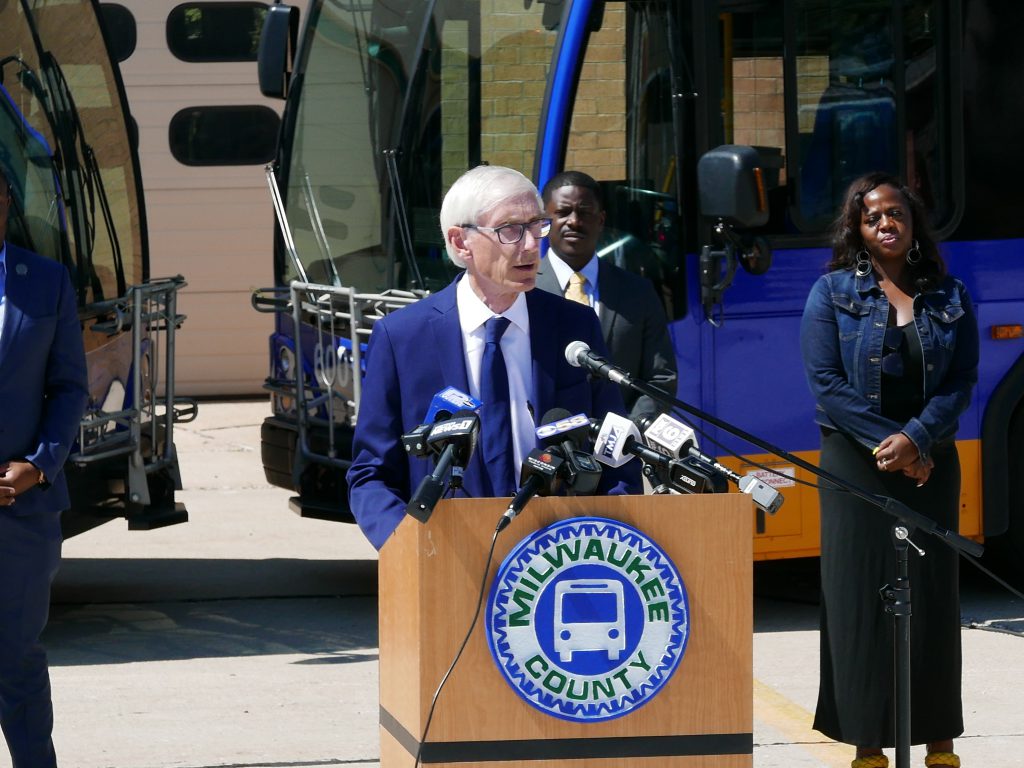 At a press conference outside an MCTS maintenance facility at 1525 W. Vine St., Evers said the funds would be allocated to make up for the cuts the Republican-controlled Legislature made to the transit system in the latest state biennial budget.

In June, the Legislature made massive cuts to the budget proposed by Evers. Among them was a $32.7 million cut to transit aid to Milwaukee County, simply because the transit system received federal funding through COVID-19 stimulus bills. 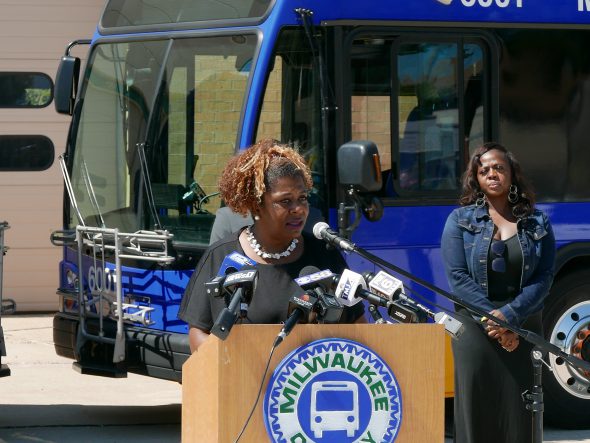 Evers said he is allocating a total of $25 million in funding from the state’s American Rescue Plan allocation for public transit in the state; specifically for Milwaukee County and the City of Madison, which will get $5.3 million.

Evers said he knew the budget would be a fight with Republican legislators, but “Nevertheless, I was disappointed to see Republicans gut and cut the priorities of the people.”

State Sen. LaTonya Johnson, a Democratic member of the Republican controlled Joint Committee on Finance, who represents much of north and central Milwaukee, said the budget cut was “spiteful, it was mean spirited and it was counter productive.”

“Money that was intended for the COVID-19 relief, that was given to us by the federal government, shouldn’t have been a punishment, but a way for our transit systems to sustain themselves during the COVID-19 pandemic,” Johnson said.

The state only provides transit funding for operating a transit system; it provides no funding for maintaining infrastructure or making bus purchases.

MCTS has struggled, like all other county agencies, with stagnant state funding. The federal stimulus funding provided a massive infusion of one-time revenue at a time when system officials were wondering how to maintain even the current level of service over the next few years. The transit system planned to use the revenues to fill in short term revenue deficits for operations and make much needed capital investments, specifically in the fleet.

So the Legislature’s budget cut directly affects the current MCTS bus service, and indirectly affects its ability to purchase new buses and pay for transit infrastructure.

The transit system estimates that it needs to purchase 233 buses by 2024. At approximately half a million per bus, that amounts to roughly $117 million in bus purchases. The county recently began pursuing federal grants to purchase more than 60 new buses.

The $19.7 million in ARPA funding coming from the state’s allocation doesn’t completely replace the revenue cut by the Legislature. Asked why he didn’t replace the entire cut with ARPA revenue, Evers said, “We did as much as we could.” The governor said “the line is very, very long,” for organizations and entities that need and are requesting ARPA funds. 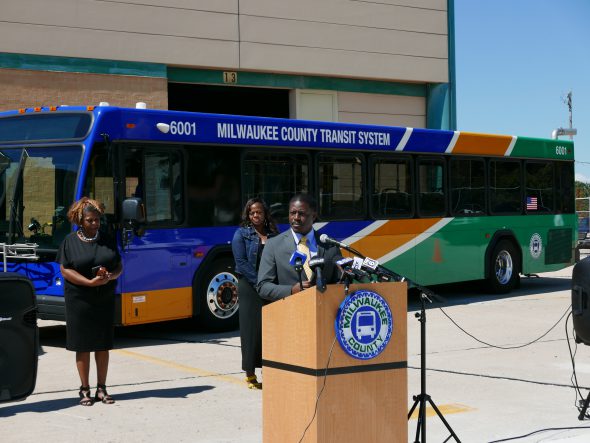 County Executive David Crowley said the new ARPA funding from the state will reduce the effect the budget cuts have on the county’s transit system, but in the background the county’s structural deficit still looms large.

“Our structural budget deficit puts the success of our neighborhoods in jeopardy,” the county executive said.

Adequate funding is critical to provide reliable transit for county residents that rely on it for access to work, school and healthcare, Crowley said.

Crowley noted the county’s strategic plan to address racial equity, and key to the plan is dismantling barriers to “inclusive and diverse communities.” A lack of transportation options is one of those barriers.

“Creating more transportation options and resources for residents is one way we can break down those barriers,” he said, “and encourage more connected communities that have historically been divided.”