Hundreds of MCTS buses are coming due for replacement in upcoming years. 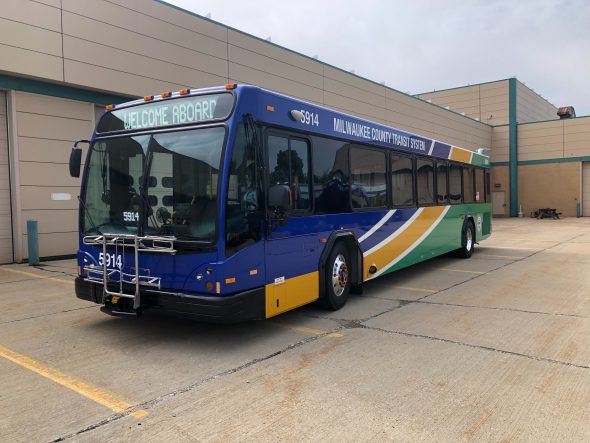 The Milwaukee County Transit System (MCTS) has a lot of buses that need replacing.

In fact, the transit agency recently reported to the Milwaukee County Board that it estimates it will need to replace 233 buses by 2024. At approximately half a million per bus, the county is looking at approximately $117 million in bus purchases that need to be made in the next three years.

The Milwaukee County Department of Transportation (MCDOT) plans to pursue $28 million in federal grants to purchase 64 new buses. The grants would require local funding matches from the county that add up to $7.2 million.

A significant chunk of the buses that will need replacing came to Milwaukee approximately 10 years ago thanks to the 2009 American Relief and Recovery Act, a federal stimulus bill signed by President Barack Obama. Under the legislation, MCTS received funds that it used to purchase 90 buses.

“At that time we replaced almost our entire fleet,” said Donna Brown-Martin, director of MCDOT. “Now we’re at a point where we need to replace those buses.”

The useful life of a bus is typically 15 years, Brown-Martin said. “Our system puts a lot of miles, a lot of wear and tear on our buses.”

It’s critical, she said, that the system stays on schedule for bus replacements. Due to budget cuts, the MCTS fleet is already smaller than it was just two years ago. This was a factor cited by the transit agency when it announced it wouldn’t provide service to park and rides for Summerfest this fall.

The transit system has operated on tight budgets, with unsustainable state funding for years. In the latest biennial budget, the Republican-controlled state Legislature cut transit funding to Milwaukee County citing the COVID-19 pandemic stimulus funds it received. The state doesn’t provide capital funding to transit, so these cuts were directly to MCTS service.

In June, Joe Lamers, director of the Office of Performance, Strategy and Budget, told the county board that the transit system was planning to use some of the stimulus funds to cover capital expenses and maintain existing service levels. Given the transit cuts in the budget, more of the stimulus funding will have to cover operating costs, affecting plans to make capital investments like bus purchases.

MCDOT is planning to apply for two federal grants. One is a Congestion Mitigation and Air Quality Improvement grant (CMAQ), and the other is a Surface Transportation Program block grant (STP).

CMAQ are allocated to the Federal Highway Administration, but are administered in Wisconsin by the state Department of Transportation. Projects must, in some way, improve air quality and reduce congestion in areas that do not meet primary federal air quality standards. The last time MCDOT applied for CMAQ funds was 2019, when it pursued $27 million in funding for marketing, expansion of the MCTS mobile app and fare collection system, bus replacements, operating funds for the East-West Bus Rapid Transit line and two traffic signal improvement projects.

“We’re at a point,” said Brown-Martin, “where we need to replace those buses.”

One thought on “Transportation: County Pursues Funding to Replace 64 Buses”