Could Federal Grant Revive the Jobline?

Supervisors eager to recreate the shuttered bus service push to use federal grant. 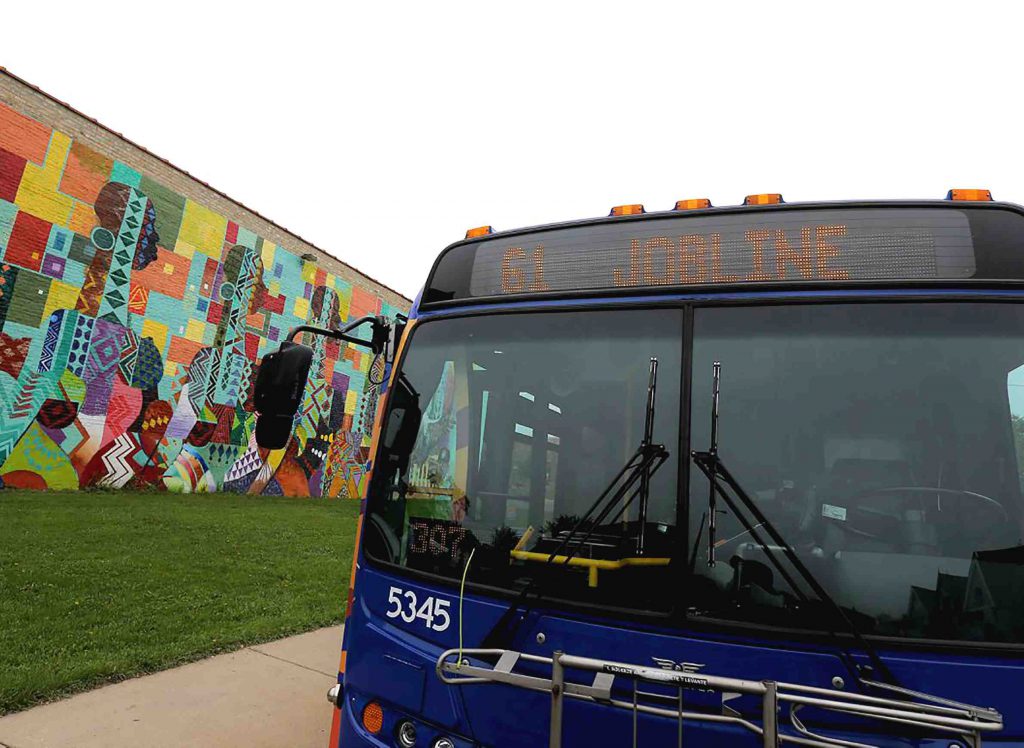 The Milwaukee County Department of Transportation (MCDOT) received approval from a county board committee Wednesday for a controversial federal grant application, but that application could change.

In early September, county officials went before the Milwaukee County Board’s Committee on Transportation, Public Works and Transit seeking retroactive approval of a grant application for a federal Congestion, Mitigation and Air Quality Grant (CMAQ) that had already been filed. At the time, county supervisors, notably Sup. Marina Dimitrijevic, were dismayed at the choice of projects and also the after-the-fact approval the County Department of Transportation was seeking.

At the time, the Milwaukee County Transit System was expecting an $8 million budget shortfall and had announced it would be cutting bus routes to fill the hole. This was the background for Dimitrijevic’s exasperation when MCDOT sought approximately $27 million in federal funds for: marketing activities for MCTS, expansion of the MCTS mobile app/enhanced fare collection system, bus replacements in 2023, operating funds for the planned Bus Rapid Transit service in 2024, and two traffic signal improvement projects, one on Silver Spring Drive and the other for improvements on Oklahoma Avenue, S. 76th Street and S. 92nd Street.

As Urban Milwaukee reported, a source familiar with the grant application process said county officials could have applied for the funding in a way that saved some of those bus routes that were to be cut, rather than applying only for transit expansion projects. In 2011, Milwaukee County used CMAQ funding to maintain service and avoid route cuts by exploiting wiggle room in the grant guidelines

Two weeks after Urban Milwaukee reported on the controversy over the latest federal grant application, Milwaukee County Executive Chris Abele announced the re-direction of approximately $4 million in healthcare savings to the transit system to restore routes marked for cancellation.

Still, Dimitrijevic questioned why the county couldn’t support the “jobline” as it was called, with the grant funding. The jobline was an inter-county bus service funded by the settlement of a civil rights lawsuit. The service in question was taking workers to jobs in Waukesha and Washington counties, and was shuttered at the end of August. “I’m not gonna sit here and act like it’s all cool. It’s not cool. This is an injustice,” she said.

At the committee meeting Wednesday, Donna Brown-Martin, Director of Milwaukee County Department of Transportation, said the county could seek permission to modify and change the projects in the application after the money is awarded.

But CMAQ funds have to be used on new projects. In 2011 the transit system got around this by designing new services along existing routes and used CMAQ funding for their operations. Transit riders know these routes today as the color coded lines: Greenline, Blueline and Redline.

Brown-Martin told the committee, “If you submit it, there still is the opportunity to amend the application as part of modifying in terms of changes.” She noted, though, that it would have to be “a brand new route.”

The committee approved the application and it goes to the full board next. Dimitrijevic abstained from the vote, citing concern over the process and substance of the CMAQ application.

Committee Chair Supervisor John Weishan, Jr. told the committee he didn’t think the committee or the county should attempt to change anything before the funds were awarded. “I would not want to jeopardize the funding we have already applied for.”

Weishan was wary that the board could end up giving their constituents false hope. He advised against modifying the application before anything was approved, “Because what is most likely to happen is they will say, ‘fine you don’t want the money for marketing’ and they will remove that, they will put it through their meat grinder process and it will be reallocated to other projects in other communities.”