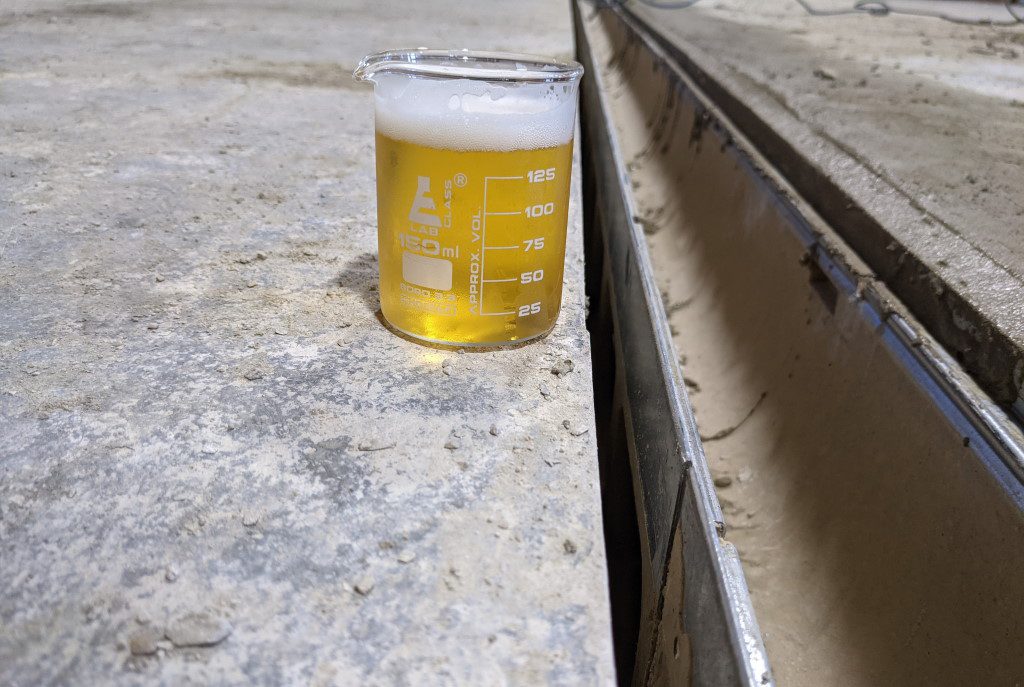 Punch Bowl Social the largest business in the Deer District, remained closed during the NBA Finals — when thousands of fans gathered in the area to watch the game. Now, after being closed for 15 months, Punchbowl Social has announced its reopening plans. Andrew Weiland reports:

Punch Bowl Social will reopen its Milwaukee location in late September or early October, prior to the first Bucks preseason game this fall. The building, located across a plaza from Fiserv Forum, was developed and is owned by the Bucks. Punch Bowl Social occupies 24,000 square feet in the building…

Nothing Bundt Cakes To Open In Greenfield

Nothing Bundt Cakes, a national chain that specializes in the circular-shaped cakes from which its name is derived, will open a location in Greenfield, in the former Dressed In Time space at 7450 W. Holmes Ave. Owner Mike Dejong previously opened a Nothing Bundt Cakes location in Brookfield in 2017 and has planned a September 24 opening for the Greenfield shop. Bob Dohr reports:

The Bundt cakes — distinctive ring-shaped cakes — are all baked in house, [Dohr] said. The frosting’s done in the shop, too.

For those who prefer smaller fare, the store sells Bundtinis, bite-sized Bundt cakes that are sold by the dozen.

You can also purchase non-food items such as cake stands, cards and gifts.

Glow-in-the-Dark Restaurant Coming to South Side

Karaoke, retro gaming and sipping on glow-in-the-dark mocktails are just a few of the family-friendly activities offered at a new restaurant planned for a September 15 opening on the South Side. Amorsito, located at 2936 S. 13th St., will serve a hodgepodge of cuisines — blending Mexican, Dominican, Puerto Rican, Jamaican, soul, Halal and breakfast food all into one menu. Urban Milwaukee’s Angeline Terry reports:

The restaurant will also have frozen candy cocktails and mocktails that feature bright, neon colors and are sometimes topped with fruit and whipped cream and garnished with sour candy.

The owner, Daniel Aaron Casas, describes the business as a “family fun, quick service establishment that has cocktail beverages,” on the license application. Perez said the restaurant culture then shifts at 10 p.m., when it transitions to be more a “a club type of atmosphere” where patrons must be 25 or older.

The pair plans to have entertainment including karaoke, retro gaming, card games, glow-in-the-dark painting and board games…

Co-owners, Rob and Maria Brennan, said the new operation represents something unique in the brewing industry.

“We make rustic, old-world styles of beer that require patience and a lot of manual labor,” Rob Brennan said.

They bought the building in September 2018 with a plan to brew beer in the back and sell it in the front. The brewing started as expected, but the pandemic delayed plans for an indoor taproom… now set for spring 2022.

In the meantime, the brewery is offering bottle sales on beer release days. It’s also constructed a temporary patio in front of the building for on-site, draft consumption on release days.

The most recent release event took place July 23rd and 24th. The next is anticipated to take place in September…

Newly-released beers in July included There is a Plot, a gin barrel Saison and Dens, a farmhouse IPA that was collaboratively brewed with Penrose Brewing Co.

A new brewery that plans to take a science-based approach to brewing its beer will soon be coming to Riverwest. Amorphic Beer is a brewery owned by three engineers that hope to break free of traditional beer-making rules to create unique brews. Ron Hockersmith. one of the three partners, offered more detail in my story for Urban Milwaukee:

“The beer will be very data driven,” Hockersmith says. “We’ll take sensory data from our sales and our patrons… Instead of just taking an ingredient and throwing it in, we want to achieve a flavor, aroma or color.”

Hockersmith said he knows how he doesn’t want to approach brewing. He mentioned the German beer purity law, called the Reinheitsgebot, which states that “nothing other than barley, hops and water can be used” to brew beer. He also pointed to the standards of the Great American Beer Fest (GABF). For instance, at the GABF, beers are rated based on how well they fit into certain categories. If a lager tastes like a lager should taste, it’s considered a good brew. That sort of brewing doesn’t interest Hockersmith.

Hockersmith hinted that a Czech Pilsner that he has been working on is hoppy but not bitter, with a smooth and fruity flavor inspired by a trip he went on to the Czech Republic.