New brewery plans to open taproom in 2022, but is already offering bottles-to-go and a draft patio. 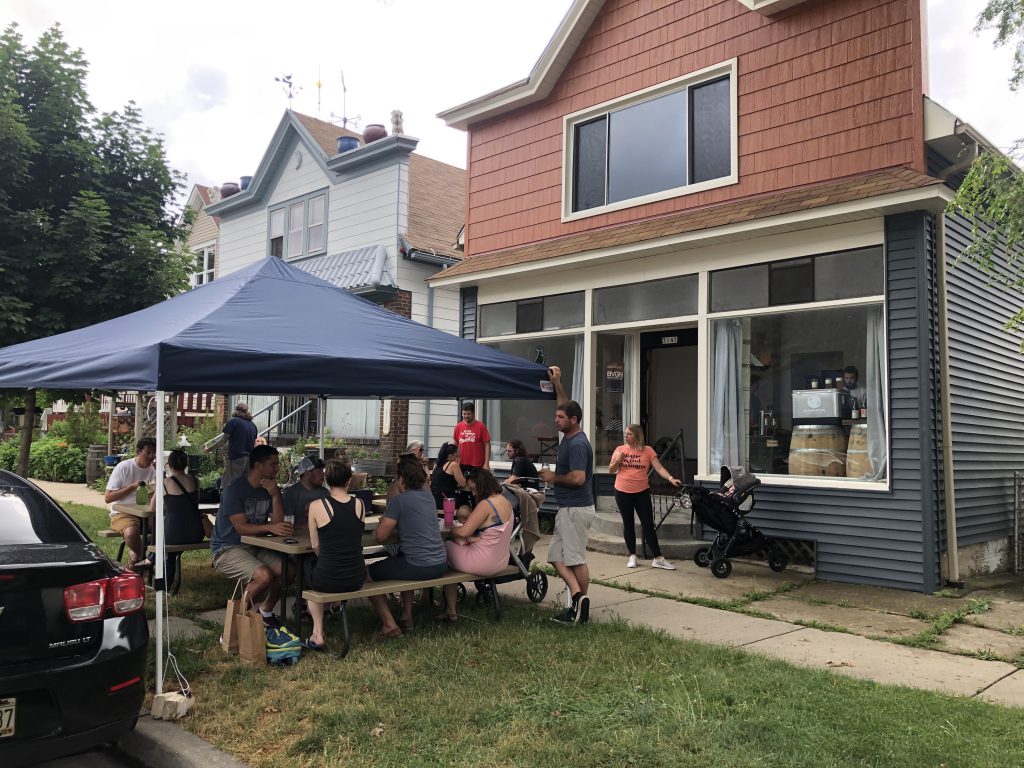 Supermoon Beer Company plans to open a taproom next spring at 3145 S. Howell Ave. in the Bay View neighborhood. But if you plan ahead, you can get your hands on the brewery’s large bottles already.

Co-owners, Rob and Maria Brennan, said the new building represents something unique in the brewing industry.

“We make rustic, old-world styles of beer that require patience and a lot of manual labor. So, we feel drawn to making sure our taproom reflects that,” Rob Brennan said.

He said it was an opportunity the couple could not pass on.

“After a bit of research, we discovered that the building was actually zoned to be a brewery, amongst other things. I had been home brewing beer for more than a decade and spent the previous couple of years before that working for Penrose Brewing Company in Geneva, IL, so we felt like the universe handed us a once in a lifetime opportunity to pursue opening our own small neighborhood brewery,” he said.

They bought the building in September 2018 with a plan to brew beer in the back and sell it in the front. The brewing started as expected, but the pandemic delayed plans for an indoor taproom.

Get a daily rundown of the top stories on Urban Milwaukee
“COVID really threw a wrench in our plans to build out our taproom– it didn’t feel right to commit to the buildout when we weren’t sure when we could actually have people inside,” he said.

But, nonetheless, the Bay View taproom is coming and is set for spring 2022.

In the meantime, the brewery is offering bottle sales on beer release days. It’s also constructed a temporary patio in front of the building for on-site, draft consumption on release days.

The most recent release event took place July 23rd and 24th. The next is anticipated to take place in September, as soon as the beer is ready.

Newly-released beers in July included There is a Plot, a gin barrel Saison and Dens, a farmhouse IPA that was collaboratively brewed with Penrose Brewing Co.

“We’ve been overwhelmed with both the positive response to our beer thus far, and the number of times folks have asked how soon they can expect the taproom. The momentum we’ve built motivated us to pick back up conversations with architects and builders to begin planning the buildout. We’ve got our initial plan from an architect and are in the process of receiving bids from contractors. We’re hoping we can begin demo and buildout this fall, with our opening hopefully in the spring,” he said.

You can learn about the next bottle release by signing up for Supermoon’s email list or following the brewery on social media. 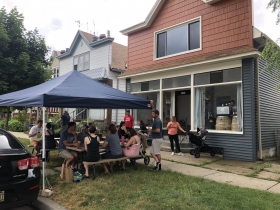 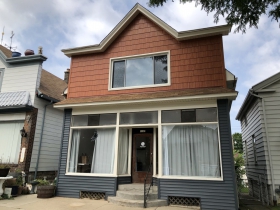