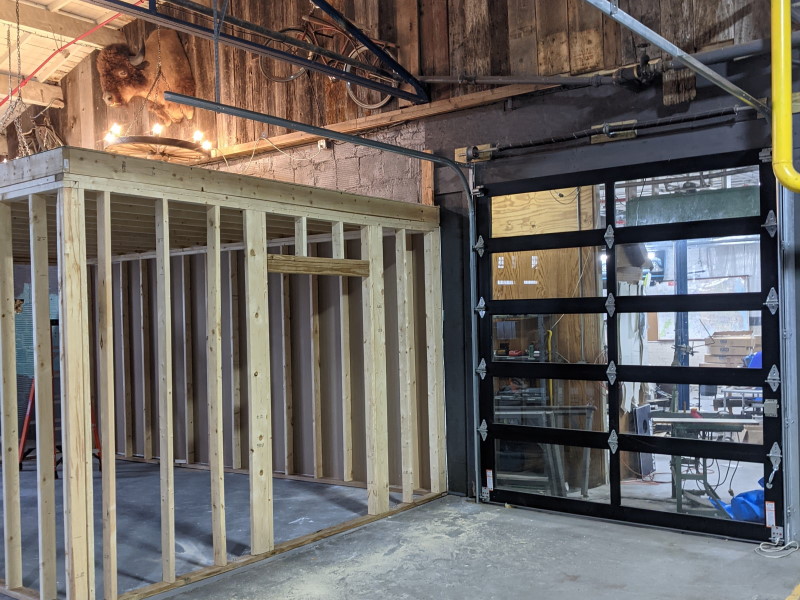 What do you try next when your career designing turbine engines for aircrafts and electric propulsion systems for submarines becomes a bore?

If you’re Ron Hockersmith, the logical next step is brewing beer.

Hockersmith left the corporate life behind and started helping out at Company Brewing, drawing upon his experience as a home brewer and an engineer. Now, after putting in some work at an actual brewery for a year, he’s gearing up to open a brewery of his own in the Riverwest neighborhood called Amorphic Beer. 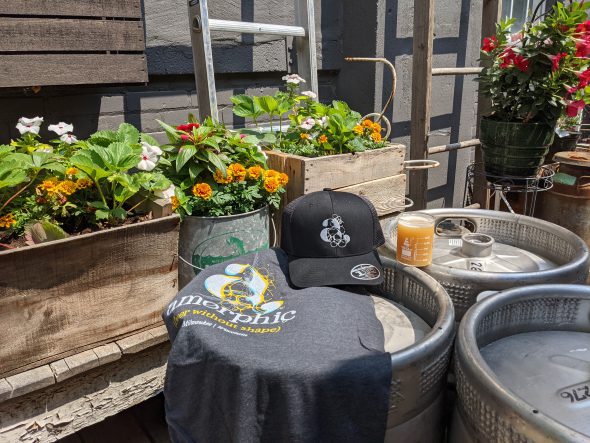 It’s a name that calls to mind white lab coats and test tubes, which isn’t too far off considering that the brewery aims to use data-driven experimentation to achieve certain brews. By definition, the word “amorphic” describes something that lacks an ordered form, and that idea will play into the beer that the brewery creates.

“Our working slogan is ‘beer without shape,’” Hockersmith said.

“We might use a lager yeast, and we might use certain hops that give it a fruity flavor,” Hockersmith says. “Someone could ask me what kind of beer it is, but I don’t know that I care — thus the amorphic. It it an IPA? I don’t know, but it’s between (an IPA and a lager.)”

Amorphic Beer is a partnership between Hockersmith and two of his old work colleagues — Alan Willhite and Joe Broeckert. All three have engineering backgrounds. What started as a small-talk, half-jokingly suggestion of “We should start a brewery” between co-workers blossomed into a full-fledged idea when Hockersmith and Willhite both left their jobs. In need of another mind and another wallet, they brought on Broeckert, who currently works at General Electric.

Hockersmith notes that brewing beer is a combination of art and science, but given the background of the three partners, there is a heavier emphasis on the science side.

“The beer will be very data driven,” Hockersmith says. “We’ll take sensory data from our sales and our patrons and think of ways to use big data. Instead of just taking an ingredient and throwing it in, we want to achieve a flavor, aroma or color.”

Hockersmith said he knows how he doesn’t want to approach brewing. He mentioned the German beer purity law, called the Reinheitsgebot, which states that “nothing other than barley, hops and water can be used” to brew beer. He also pointed to the standards of the Great American Beer Fest (GABF). For instance, at the GABF, beers are rated based on how well they fit into certain categories. If a lager tastes like a lager should taste, it’s considered a good brew. That sort of brewing doesn’t interest Hockersmith.

While there are no Amorphic beers currently announced, Hockersmith hinted that a Czech Pilsner that he has been working on is hoppy but not bitter, with a smooth and fruity flavor inspired by a trip he went on to the Czech Republic.

“We’re doing pilot brewing now — every week we make a beer and we evaluate it and decide what we learn from it and process the data,” Hockersmith says. “Then we can decide how we make it better.”

The trio gave themselves a deadline of three months to find a space in which they would open up shop — something that almost didn’t happen until the group was put into contact with Steve Mathison, who owned a building located at 3700 N. Fratney St. with high ceilings, floor drainage and glass garage doors that are popular with breweries these days.

Get a daily rundown of the top stories on Urban Milwaukee
But it wasn’t a seamless move-in — the previous tenants were running a wet suit manufacturing plant in the space, so there was work to be done — including building a bar and cold storage and restoring the original Cream City brick walls. The layers and layers of old, sticky paint required not just being blasted with baking soda, but with sand.

“Our tap room literally looked like a beach,” Hockersmith says.

Amorphic currently doesn’t have an opening date, but Hockersmith and his crew are hard at work finishing more renovations and experimenting with beer. Currently, they’re aiming for a fall opening. To stay up-to-date with the brewery’s opening, follow the Amorphic Beer Facebook page.