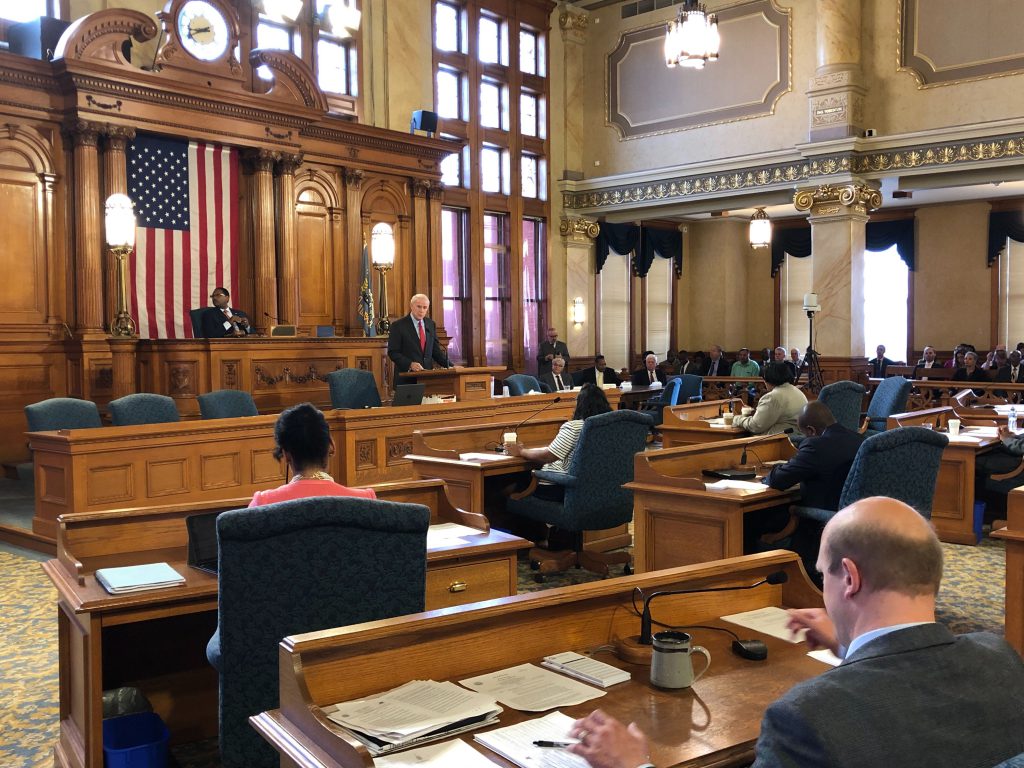 It’s the elephant inside City Hall: Milwaukee needs to find $77 million per year starting in 2023 to fully fund its pension system.

Mayor Tom Barrett and other city officials have talked about the looming crisis, triggered by declining pension fund returns and increasing costs, for a number of years now. In recent months, budget director Dennis Yaccarino discussed potential options to alleviate the issue in closed session meetings with council members and other city officials.

Now Barrett is moving forward on making those options public. Friday morning he announced the formation of the 13-member Mayor’s Task Force on Milwaukee’s Pension System.

The increase in pension costs, a 105% annual increase, creates a nearly impossible situation for city officials. The city cannot raise property taxes and could need to lay off thousands of employees.

The Milwaukee Police Department and Milwaukee Fire Department, to which 80% of the cost increases can be attributed, are already seeing cuts. But the rank-and-file members are protected by Act 10-exempt collective bargaining agreements that are regulated by state law. Barrett and Yaccarino have openly discussed that the city will need state support in fixing the situation.

“Over the past 10 years, my administration has worked to manage the growing costs of the City’s pension system through benefit adjustments, contribution smoothing and new revenue options. To date, nothing has sufficiently addressed the problem,” said Barrett in a statement. “The budgetary impact will soon climb to more than $140 million annually, and that demand is simply unsustainable.”

The final report from the task force is expected to include all feasible approaches. Barrett has requested the report by mid-August.

Get a daily rundown of the top stories on Urban Milwaukee
Since 2004, when Barrett took office, the city has gone from contributing nothing for years to an overperforming pension fund to forking over more than half of its property tax revenue. At the same time, the city has seen an effective cap on property taxes instituted by the state and an inflation-adjusted reduction in state shared revenue of more than $100 million annually.

For more information on the pension issue, including viewpoints from at least three of the task force members, see our coverage from April.