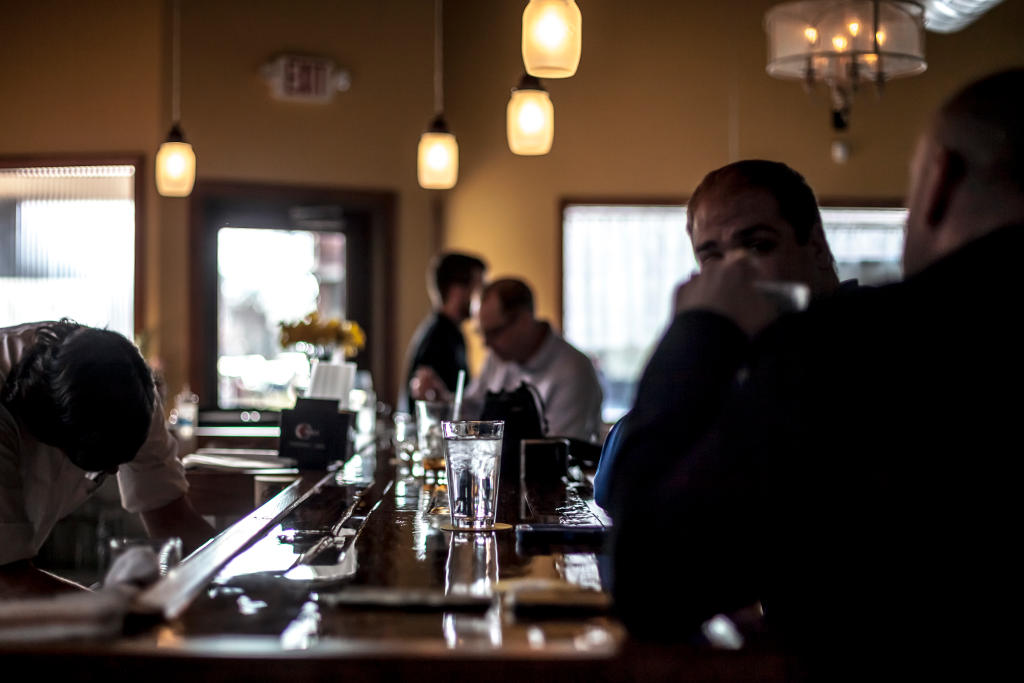 Lazy Susan, a casual fine-dining restaurant located at 2378 S. Howell Ave. in Bay View, reopened for indoor dining earlier this week. While the reopening had its share of hiccups in the form of a new POS system and reservation system, the restaurant has received a huge wave of support.

The restaurant also has an impressive wine list at its disposal, as well as a cocktail and mocktail menu. Lazy Susan is open for walk-ins and reservations can be made through this link. The restaurant is open Wednesday through Saturday from 4 p.m. to 8 p.m.

Culver’s has added two new custard flavors to its Flavor of the Day option for the first time since 2019, bringing back an old favorite. According to a press release, the two new flavors are Salted Caramel Pecan Pie and Strawberry Chocolate Parfait. Caramel Pecan was the original Culver’s Flavor of the Day when the concept first started in 1984. That flavor features a blend of vanilla frozen custard with ribbons of salted caramel, toasted pecans and savory-sweet butter cake pieces. Strawberry Chocolate Parfait blends vanilla frozen custard with strawberries and chocolate cake chunks. The Salted Caramel custard is available now, and the Strawberry Chocolate Parfait will be available starting July 10.

A build-your-own-mac-and-cheese style restaurant that has been teasing Milwaukeeans about its opening since 2019 will soon open its doors to the public. As Urban Milwaukee reported:

Mac Shack is a build-your-own-pasta restaurant — think Chipotle, but with mac-and-cheese. Bowls will begin around $8, starting with the basics: cheese, noodles and vegetables. But that price will increase depending on the toppings chosen. Protein options like gourmet chicken on a skewer or deep-fried meatballs can be added for an extra $1.50, and toppings such as Flaming Hot Cheeto crumbs can be added to spice up your bowl. Mustafa predicts that the average bowl will cost between $11 and $12, as long as customers don’t go overboard with the toppings.

…Similar to a beer flight, the mac flight will give customers the chance to explore the menu with three smaller four-ounce portions of mac-and-cheeses.

Mac Shack will have vegan cheese and cauliflower noodles on deck, and will not serve pork — meaning the restaurant will be Kosher, ensuring that all of the dietary bases are covered.

Donut Monster, expanding from its Whitefish Bay location (5169 N. Elkhart Ave.), offers a variety of specialty donuts that includes PB&J and maple bacon flavors. The Historic Third Ward location will also operate as a coffee shop and sell breakfast sandwiches, according to the license application.

The shop was started by Jackie and Sara Woods… The doughnut shop and café will be open Monday through Sunday from 7 a.m. to 3 p.m. in the kiosk on the first floor of the five-story Landmark Building. Brute Pizza will operate in the same space for lunch and dinner. The Woods hope to open sometime this summer.

A new outdoor beer garden will be opening soon in the East Town neighborhood, sharing a portion of the surface parking lot at 1301 N. Edison St. just blocks away from the Fiserv Forum. Terry reports:

“With the events we throw and the beer we pour we think that we’ll get a following, being on the river,” said (Owner Nick) Marking in an interview.

The beers, including 36 drafts of craft brews alongside a variety of wines and hard seltzers, are selected by Marking. He used his expertise in the craft beer industry as the former owner of The Brass Tap in Greenfield and current owner of two other The Tap Yard locations in Waukesha and Glendale (Bayshore mall).

Marking hopes to open The Tap Yard sometime next week and run until October 1, pending final approval from the city.