The two restaurants will share a kitchen in the Landmark Building. 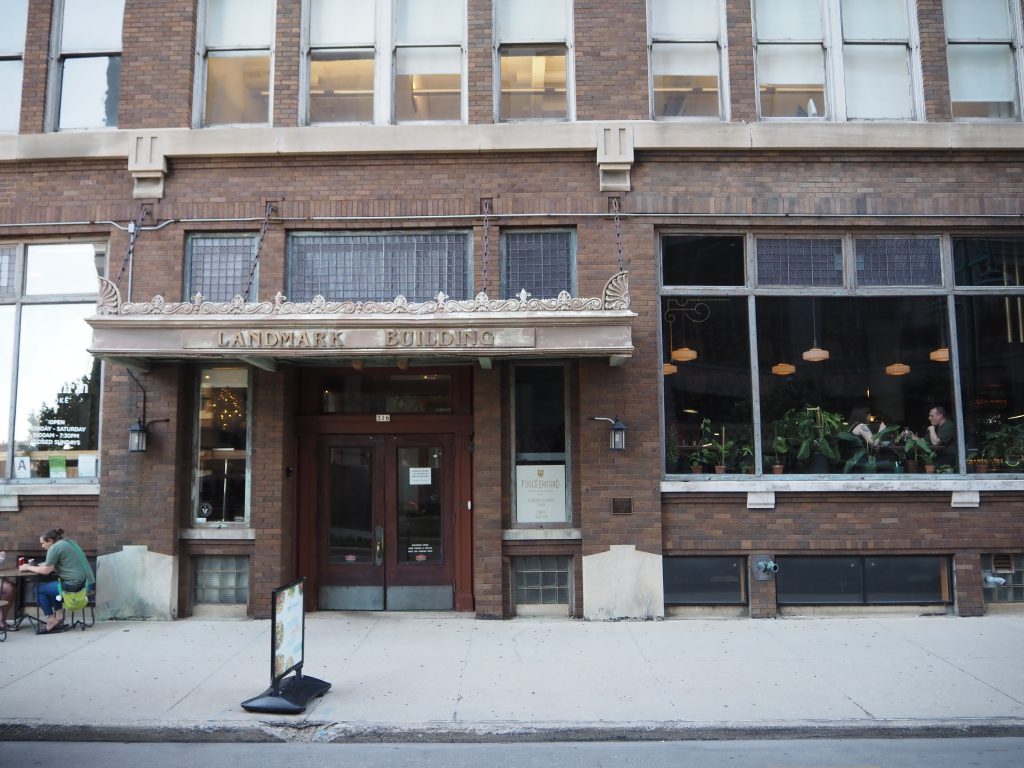 Donut Monster and Brute Pizza are set to team up in a space at 316 N. Milwaukee St. previously occupied by Holey Moley Coffee + Doughnuts.

The two restaurants will operate out of the same space and share a kitchen, according to a license application filed by the city.

Donut Monster, expanding from its Whitefish Bay location (5169 N. Elkhart Ave.), offers a variety of specialty donuts that includes PB&J and maple bacon flavors. The Historic Third Ward location will also operate as a coffee shop and sell breakfast sandwiches, according to the license application.

The shop was started by Jackie and Sara Woods with a goal of providing donuts with quality ingredients free of artificial colors and flavors, according to the Donut Monster website.

Jackie is also a chef and partner at Brute Pizza alongside Paris Dreibelbis. The menu at Brute Pizza includes a selection of sourdough pizzas. It was originally a pop-up restaurant and the Third Ward location will be its first brick-and-mortar site.

The doughnut shop and café will be open Monday through Sunday from 7 a.m. to 3 p.m. in the kiosk on the first floor of the five-story Landmark Building. Brute Pizza will operate in the same space for lunch and dinner. The Woods hope to open sometime this summer.

Holey Moley Coffee + Doughnuts opened in the space in 2014 as Milwaukee’s “only craft doughnut shop,” a market that has now become crowded with competitors. It closed its doors in February to focus on its full-service restaurants and some expansion projects, according to a statement on its website.

The restaurants will join Fool’s Errand and FreshFin Poke alongside a series of office tenants.