Build your own mac-and-cheese bowl. Or try a Mac flight: three small bowls with different preparations. 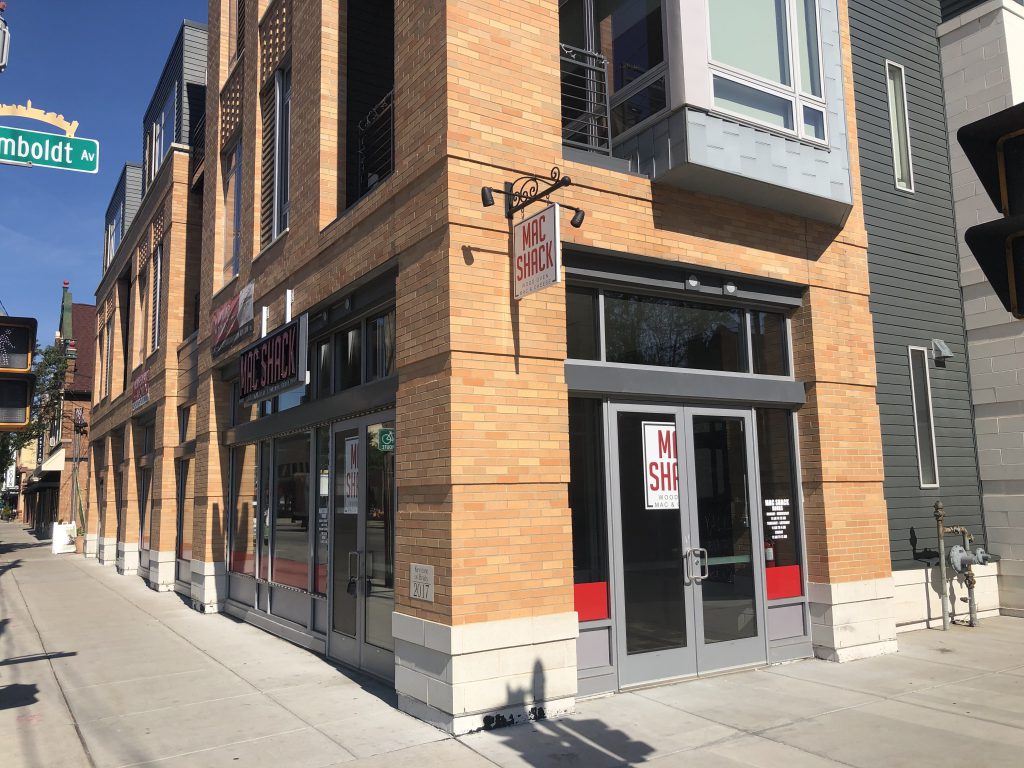 Ever since he was 18 years old, Ashraf Mustafa has wanted to own a business on Brady Street.

“I love the festivities — the street has so much culture,” Mustafa says. “It has its own vibe.”

Fast-forward ten years, and Mustafa’s dream is close to becoming a reality. His restaurant, Mac Shack, will be opening — if all goes well — within the next couple of months at 1701 N. Humboldt Ave., across the street from Art Smart’s Dart Mart & Juggling Emporium.

Mac Shack is a build-your-own-pasta restaurant — think Chipotle, but with mac-and-cheese. Bowls will begin around $8, starting with the basics: cheese, noodles and vegetables. But that price will increase depending on the toppings chosen. Protein options like gourmet chicken on a skewer or deep-fried meatballs can be added for an extra $1.50, and toppings such as Flaming Hot Cheeto crumbs can be added to spice up your bowl. Mustafa predicts that the average bowl will cost between $11 and $12, as long as customers don’t go overboard with the toppings.

General Manager Marissa Maldonado Perez, who Mustafa connected with via social media, is the mastermind behind the mac.

“I have always had an interest in food — I was always watching the Food Network and would be inspired to create dishes on impulse,” Perez said in an email. “I’m excited to be able to bring my love for food to life and have people enjoy an American favorite.”

Get a daily rundown of the top stories on Urban Milwaukee
With so many options and the creative freedom to make your own meal, decisions are likely to be tough. That’s where the restaurant’s mac-and-cheese flights come in. Similar to a beer flight, the mac flight will give customers the chance to explore the menu with three smaller four-ounce portions of mac-and-cheeses.

Mac Shack will have vegan cheese and cauliflower noodles on deck, and will not serve pork — meaning the restaurant will be Kosher, ensuring that all of the dietary bases are covered.

“We try to go from the range of the vegan to the guy that just wants to come and stuff his face,” Mustafa says.

But even in the event that those bases aren’t covered, a chalkboard will be set up where customers can write their own mac-and-cheese suggestions, and Mustafa and his team will do their best to accommodate the best ideas.

Aside from mac-and-cheese, Mac Shack will also serve grilled cheeses, chili cheese fries and flat bread sandwiches. Mustafa hopes to eventually roll out poutine as well. No alcohol will be served at the restaurant.

It’s been a long time coming for Mac Shack — stories in 2019 mentioned that the restaurant would open later that year. Delays in the form of the obvious pandemic, a shortage of employees and a legal dispute that Mustafa prefers to not comment on have all contributed to a lengthy opening process. But Mustafa, who has big dreams for Mac Shack eventually becoming a franchised business, promises that the mac is well worth the wait.

“I just want to say thank you everyone for being patient,” he says.