After 22 police calls, $26,500 in COVID-19 fines and many neighbor complaints, council votes to shut down bar. 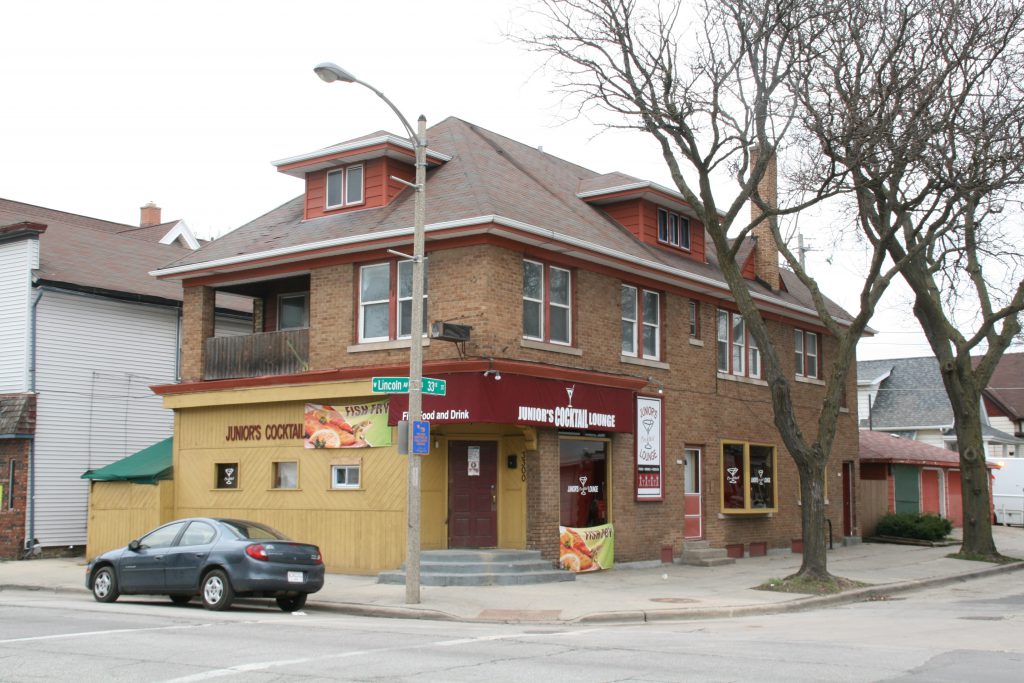 Edward Calloway Jr. opened the bar in January 2020. By April 2021, the Common Council denied the renewal of his liquor license, closing the bar.

The business ran into problems with the neighbors, the Milwaukee Police Department, Milwaukee Health Department and area Alderwoman JoCasta Zamarripa.

“This was one of the first businesses that came on my radar because of the complaints, unfortunately,” said Zamarripa on March 9th.

According to a police report, the problems started with a violation of Governor Tony Evers‘ Safer at Home order on April 18th, 2020. Police were called to check on the business and saw patrons drinking inside. Items were put away after the officers knocked.

“[Calloway] said he wasn’t aware of the Safer at Home order,” said Sergeant Chad Raden, reading from a police report.

Zamarripa, first elected in April, said she wrote a letter to the business, then visited in October. “I wanted to do my due diligence and help the business,” she said.

But neighbors continued to complain. MPD reports 22 calls for service across the past year. A postcard survey revealed 22 neighbors opposed to the renewal, seven in favor.

Zamarripa said she parked outside the business one night in an attempt to validate neighbor complaints about noise, litter and illegal parking. She said she observed “a total lack of regard for neighbors who are coming home from work.”

Get a daily rundown of the top stories on Urban Milwaukee
Calloway said his security team would announce license plates in the bar, but people wouldn’t respond. He said on the weekends the bar employed three security guards and cleaned up the area.

The alderwoman said she remembered the prior establishment, Don’s Pub, being well run.

The health department issued a warning to the business on September 25th for violating the city’s COVID-19 health order.

On February 13th the health department, with MPD, performed an inspection. Three citations were issued for approximately $5,500 in total for violations related to capacity, mask wearing and social distancing.

The health department returned on February 20th and found similar violations, including the requirement that patrons remain seated at the time. Three citations for approximately $10,500 total were issued.

Carly Hegarty, director of consumer environmental health for MHD, said Calloway was cooperative, but a security guard was not. “He stood in my personal space in an aggressive manner,” said Hegarty to the Licenses Committee on March 9th. She said the guard told her the business was being racially targeted and harassed.

The committee recommended a 60-day suspension, while acknowledging the many bars were under stress from the pandemic.

“I am worried that the way this bar is being mentioned is an intense risk to our public health,” said Alderman Nik Kovac.

“I know we are doing better, but there is always room for improvement,” said Calloway, admitting that many of the complaints were true.

But by the weekend things escalated.

The morning of March 12th, Calloway called the police because an individual confronted a disc jockey that wouldn’t play a song request, then left the bar. Shortly thereafter a bottle was thrown at a window, followed by a gunshot that shattered it.

A camera system was functioning, but the exterior camera was not according to a police report.

The health department also visited again that day, issuing $10,500 in citations for violating capacity, seating and mask requirements. By then the bar had received more fines, in both the number and total cost of the fines, than any business in Milwaukee.

The next night, March 13th, police received two calls from neighbors that a suspect was outside the bar “pointing a gun in a threatening manner” and people were running from the bar. Shots were reported being fired. A security guard told police that an individual removed from the bar was suspected of having a weapon, but the individual waving the gun was a security guard. Video footage confirmed this.

After that incident, officers cited the bar for having a disc jockey but not the required public entertainment premises license. That followed an August 27th citation for allowing hookah smoking without a tobacco license.

Given the two new incidents, Zamarripa took the uncommon step of calling for a second hearing. She also revealed she was one of the 911 callers. “I am utterly dismayed and disappointed and concerned about the public health of our constituents,” she said at the meeting on March 23rd.

A police department representative said a security guard on the video was heard saying “just shoot him and this will be over with.”

“I have no confidence that this applicant is managing this bar well or intends to manage it well in the future.  He continues to just disregard the direction we have given him,” said Zamarripa.

“I don’t think in 13 years I’ve seen us a deal with a problem at an establishment and literally within 48 hours of us dealing with them they have major police incidences on their report that in least are part of them not obeying the things we discussed 48 hours before,” said committee chair Ald. Milele A. Coggs.

“Things happen at establishments,” said Coggs. “But how you choose to respond to them is critically important.”

“If there is ever a time that revocation needs to take place, this is it,” said Ald. Mark Borkowski.

Before the full council on April 13th, Attorney Michael Maistelman asked for that to be reduced to a 90-day suspension.

“We are not denying any of the allegations in the police report or that the local alderwoman has put forth,” said the attorney. “We have put together a plan to address those issues.”

He said the bar would close at midnight, hire bonded, licensed security guards, raise its minimum age to 30 and hold monthly neighborhood meetings.

“Shutting them down is a pretty drastic conclusion,” said Maistelman.

That failed to persuade the council. The council unanimously voted to deny the license renewal.