City Must Apologize to Sterling Brown

Council approves settlement, which includes apology and changes in how police are trained. 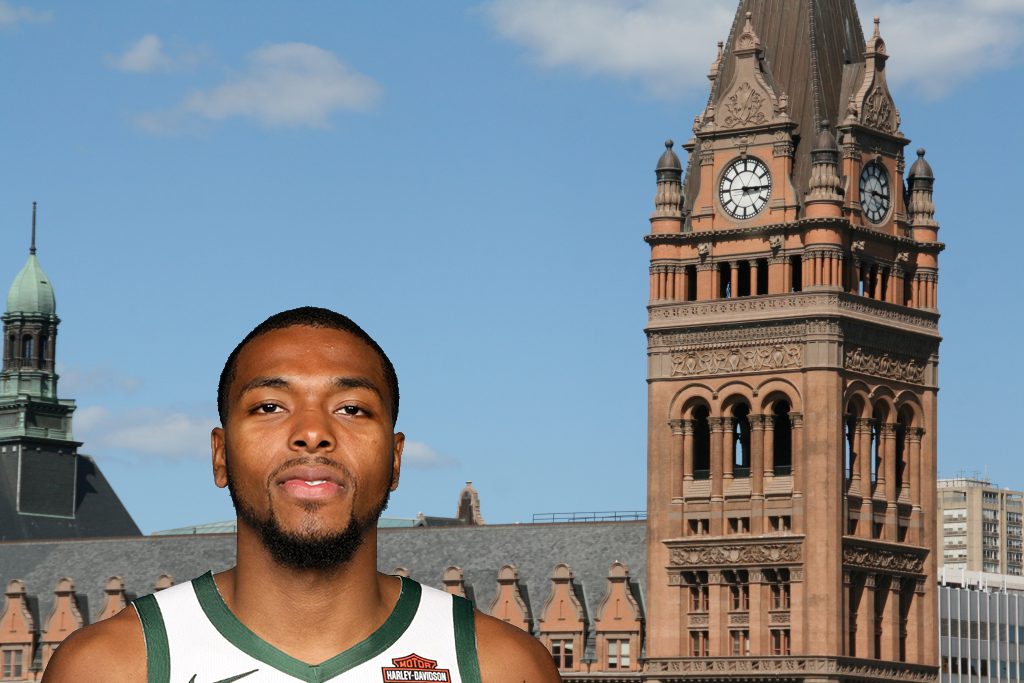 It’s taken three years, but the City of Milwaukee, Milwaukee Police Department and former Milwaukee Bucks guard Sterling Brown have an approved settlement regarding a 2018 incident.

As part of the agreement, the City of Milwaukee and Milwaukee Police Department will issue a statement formally apologizing for the incident and admit the incident “escalated in an unnecessary manner and despite Mr. Brown’s calm behavior.”

Brown, an African American, was observed having parked across handicapped spaces outside of a Walgreens at S. 27th St. and W. National Ave. at 2 a.m. in January 2018.

A responding officer called for backup within moments of arriving on the scene, which escalated to Brown, then 23, being tased and thrown to the ground. Another officer chanted “money, money” in reference to overtime while eight officers were on the scene.

The more complicated part of the settlement requires the city to update MPD standard operating procedures, including how it trains officers.

In total, seven of the MPD standard operating procedures must be changed by the Fire & Police Commission. The multi-page documents govern officer behavior with regard to the use of force, arrest authority, training, body cameras, personnel investigations, field interviews and general police practices.

As part of the deal, the city and MPD agree to reassign the officer that initiated the incident away from patrol duty, revise police standard operating procedures to be explicitly anti-racist, commit to regular anti-racist and anti-discriminatory training, use body camera footage from the incident to train officers on how to avoid unnecessary escalation and establish a discipline matrix for officer behavior.

But the settlement is different than what was introduced to the council in November 2020 by City Attorney Tearman Spencer.

Get a daily rundown of the top stories on Urban Milwaukee
Gone is an admission that police officers violated Brown’s constitutional rights.

No one from the city has publicly said why. The Common Council’s Judiciary & Legislation Committee met three times in closed session to discuss the agreement, but there has been effectively no public debate on the agreement.

“Getting to this point was not an easy one and it clearly has not been an easy process for this council,” said committee chair Alderman Ashanti Hamilton last week after coming out of closed session. “I know this case is not just about Sterling Brown and the incident that night.”

After the agreement was introduced in November, Dale Bormann, Jr., head of the Milwaukee Police Association, and Carmelo Patti, head of the Milwaukee Police Supervisors’ Association, said in a joint letter that Spencer was in “dereliction of duty” because he didn’t keep their members apprised of the settlement talks. The police officers’ union is now pursuing an ethics complaint against Spencer with the state Office of Lawyer Regulation.

During Tuesday’s Common Council meeting, Ald. Mark Borkowski abstained from voting on the agreement while the rest of the council unanimously endorsed the deal. No one publicly discussed their vote.

Now a guard with the Houston Rockets, Brown sued the city in federal court over the matter. Brown was represented by Attorney Mark Thomsen.

Brown will be paid $750,000 for damages and attorney fees as part of the agreement, but Thomsen and Brown have repeatedly insisted that change, not cash, was what they were pursuing.

The city offered a $400,000 settlement in 2019, but it was viewed as unlikely to be accepted and publicly declared as part of a legal strategy to protect the city against claims for attorney’s fees should the case go to court.

The city has paid more than $20 million on police misconduct lawsuits since 2015. That total grows by several million when borrowing costs are included.

Last month Brown suffered facial lacerations requiring “multiple heavy stitching jobs” when he was assaulted after getting in the wrong van upon leaving a nightclub in Miami.