Her fear mongering ads in Court of Appeals race mislead voters about jurisprudence and the Constitution. 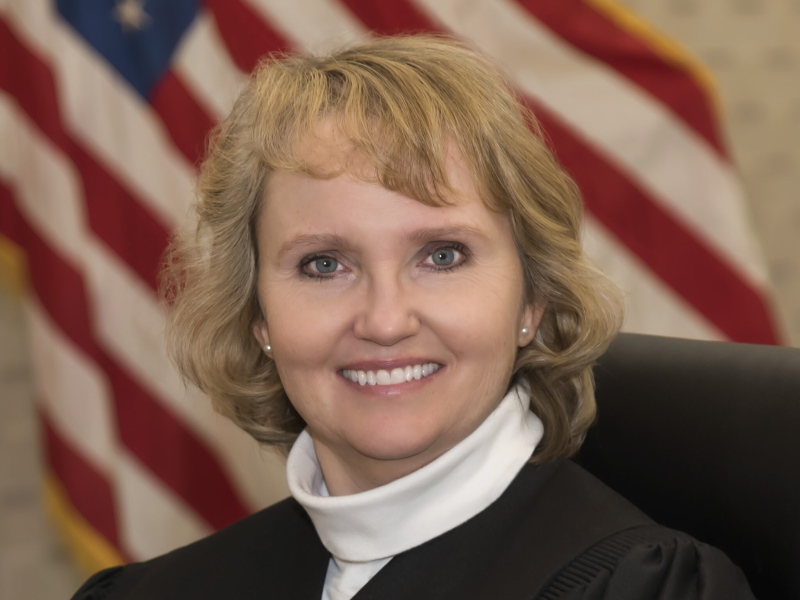 In 2019, Jeffrey Davis was appointed to the Wisconsin Court of Appeals, District II seat. Davis is running for election against City of Muskego Municipal Judge Shelley Grogan. Grogan is also a judicial assistant to Wisconsin Supreme Court Justice Rebecca Bradley. 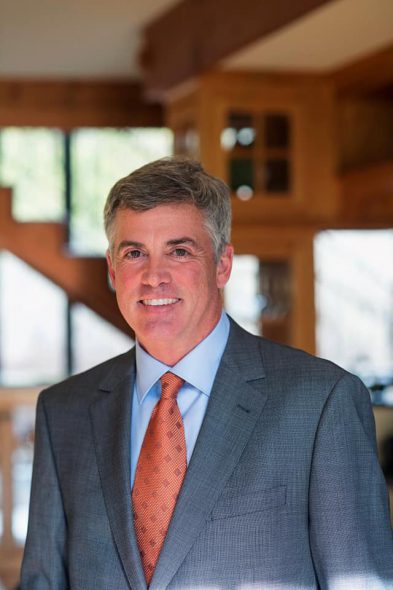 Grogan applied for the same appointment by Governor Evers but was not selected. Grogan is currently attempting to portray herself as the conservative in what is supposed to be a non-partisan race. However, according to an article in the Milwaukee Journal Sentinel by Daniel Bice, when Grogan applied for the appointment by Governor Evers, she listed the late Supreme Court Justice Shirley Abrahamson and the late U.S. Supreme Court Justice Ruth Bader Ginsburg as justices she admired.

In one attack ad against Judge Davis, which was paid for by “Friends of Judge Shelley Grogan”, the narrator says the following, in part:

“Jeff Davis just can’t be trusted to keep our communities safe. In fact, Jeff Davis spent years defending a convicted cop killer, who murdered a correctional officer in cold blood. The killer was sentenced to death row, and Jeff Davis tried to get him off the hook.”

Unfortunately, this ad is exactly the type of fear mongering, smear campaign ad that should be rejected in judicial races. The ad reflects poorly on the campaign responsible for putting out the ad, especially because every person – no matter how egregious the alleged crime – is Constitutionally entitled to a lawyer. This notion is a fundamental right enshrined in the Sixth Amendment to the United States Constitution. It is a Constitutional right that is important to uphold in every case but is particularly important when a person is facing the most serious punishment possible – the death penalty.

Before getting further into the principles involved in the matter, it is important to provide background and context.

When Davis was a private lawyer, he worked for a large law firm and, starting in 1992 and going on for years thereafter, Davis represented a man named William Van Poyck in a post-conviction (appeal) in a murder case. Van Poyck had been convicted for a 1987 incident where Van Poyck and a man named Frank Valdes reportedly attacked a prison guard named Fred Griffis during a prisoner transport. Griffis was shot and killed. Van Poyck and Valdes each accused the other of being the person who killed Griffis. However, Van Poyck and Valdes were both convicted and sentenced to death.

Davis was a civil litigator at the time with the law firm of Quarles & Brady and the American Bar Association reportedly asked Davis (then a young lawyer) to take on the post-conviction matter as part of a pro bono program established to get lawyers to take complex cases. Davis’ goal was to attempt to avoid the death penalty in hopes of a life in prison sentence (not to overturn the conviction) as Van Poyck could still be liable for his role in the incident, even if Van Poyck did not actually pull the trigger on the gun that killed Griffis.

Van Poyck’s lawyer, Davis asked the then-Florida Governor to stop Van Poyck’s execution by pointing out that the circumstances of the case against Van Poyck were disputed and, according to Davis, the evidence showed Van Poyck “was not the killer, and in fact did not intend anyone to die.” In a letter, Davis noted that the “widow of [Frank] Valdes provided a sworn statement that Valdes confessed to her that he was the one who killed the guard, and that Van Poyck’s only desire was to free his friend from prison.” Davis wrote that Valdes’ widow provided her sworn statement after hearing about Van Poyck’s impending execution “because she felt she could not sit back and see this happen.” Davis also wrote, “juror affidavits have since indicated that their verdict would have been different had they known the truth.”

In his letter to the then-Florida Governor, Davis also pointed out some of the tragic life circumstances that Van Poyck experienced growing up. Van Poyck’s mother died of carbon monoxide poisoning when Van Poyck was two years old and Van Poyck thereafter grew up without his father, who “withdrew” following his wife’s “freakish accident.” Van Poyck was thereafter raised by people who were “neglectful to abusive” to him, causing serious emotional issues.

While Van Poyck had been convicted, Davis pointed out that Van Poyck had been rehabilitated and had helped other prisoners and “become something of an icon in prison.” Van Poyck, Davis wrote, had short stories published in various literary journals, received writing awards, and published two novels.

Despite Davis’ efforts, the then-Florida Governor declined to grant clemency, and Van Poyck was executed by a lethal dose of drugs that stopped his heart and killed him. The last words Van Poyck uttered were, “Set me free.”

It is important to have good lawyers, such as Davis, represent people in criminal cases – even persons accused or convicted of the most serious crimes. Our Constitutional system would be broken without having lawyers willing to take on that extraordinarily important role. While Davis’ attempt at clemency was ultimately unsuccessful in the case, our system depends on the willingness of good lawyers to provide zealous representation to everyone accused of a crime, even if the person is ultimately found guilty. Moreover, we demand that same kind of zeal on appeal because it is indisputable that there have been many people in the United States who have been exonerated after being sentenced to die.

No matter how good our system is in many areas, we must always strive to form a more perfect union and for a better system of justice. The Innocence Project estimates that between 2.3 and 5 percent of all prisoners in the United States are innocent. In other words, up to approximately 120,000 people are estimated to be sitting behind bars for crimes they did not commit. Further, almost half of all persons exonerated by DNA evidence were convicted, based in part, on flawed forensic science.

It is not only our Constitution that clearly enshrines the idea that every person, no matter how serious the crime, is entitled to a lawyer. Some of our nation’s most revered people strongly supported the idea as well.

John Adams, our nation’s second president and a man who helped write the Declaration of Independence, believed in the principle strongly. Adams believed in it so much that after the Boston Massacre, where British soldiers were accused of murdering Bostonians, Adams was one of the criminal defense lawyers who represented the British soldiers in an incredibly unpopular case. Adams wrote that his vigorous defense of the British solders was “one of the best Pieces of Service I ever rendered my Country.”

Abraham Lincoln was also a criminal defense lawyer before he became one of our most revered presidents. Lincoln did not just represent people accused of petty crimes. Rather, Lincoln was known as a zealous advocate for his clients and even represented people charged with murder.

In a Candidate Profile appearing on Patch.com, Grogan wrote, in relevant part, “Judges are servants of the people and their most important role is to support the Constitution and the rule of law.”

Grogan’s statement is certainly true – it is obviously crucial that judges support and defend the Constitution. But Grogan’s ad seems clearly intended to leave the listener with the bizarre idea that somehow a lawyer upholding and supporting the Sixth Amendment to the United States Constitution by defending a person in a serious criminal case means the person “can’t be trusted to keep our communities safe.” Not only is that notion absurd and contrary to the Constitutional role that lawyers have in our system, but Davis indicated his goal was to avoid the death penalty in Van Poyck’s case in favor of a life in prison sentence – and it is strange to argue that life in prison for a person somehow means that “our communities” are less safe.

Beyond the Grogan campaign’s unfortunate ad, it is also important to point out that Davis has earned the support of justices and judges with varied views and backgrounds across the judicial spectrum. For example, while Davis was appointed to the Wisconsin Court of Appeals in 2019 by Governor Evers, Davis is also endorsed by current and former Wisconsin Supreme Court justices who are generally known as conservative justices – such as Chief Justice Patience Roggensack, Justice Annette Ziegler and former Justice David Prosser. Davis’ support among Circuit Court judges similarly is wide and varied.

If there is one thing that should be off limits during what are supposed to be non-partisan judicial campaigns, it is attacking candidates for fulfilling and upholding some of our most important Constitutional rights – including the Constitutional right enshrined in the Sixth Amendment that guarantees every person in this nation, no matter how serious the crime, the right to a lawyer. The Grogan campaign’s attack ad on Judge Davis for doing exactly that when he was a lawyer is extremely unfortunate and should be dismissed by any fair-minded person who is committed to supporting and defending our Constitution.