Study Could Lead to Racial Preferences in Contracts

Council has sought change for more than a decade. Study will be released soon. 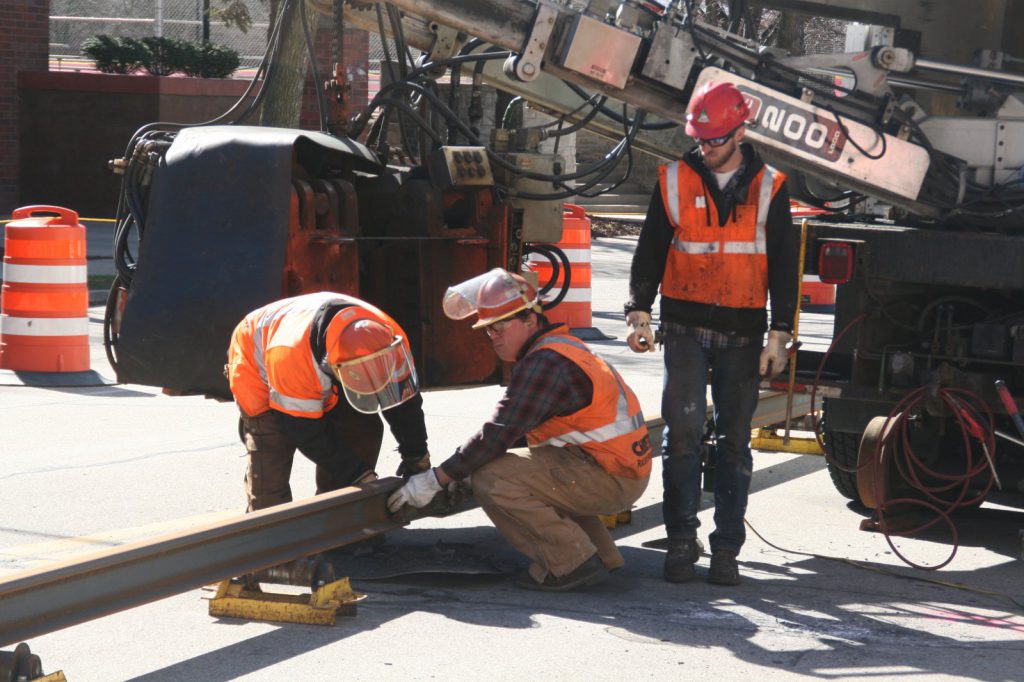 A crew from Kiewet works to weld streetcar rails together in 2017. Photo by Jeramey Jannene.

The City of Milwaukee awards millions of dollars in contracts annually, but none are explicitly targeted to address the racial disparities that plague the city.

City contracting requirements are currently race neutral, but a new disparity study is underway that could soon change that.

Pending the outcome, it could allow the city to implement specific targeting for racial or other minority contracting requirements.

The Common Council has sought to implement such a practice for more than a decade.

However, that wasn’t the end of the matter

For five years, the council, led by Alderman Russell W. Stamper, II, has been lining up funding to try again.

In 2018 the council created an independent review committee consisting of community stakeholders to oversee the study. “The goal here is to get it right this time,” said Stamper. “The only way we are going to improve and do the best we can as city as a city is together.”

In 2020, the Department of Administration (DOA) awarded a contract to Griffin & Strong, P.C., to lead the latest attempt at the study. Eight firms submitted bids on the work.

The city has also created a new office, the Office of Equity and Inclusion, within DOA to improve practices beyond just contracting. Long-time director of the office of small business development Nikki Purvis was chosen to lead the office as the city’s chief equity officer.

The resulting study could have ripple effects beyond the money the city spends directly. The council could also amend its requirements for organizations receiving more than $1 million in city funds.

Projects such as Fiserv Forum and Northwestern Mutual Tower and Commons have had to comply with the existing requirements for 40% of the work hours to be performed by unemployed or underemployed city residents and 25% of the contracting, based on value, to be completed by city-certified Small Business Enterprises. But neither of those requirements have an explicit racial target.

The Griffin & Strong study will be publicly available once completed.

3 thoughts on “City Hall: Study Could Lead to Racial Preferences in Contracts”