24 kinds of hot dogs and sausages, all with vegan alternatives. Plus Zoomie Fries. 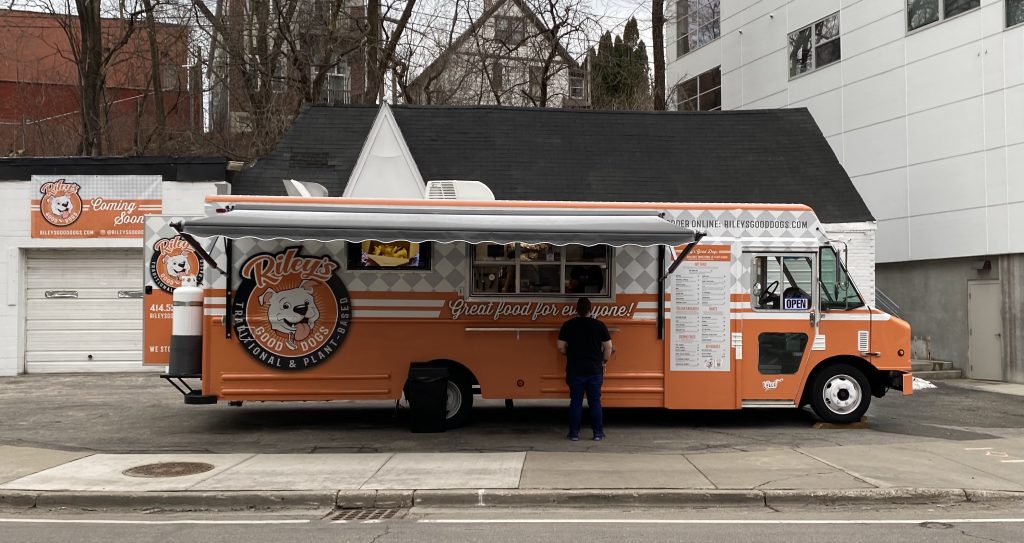 The stand is actually a food truck, parked at 1652 N. Water St. in the parking lot of the former Moto-Scoot shop.

The owner, Hank Stiehl, used to work at Moto-Scoot and is a friend of the owner Bill Weslow. The pair had long discussed opening a restaurant at the location. They thought something like fast-casual dining would do well there, Stiehl told Urban Milwaukee.

They thought about doing a “burger and fry kind of place” Stiehl said, but they ended up going with hot dogs. Not just any old hot dogs, though.

Riley’s sells a wide variety of original hot dog styles, all made with 100 percent beef. Stiehl told Urban Milwaukee they are the highest quality all-beef dogs they could find. They source their Italian sausages and bratwurst from Pritzlaff Meats in New Berlin.

And if you don’t eat meat, there is vegan alternative to every item on the menu. They use Beyond Sausages for their brats and Italians and Field Roast Frankfurters for the vegan hot dogs.

The truck sells 24 unique hot dogs and sausages, with names like the Kogi, Carolina Classic and Luigi Supreme. The Kogi dog is one of Stiehl’s personal favorites, though naturally he likes everything on the menu. It’s a hot dog with hand made slaw, garlic teriyaki, sriracha and sesame seeds. Upon investigation, Urban Milwaukee found the Kogi was delicious.

Riley’s also sells thick-cut potato twists called Zoomie Fries, which can be ordered with a liberal powdering of maple mesquite seasoning, or with cheese and bacon. Once again, if you don’t eat meat or dairy, there is a plant based alternative for toppings to Zoome Fries.

Get a daily rundown of the top stories on Urban Milwaukee
Stiehl said he doesn’t want customers to feel relegated to a small corner of the menu because of their dietary preferences. He said it’s important that when he says Riley’s has “food for everyone” he really means it.

At first, Riley’s was going to open up in the former Moto-Scoot as a restaurant. But then the pandemic hit, and dining preferences changed, so he and Weslow pivoted and opened the food truck.

Long term, the plan is still to move into the Moto-Scoot building. But the food truck has been “a really handy way for us to prove the concept,” Stiehl said.

They were open for their first day of service on February 23rd, and have been doing well so far. “It’s been almost record sales every day,” Stiehl said. “We’re feeling really good.” 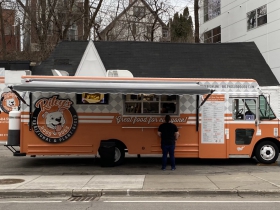 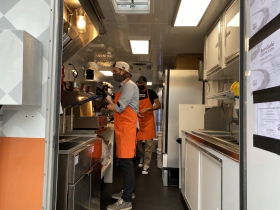 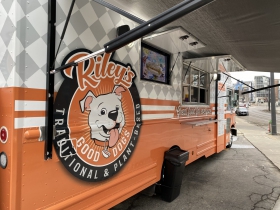 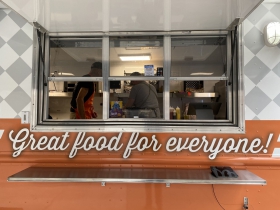 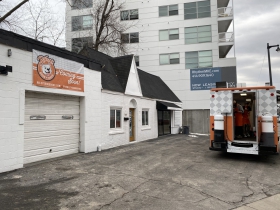 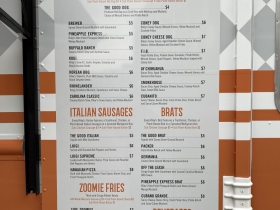 One thought on “Riley’s Good Dogs Opens on Water Street”