Magoo’s On The Mound Opening

Replacing the venerable Steve's on Bluemound, the new bar will bring the inside out and the outside in. 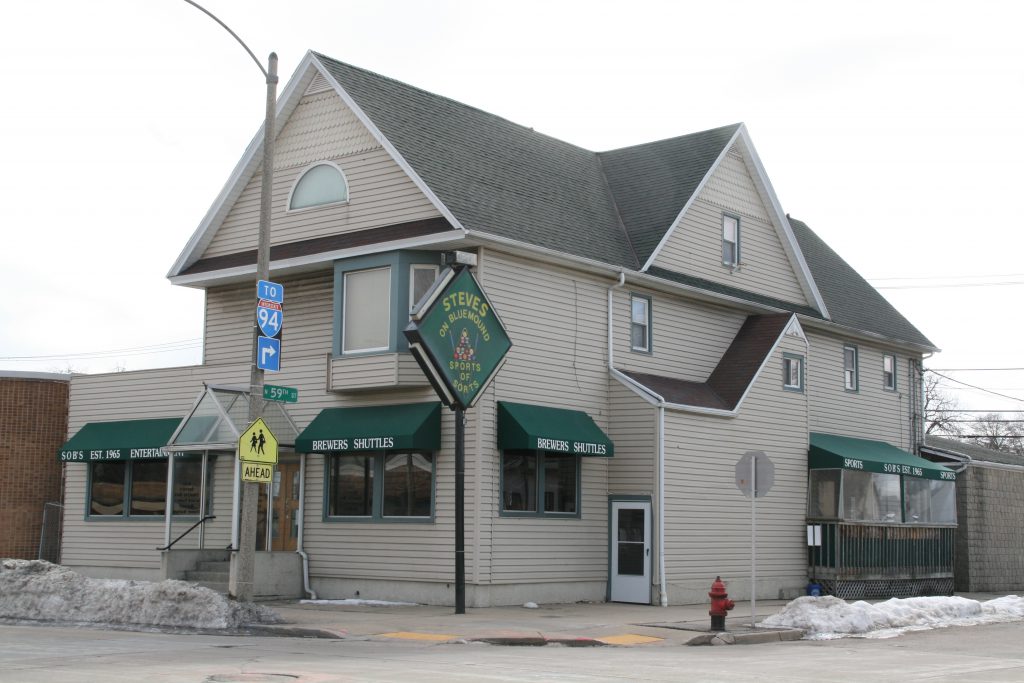 A pub on Blue Mound Road is changing ownership after several decades.

Mark Zierath plans to open Magoo’s on the Mound at 5841 W. Blue Mound Rd. The new bar will replace Steve’s on Bluemound, which had been in operation for more than 50 years.

Magoo’s will offer local craft beers on tap and pub food like burgers, chicken sandwiches and salads. Specials like wings on Wednesdays and fish fries on Friday will be held every night of the week.

Zierath says he wants to replace the building attached to the back of the property and convert it into an outdoor space for patrons.

“I believe that in the post-COVID era, people are going to be gravitating towards indoor-outdoor spaces,” he said. “This space will allow us to bring the outside in and the inside out.”

Garage-style doors on three different walls to let patrons walk freely in and out of the building are a part of the future project. Zierath would need approval from the city for this.

Steve’s On Bluemound, owned by Steven and Sam Salaja, was the first bar that Zierath drank at. He also grew up in Bluemound Heights, so purchasing the property comes with nostalgic value. “It’s almost like coming full circle,” he said. “I know those streets like the back of my hand.”

The proximity to Milwaukee Brewers games at American Family Field and being on high traffic streets – Blue Mound Rd. and Hawley Rd. – made the property an attractive buy as well. Steve’s On Bluemound ran a shuttle to Brewers games at AmFam field, driving almost 500 people per night to games during baseball season. The tavern, fitted with a kitchen, back bar and pool tables, also served as a pregame or postgame stop.

Get a daily rundown of the top stories on Urban Milwaukee
Zierath opened the first Magoo’s in West Allis in 1997, his first business. After operating it for almost eight years, he sold it and moved on to run other bars and restaurants. Zierath currently owns Von Trier, The Red Mill Inn & Pizza and Ella’s Public House.

A license application is currently pending before the Milwaukee Common Council.